Chicago Blues Museum Coming To The Loop In 2019 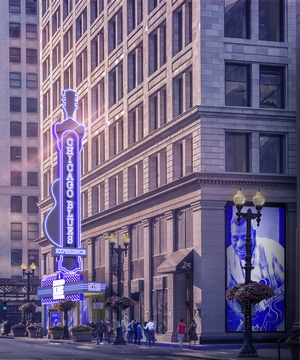 A new museum dedicated to Chicago blues music is being developed downtown. Titled The Chicago Blues Experience, the privately run, multiple-story 50,000-square-foot facility is slated to open in spring 2019 near Millennium Park.

The building, located at 25 E. Washington St., will feature three subterranean levels with an entrance at street level, and a 150-capacity lounge open nightly and serving a small plates menu with live blues from a house band. The performance space will also be used for talks with performers and discussions with authors and guests.

The museum’s development will be advised by Terry Stewart, a former president of the Rock & Roll Hall Of Fame Museum in Cleveland, and Bob Santelli, the executive director of the Grammy Museum in Los Angeles, according to a recent article by Crain’s.

According to Stewart, the multiple levels of the museum will move visitors through the music’s West African roots, its history in the American South and its eventual travel north to Chicago via the Great Migration in the early 20th century, including recreations of Maxwell Street, Chess Studios, an exploration of the British Invasion and contemporary examples of the blues genre’s influence.

The museum will be designed BRC Imagination Arts, a company that produced installations for the Abraham Lincoln Presidential Library, the Grand Ole Opry and the National Museums of Liverpool, England, amongst others.

In addition to the physical museum, the creators intend to start an associated foundation to create community-based programs forcity neighborhoods and curriculum for teachers to incorporate into classrooms.

The museum will be one of five Grammy Museum Affiliates, allowing the institution access to Grammy Museum exhibitions, research programs, technical support and curriculum.

The Chicago Blues Experience had originally attempted to open at Navy Pier, but was rejected last April when Pier authorities opted to instead sign a lease for a hotel development. 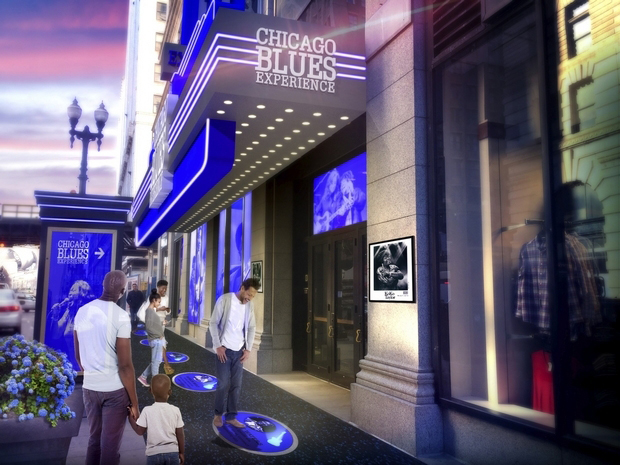