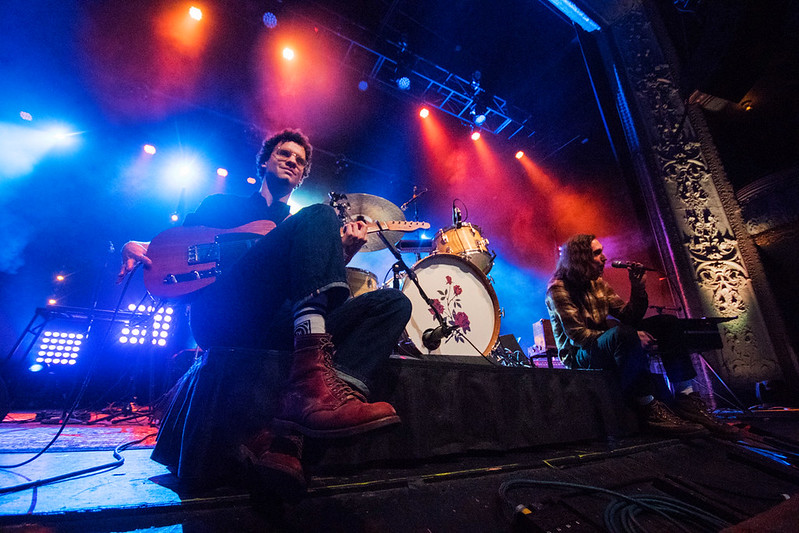 Whitney is a band that's all about love, so a hometown Valentine's runs suites them fine.  I caught the third and final night of the series at Thalia Hall, and all the pieces were in place, save for their trademark pause for a kiss, which was notably absent.

Maybe it was lip service, but singer/drummer Julien Ehrlich claimed it was the best night. Like last year's appearance at the Pilsen venue, the band members' friends, family and parents were in the audience. Julien cautioned that his dad "may even come out of the balcony and brave the floor tonight". 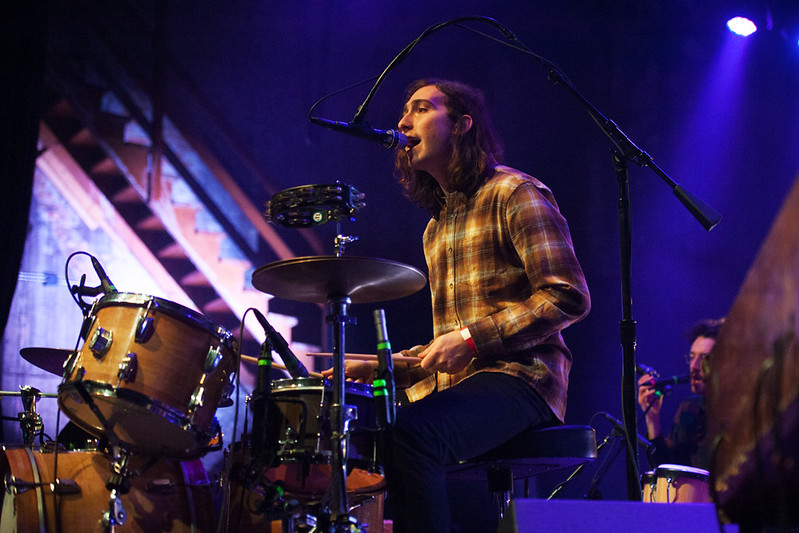 Coming up on two years since the release of Light Upon the Lake, the band still leans heavily on its contents, but tosses in a handful of covers as well.

A string quartet rounded out the sound during the second half of the show,  It was an embarrassment of sonic riches, as the primary bend members don't hesitate to jump over to different instruments throughout the night. 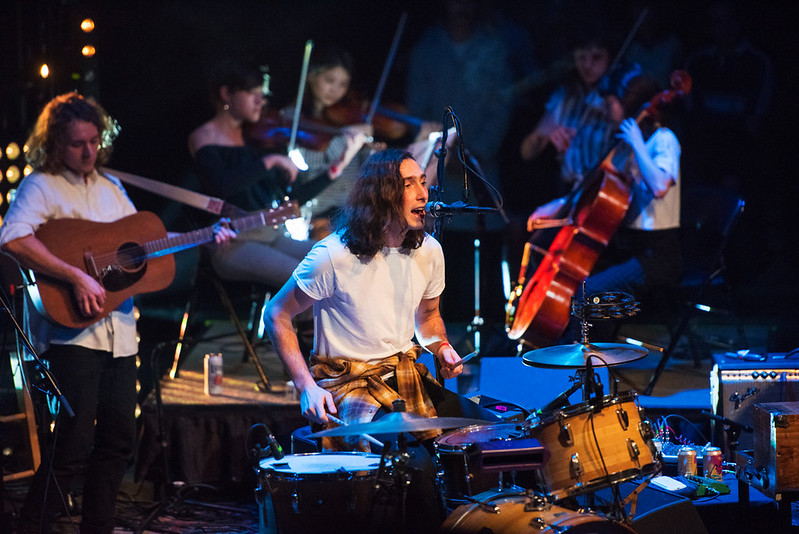 The young band tipped their caps throughout the night to the classics, opening the show with a Dolly Parton cover ("Gonna Hurry (As Slow As I Can)"), and dropping Neil Young, Bob Dylan and NRBQ covers throughout the main set.

Framed around these, each Whitney song sounds fresh and authentic.   The encore found "No Woman" split between another pair of covers -- Allen Toussaint's "Southern Nights" and The Temptations' "My Girl" -- before ending with "Golden Days". 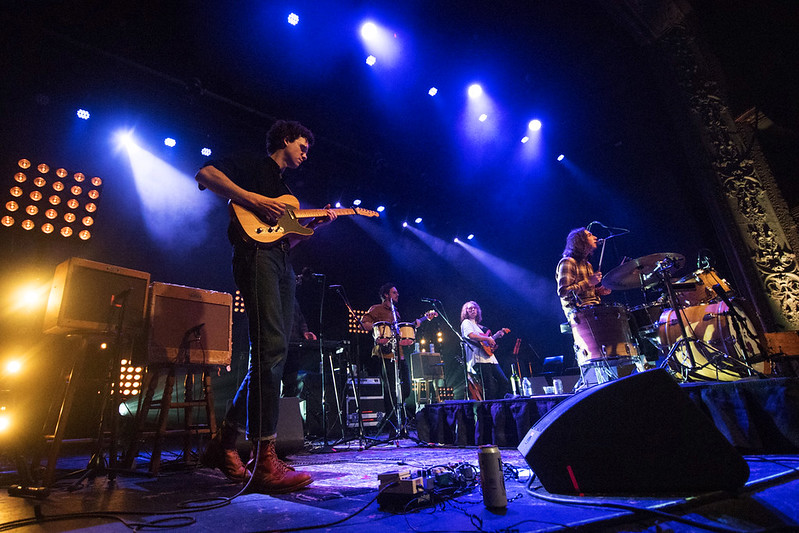 The show felt just exactly right, even down to the lighting design. Like the band, the visuals offer something dynamic but still somehow not trying too hard.  Easy and not overwhelming, Whitney occupies a space that taps into the classic sounds of multiple genres, while settling into its own unique voice. 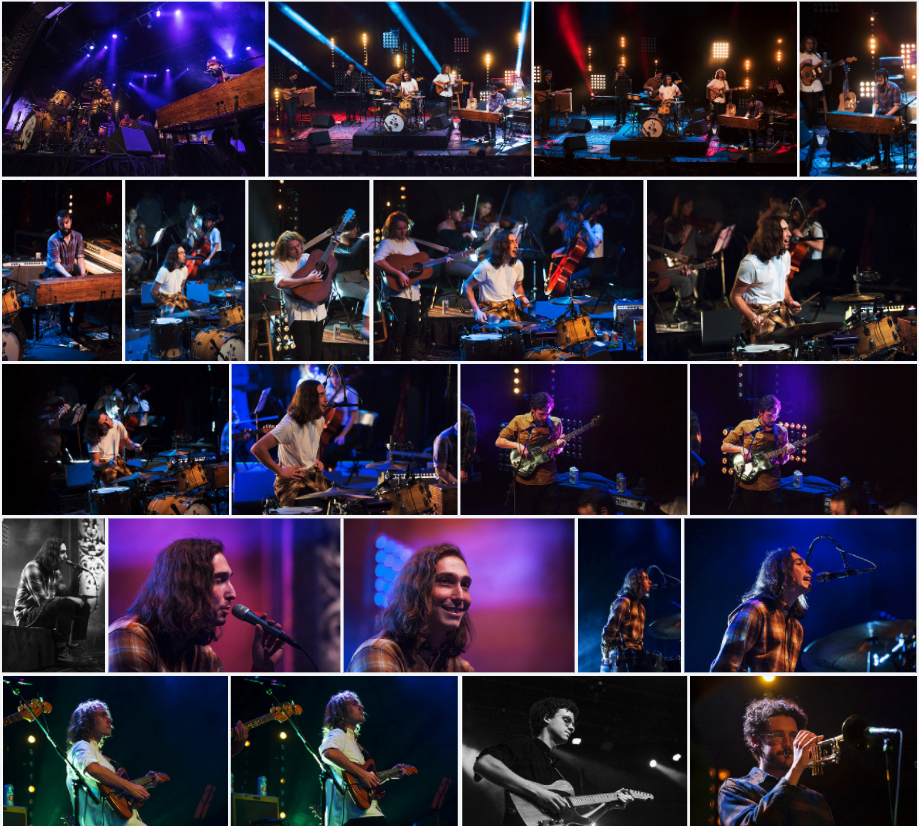