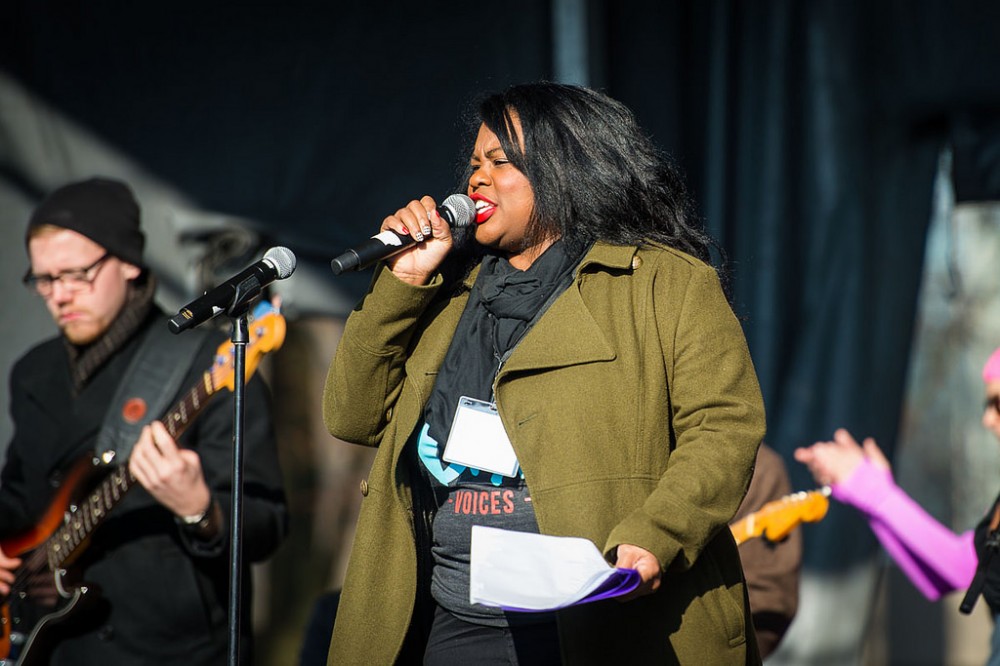 A lot was made of "intersectionality" at the Women's March in Chicago on January 21st. That's the fancy way of saying "overlap" when it relates to social groups, especially groups that are marginalized politically. 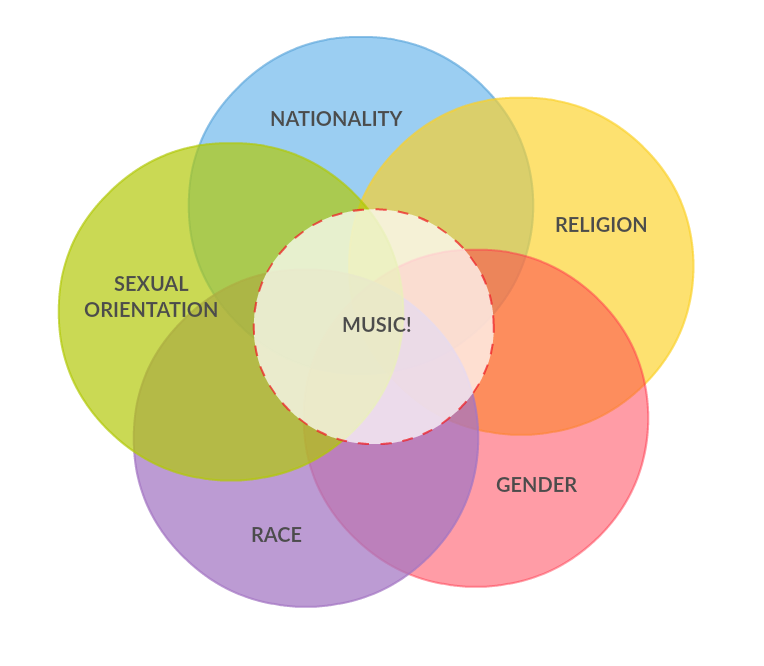 It occurred to me that all this talk of intersectionality between different social groups was also a way of describing unity. Music was a strong unifier as the rally started around 9am. The single solo voice of Lucy Smith floated across Grant Park from a small stage set up behind the Art Institute on Columbus Drive. It called to the thousands of rally-goers who were arriving on foot and streaming into the park.

She was followed by The Full Course Press Band who brought some Mardi Gras vibes -- a perfect partner to Mother Nature's sunshine that was starting to warm up the crowd. 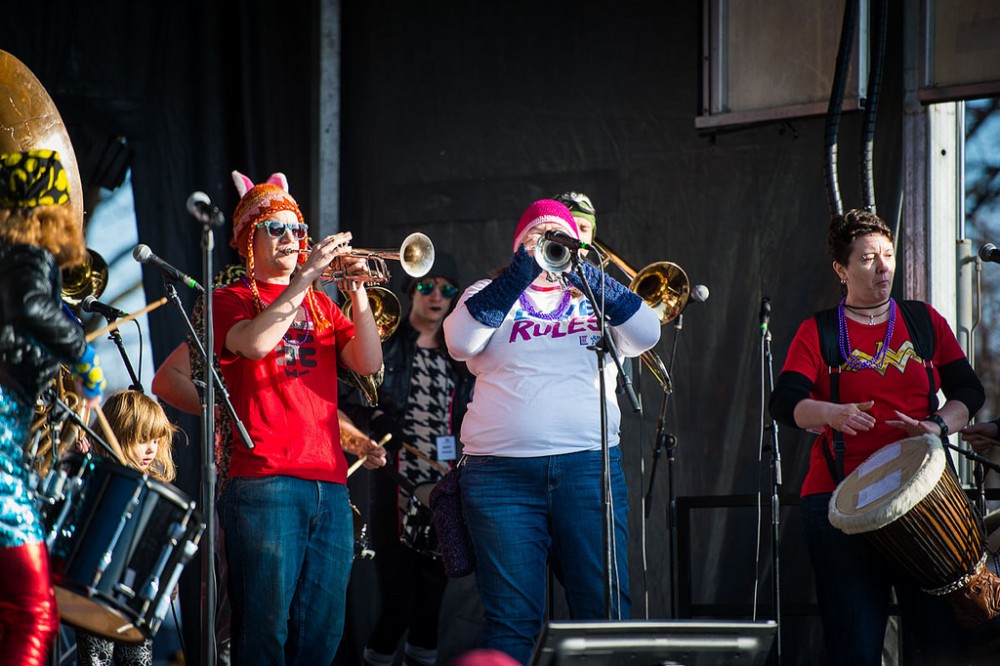 The Lights of Zion and So Chi Voices gospel groups wrapped up the musical prelude before speakers started to address the crowd. 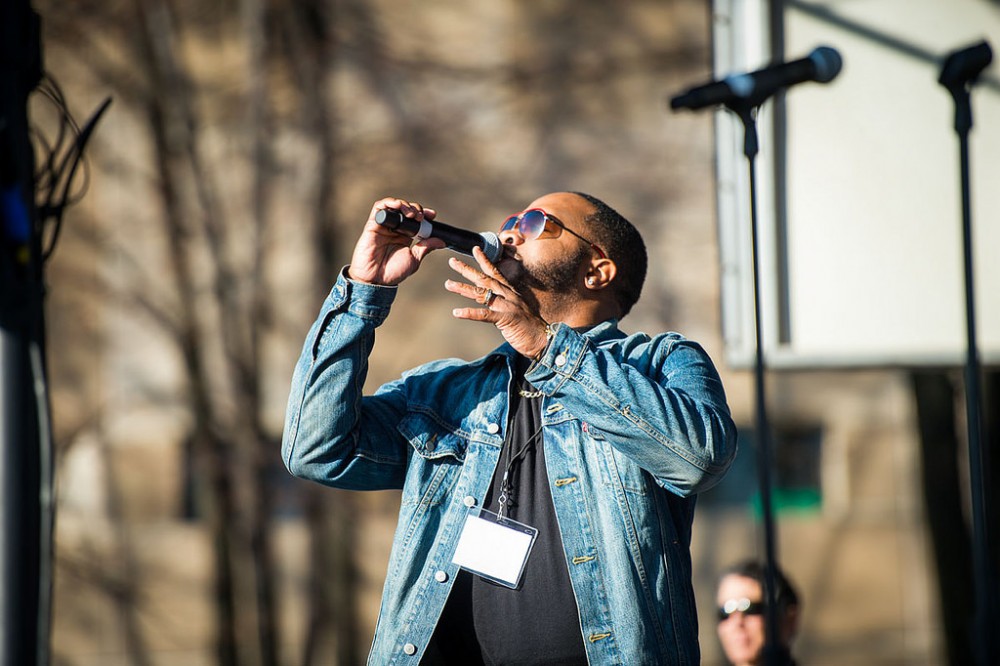 Amongst the politicians, activists, clergy, and dignitaries that took turns on the small stage, members of the cast of Hamilton had a moment to shine, singing "Let It Be". 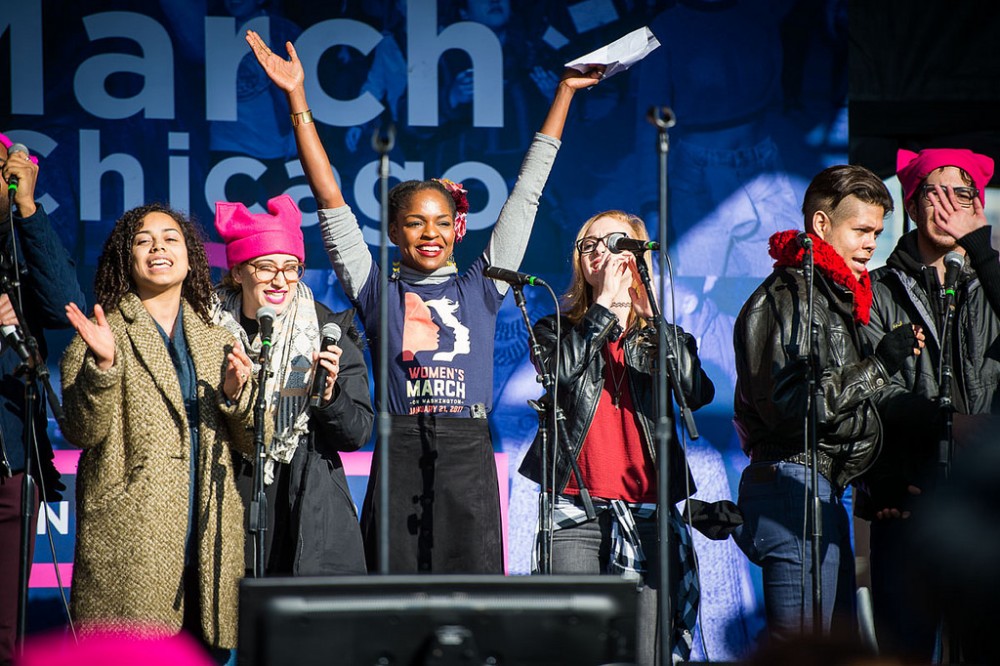 Some may have spotted Wilco's Jeff Tweedy in the crowd.

Music held the morning together. It included everyone, it went beyond intersections.

Speaking of which, intersections, the concrete kind, were a big part of the morning too. 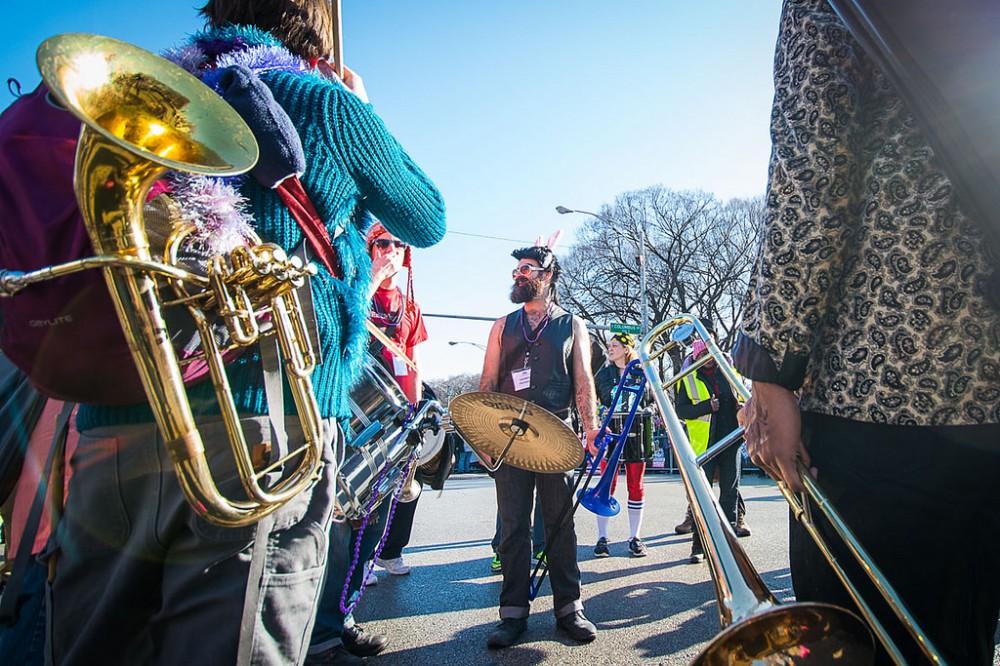 Behind the scenes a decision was being made about the safety of holding a formal march. More people had shown up than planned and the streets of Chicago were already too full. The organizers told the crowd to rally in place, celebrate the morning, then disperse. What actually happened was that a small section of the crowd just west of the Jackson/Columbus intersection turned themselves around 180 degrees, exited the rally and started to march west on Jackson and up La Salle through the loop. 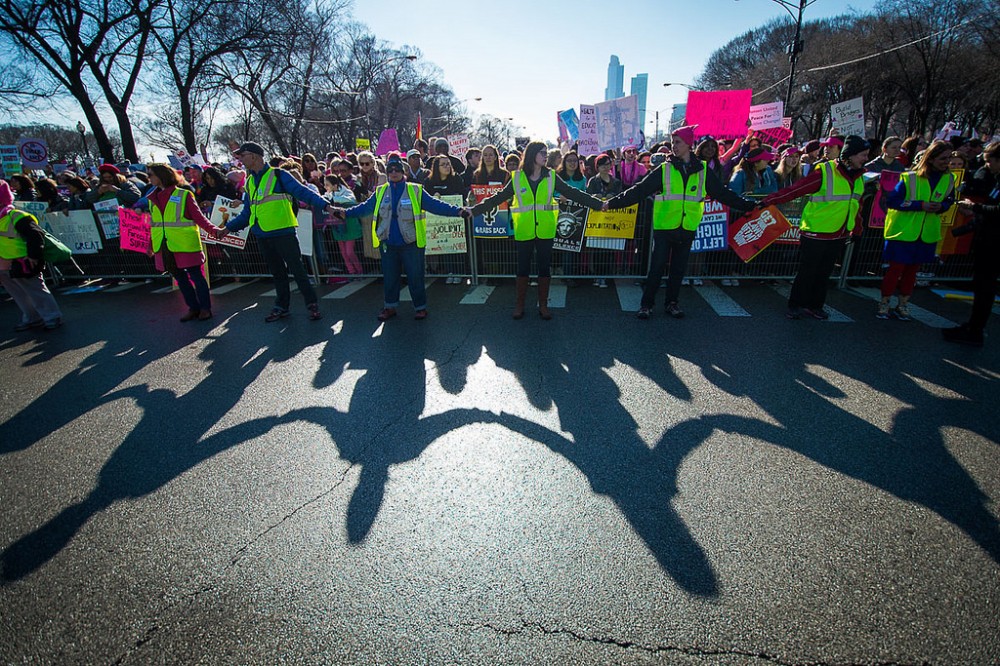 Once it was obvious that this section of street was going to open up, the bulk of the crowd positioned at the south section of the Columbus intersection followed behind. Thousands streamed out of the park in their happy show of solidarity.

Maybe "unity" is just too simple of a word these days -- what we need is something to describe the confluence of ideas, art and action.  Saturday was a good start. 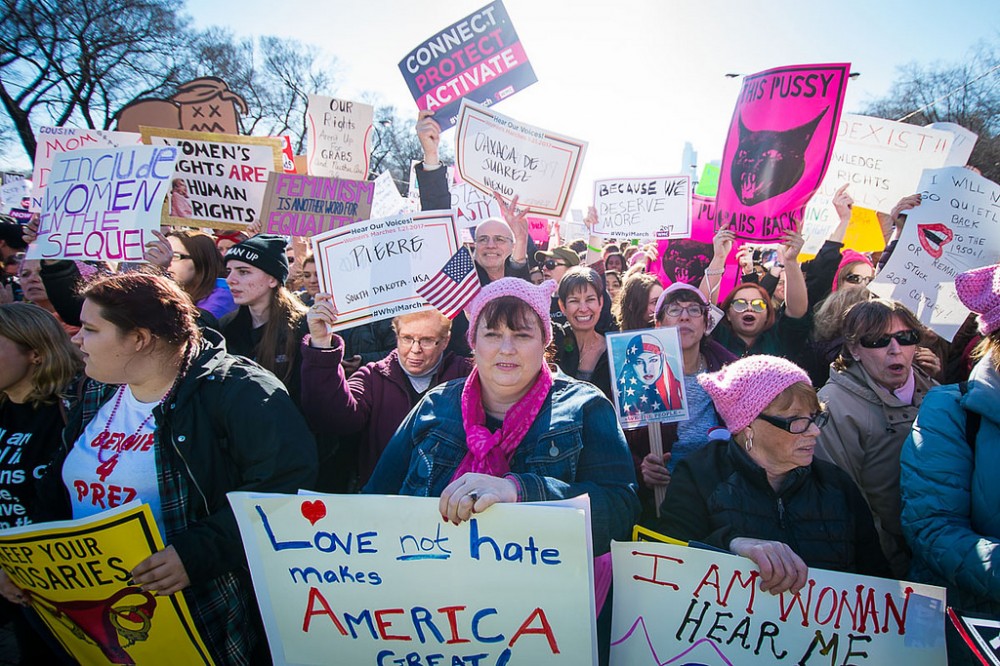 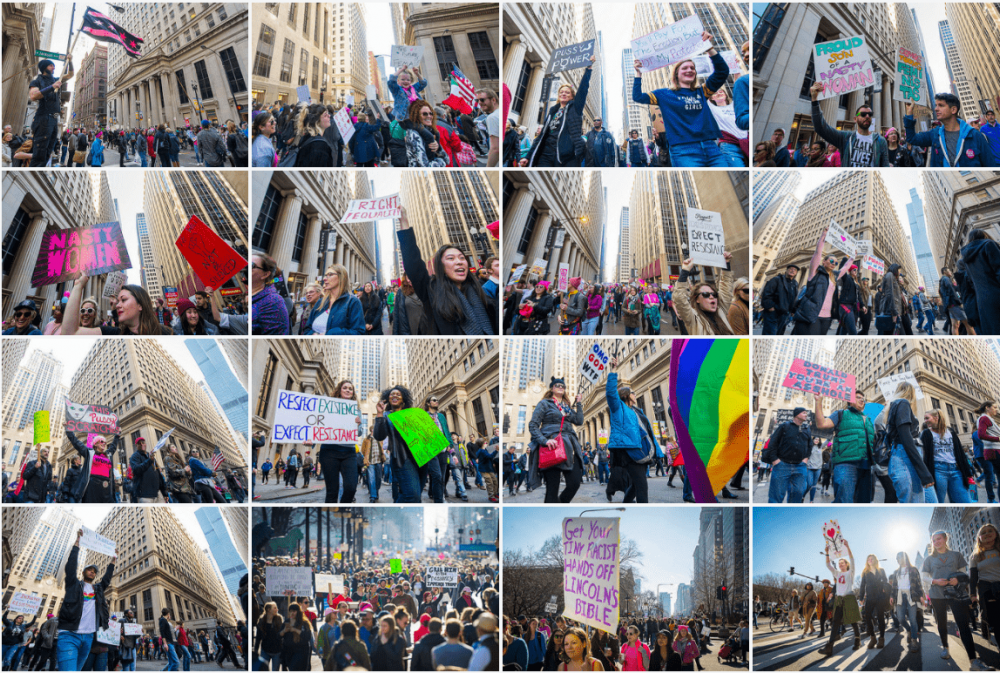 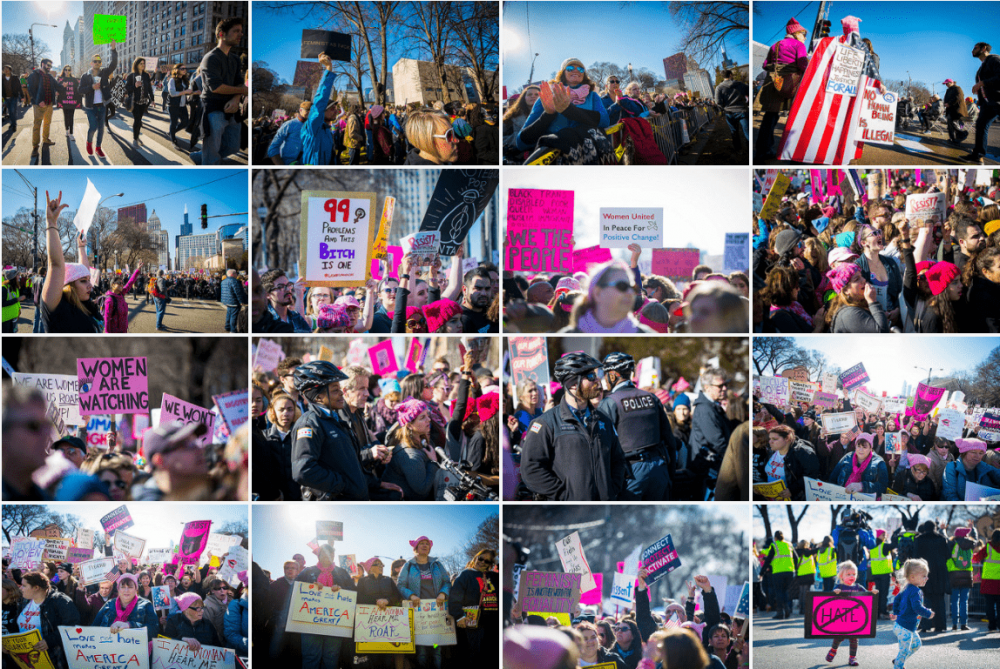 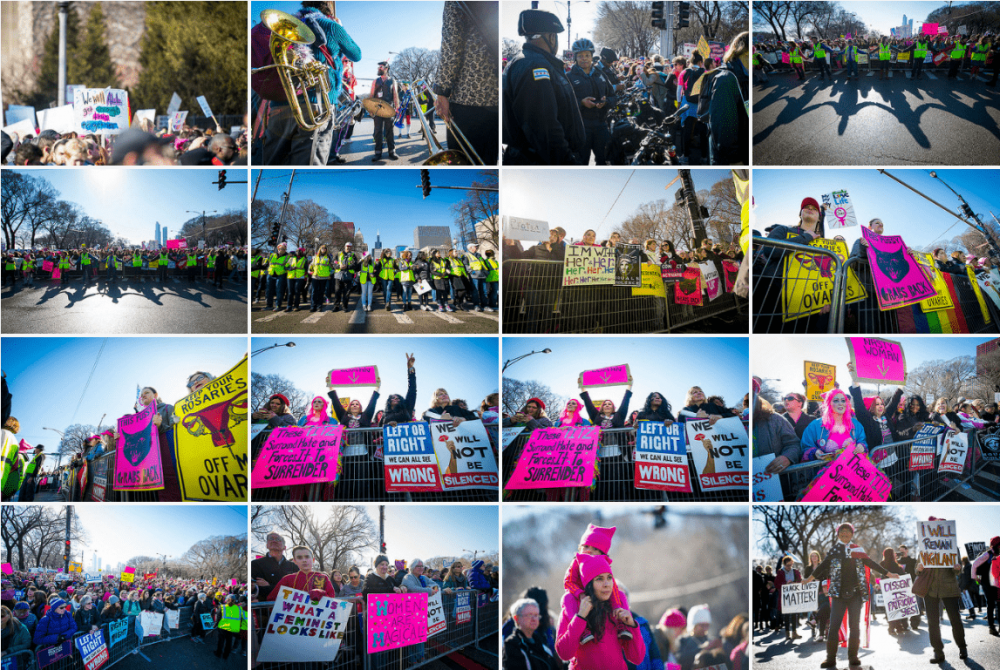 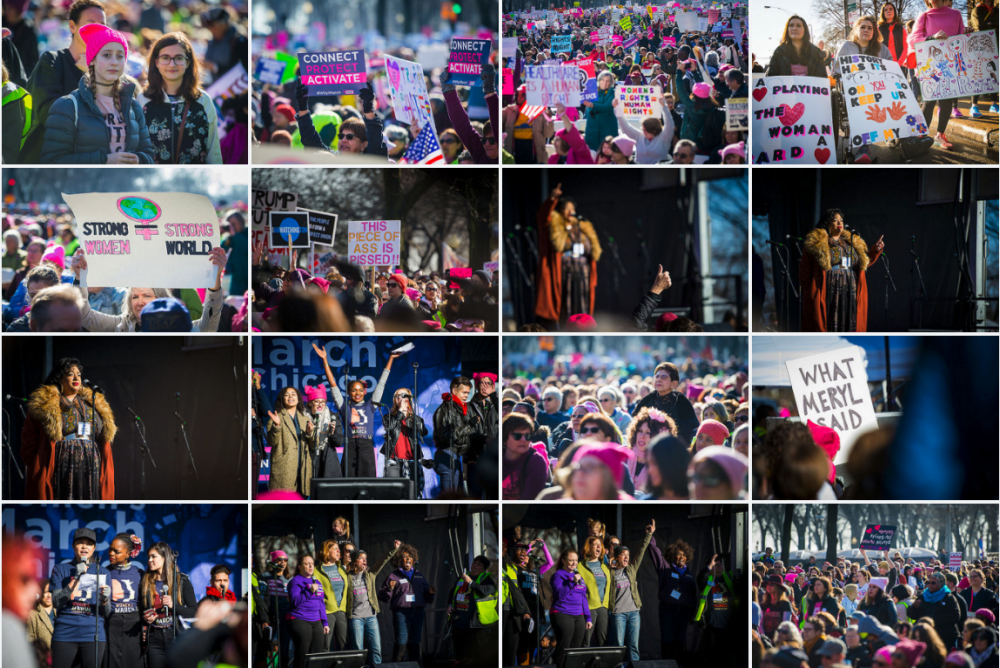 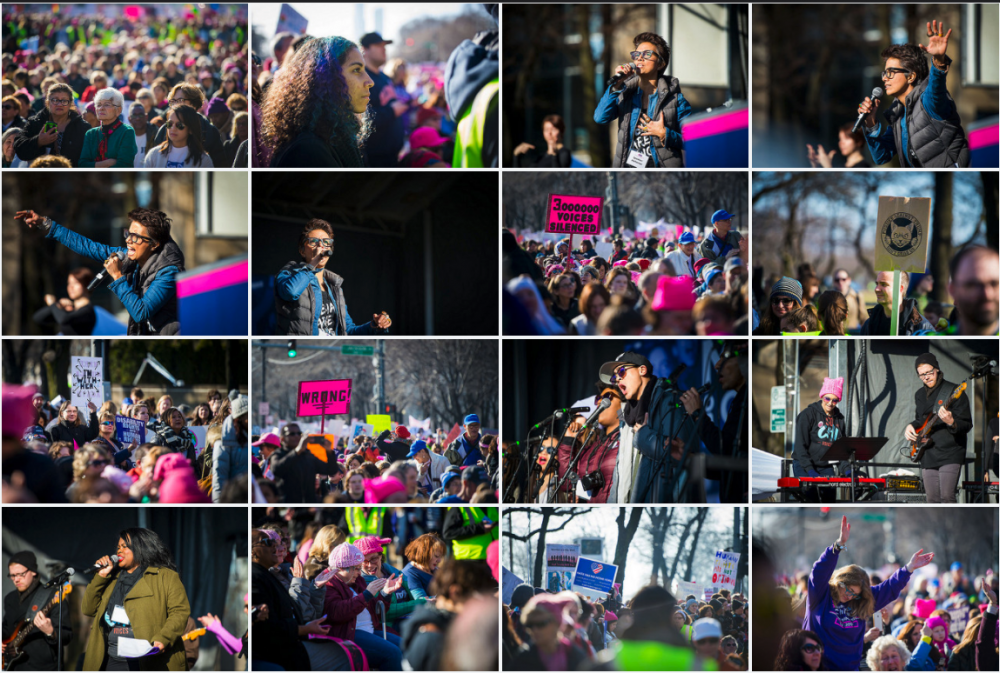