Over 500,000 people recently flocked to Grant Park for the 33rd Chicago Blues Festival. Behind the beautiful backdrop of the city’s high-profile skyline, fans enjoyed blues from a variety of traditional and contemporary artists.  This year’s festival ran from June 10th through June 13th. 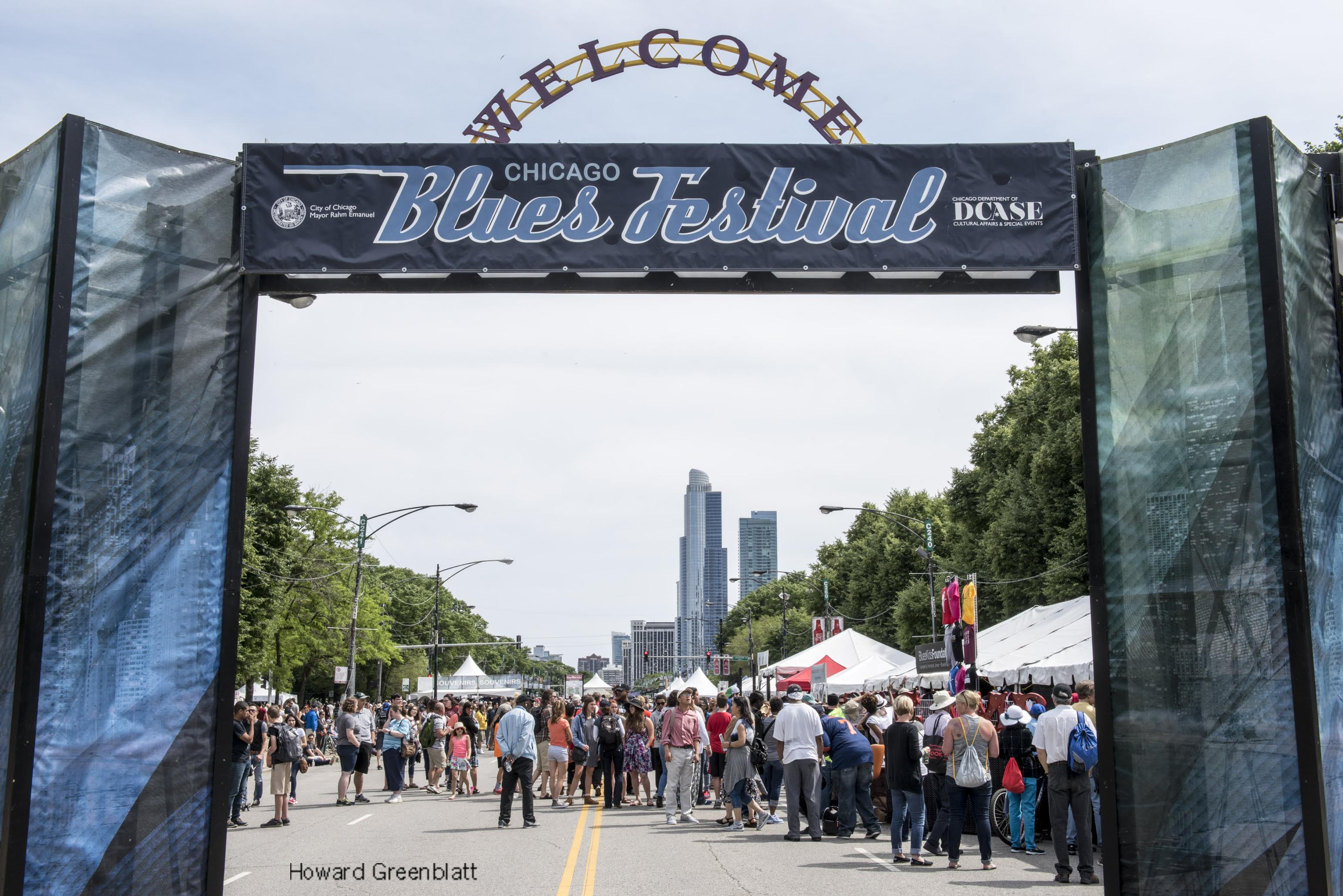 Friday was a celebration of Alligator Record’s 45th Anniversary and many of its best and brightest were booked to play at Blues Fest. 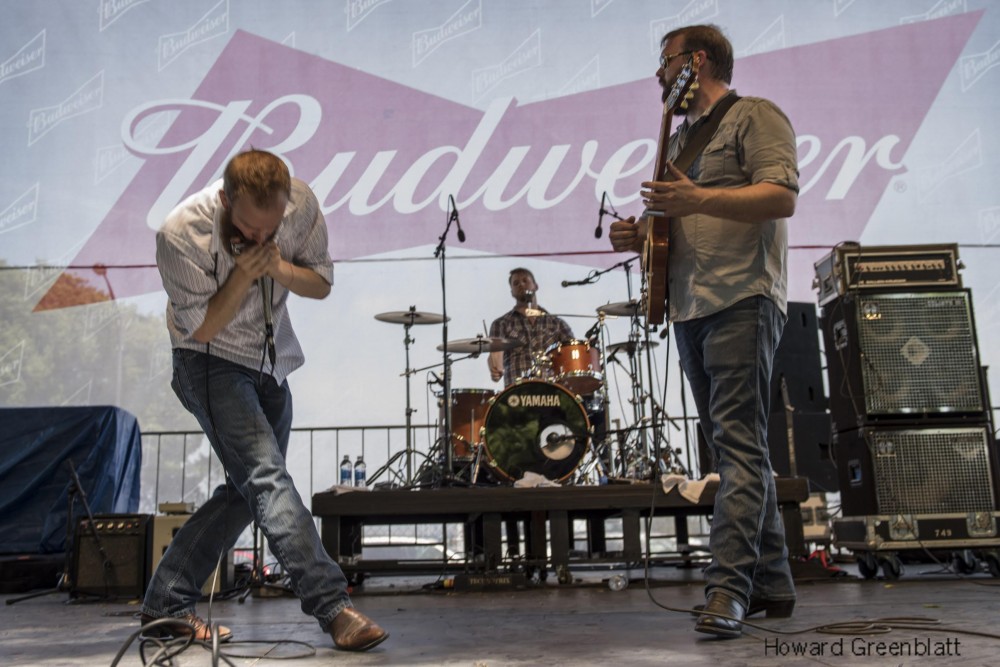 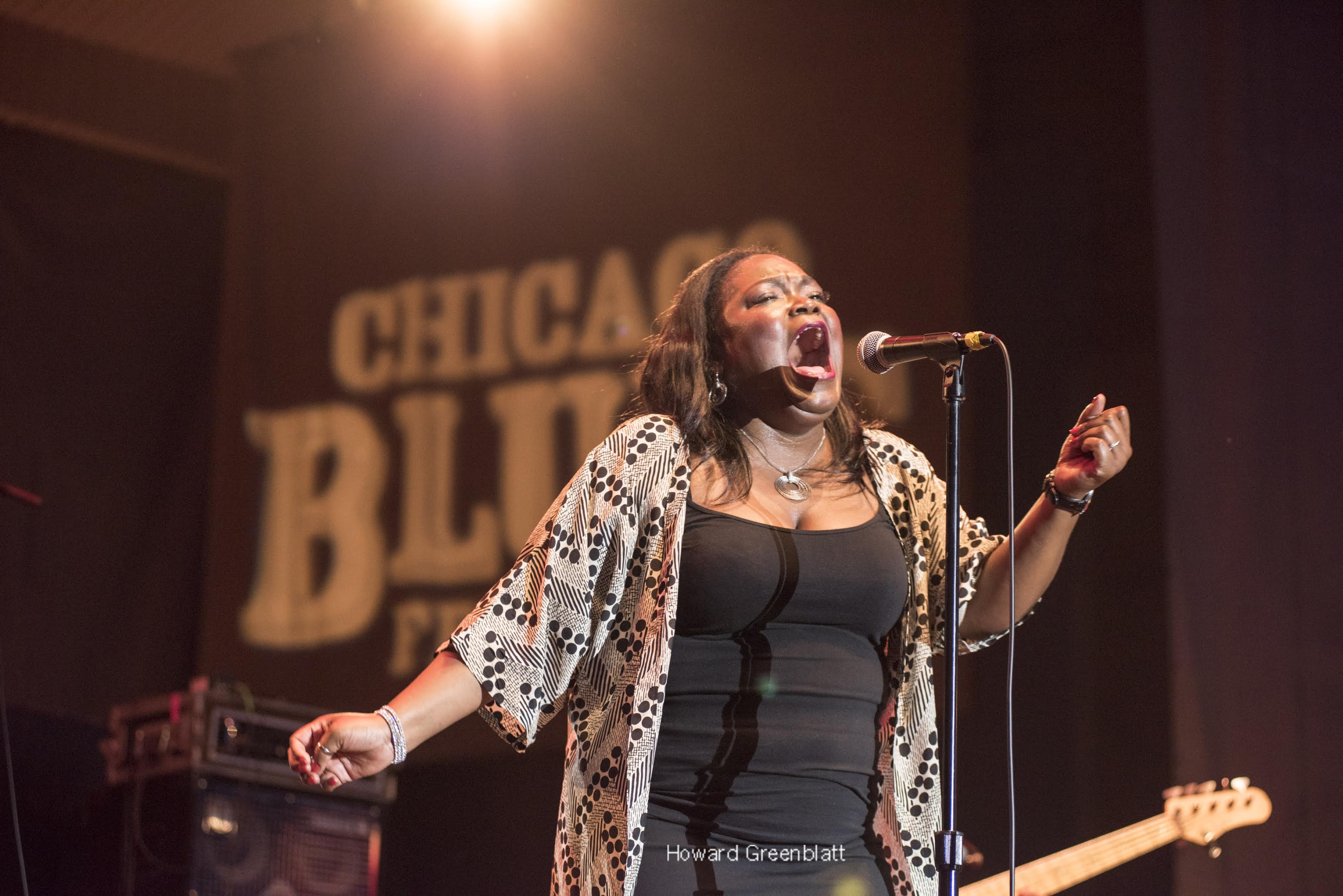 The Kansas trio of Moreland and Arbuckle played on Friday afternoon at the Budweiser stage. With influences ranging from North Mississippi and Delta blues to Hound Dog Taylor, this energetic band of up-and-comers have added their own personal spin on traditional blues. 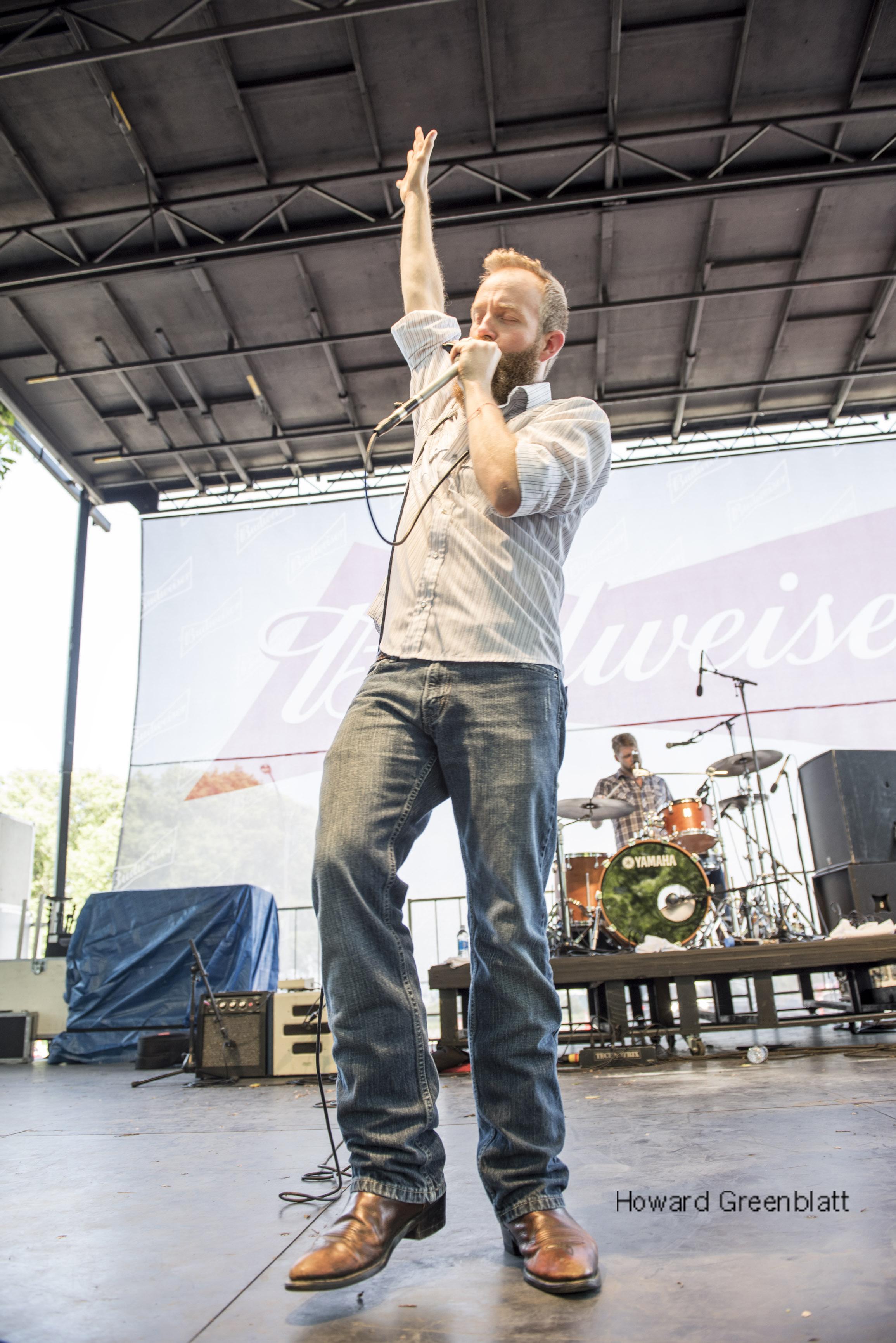 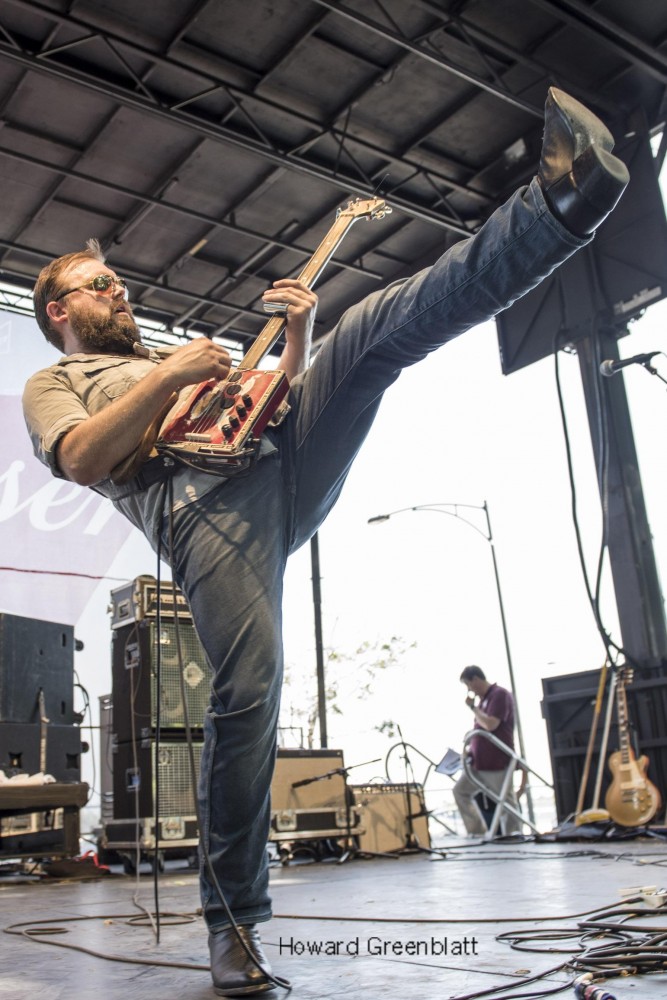 Playing the Pepsi Front Porch Stage, “The Legends of their Blues” lived up to their billing with an impressive set and a talent-studded lineup that included Sam Lay, Corky Siegel and Marcella Detroit. 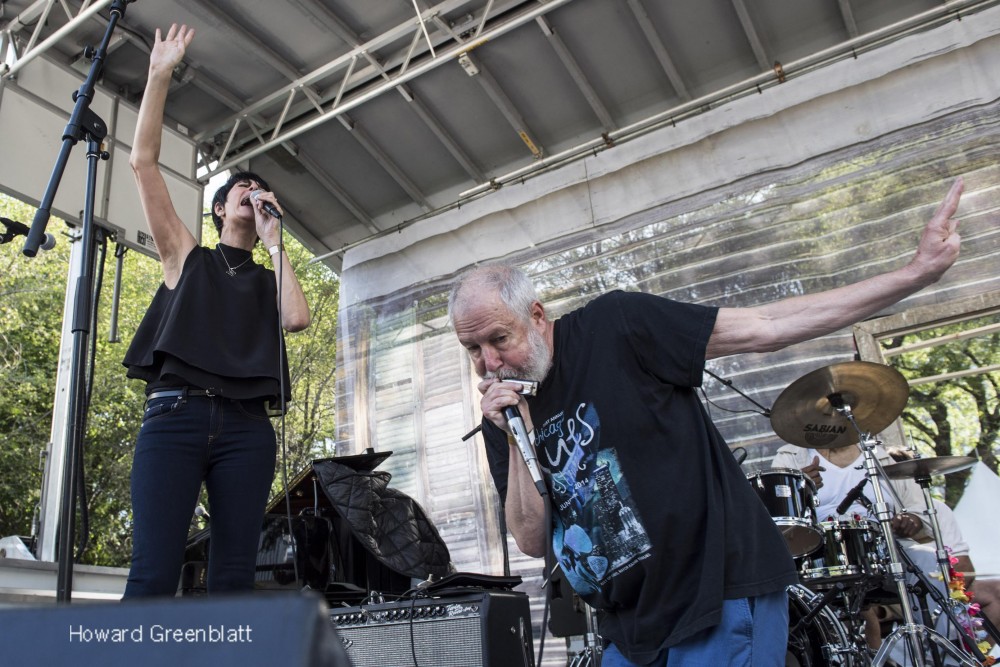 With a resume that includes everything from playing with Little Walter and Willie Dixon to Bob Dylan, Muddy Waters and more, drummer Sam Lay has been providing the backbeat for musical luminaries since 1957. He’s been inducted to the Blues, Jazz and Rock & Roll Halls of Fame and is still going strong at 80 years young! 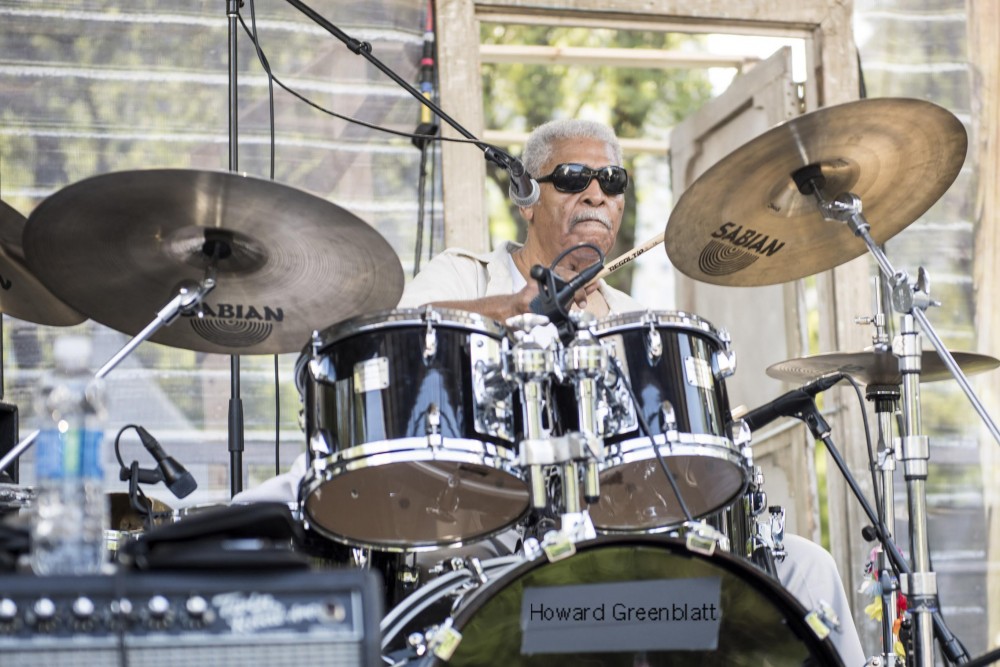 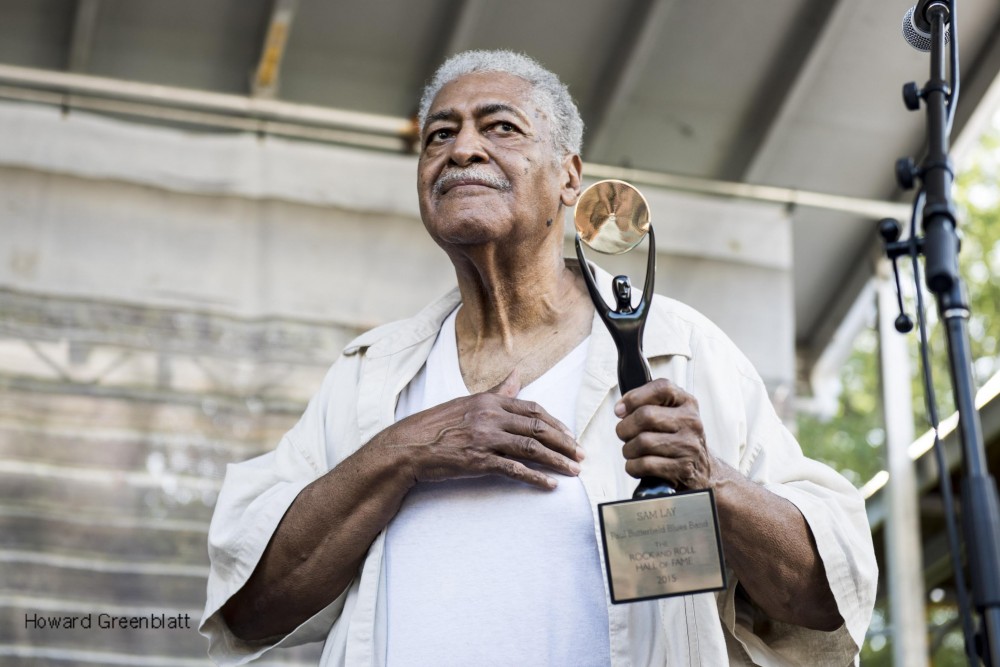 A Motor City force of nature, soprano Marcella Detroit enthralled the crowd with her soaring vocals and stage presence.  She started her career with fellow Michigan native, Bob Seger. She also sang background vocals on some of Eric Clapton’s most popular songs and co-wrote “Lay Down Sally” and scores of other tunes. 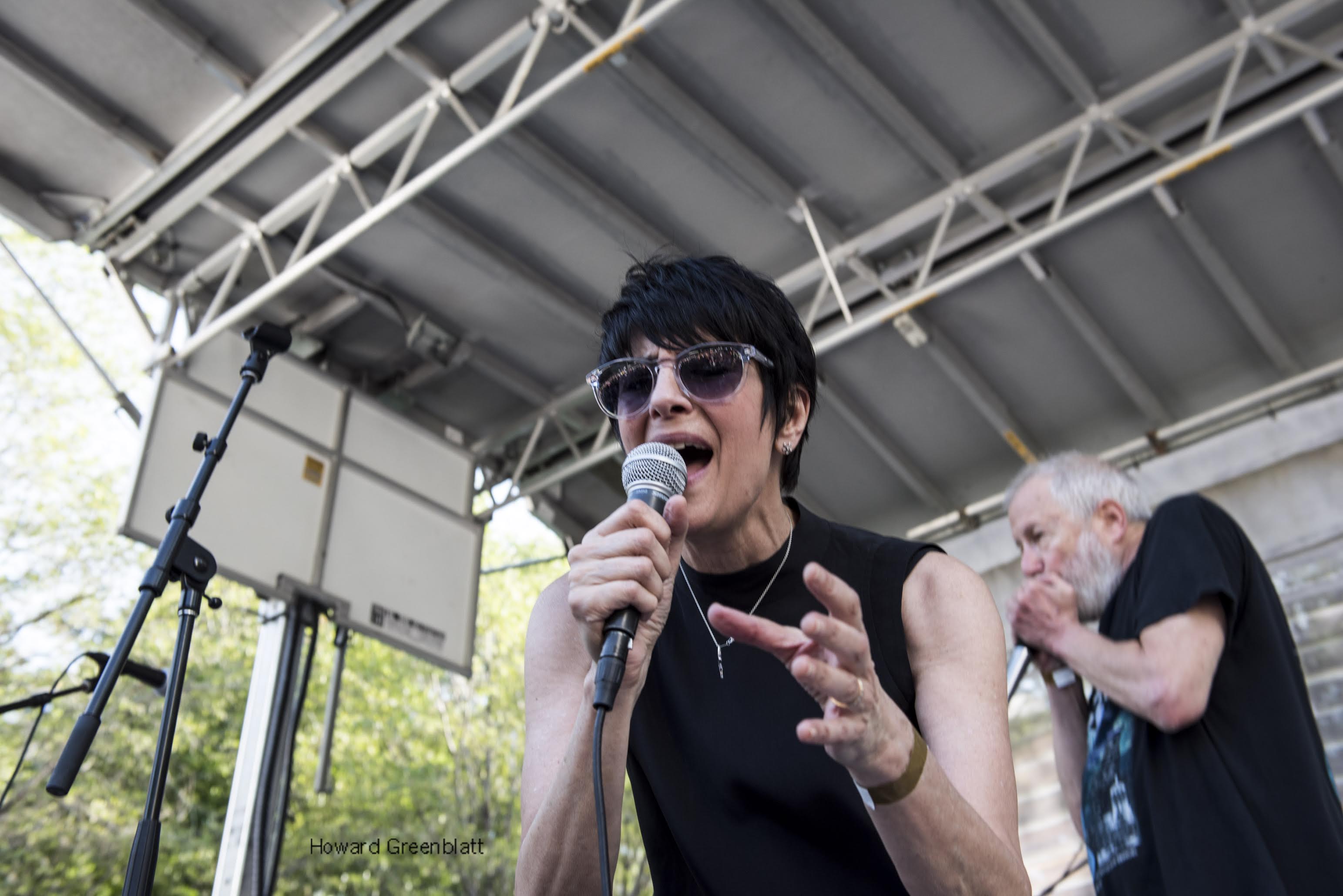 Corky Siegel’s musical career began right in the shadows of Grant Park. As a Roosevelt University music student, he met Jim Schwall and founded the Siegel-Schwall band that gained prominence in the seventies.  Besides belting out a mean blues harmonica, Siegel proved he could bang the old ivories with the best of them. 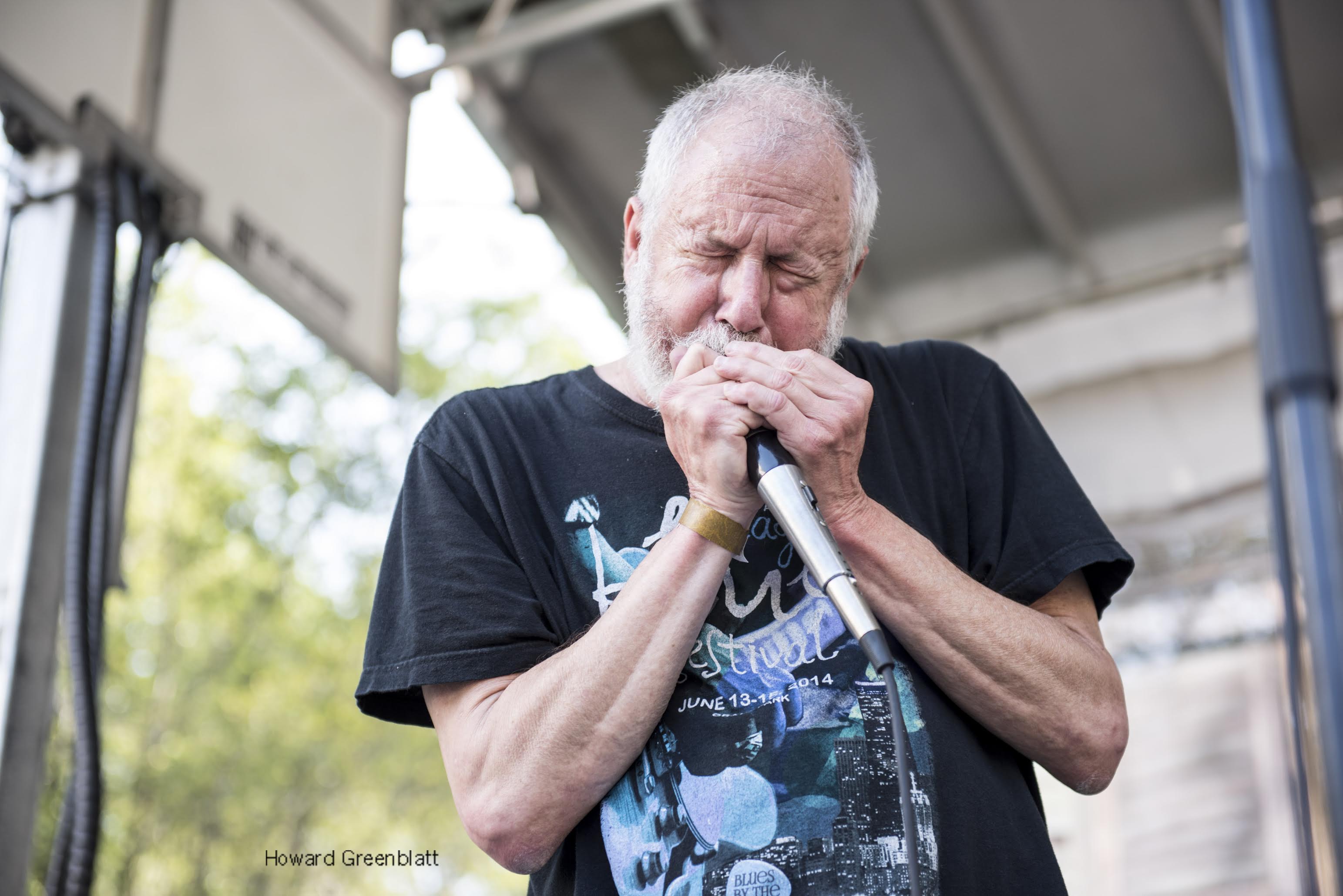 As the hot sun started to sink into the skyline, the action moved over to the Petrillo Band Shell for the headline acts including Tommy Castro and the Painkillers, Lil’ Ed and the Blues Imperials and Shemekia Copeland. 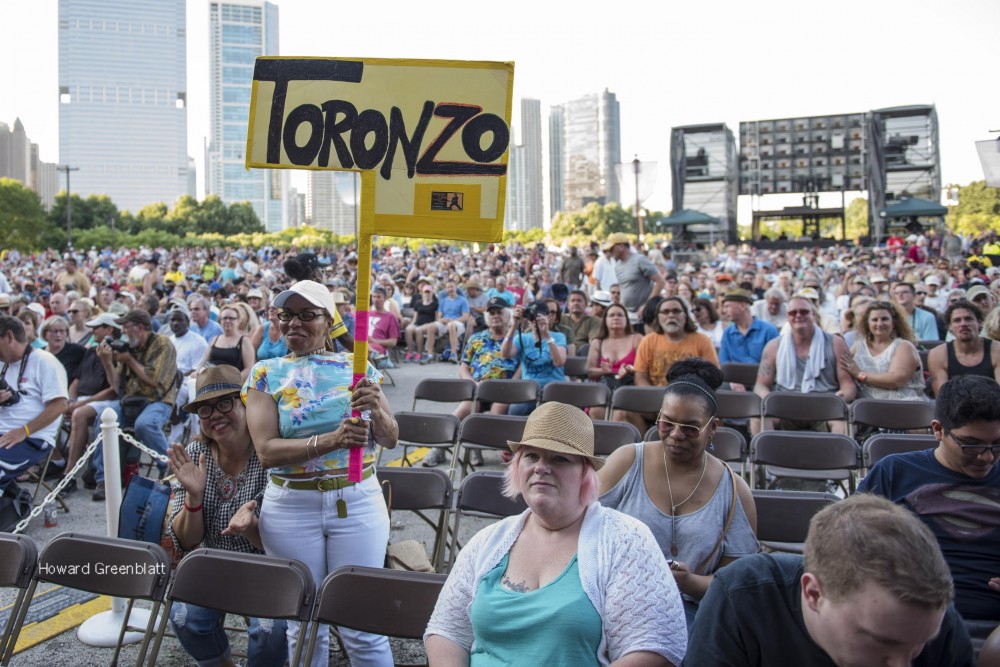 Bay area bluesman, Tommy Castro, obviously relished his first time on the main stage and put on a smoking set of R & B infused blues with a soulful, spot-on vocal delivery. 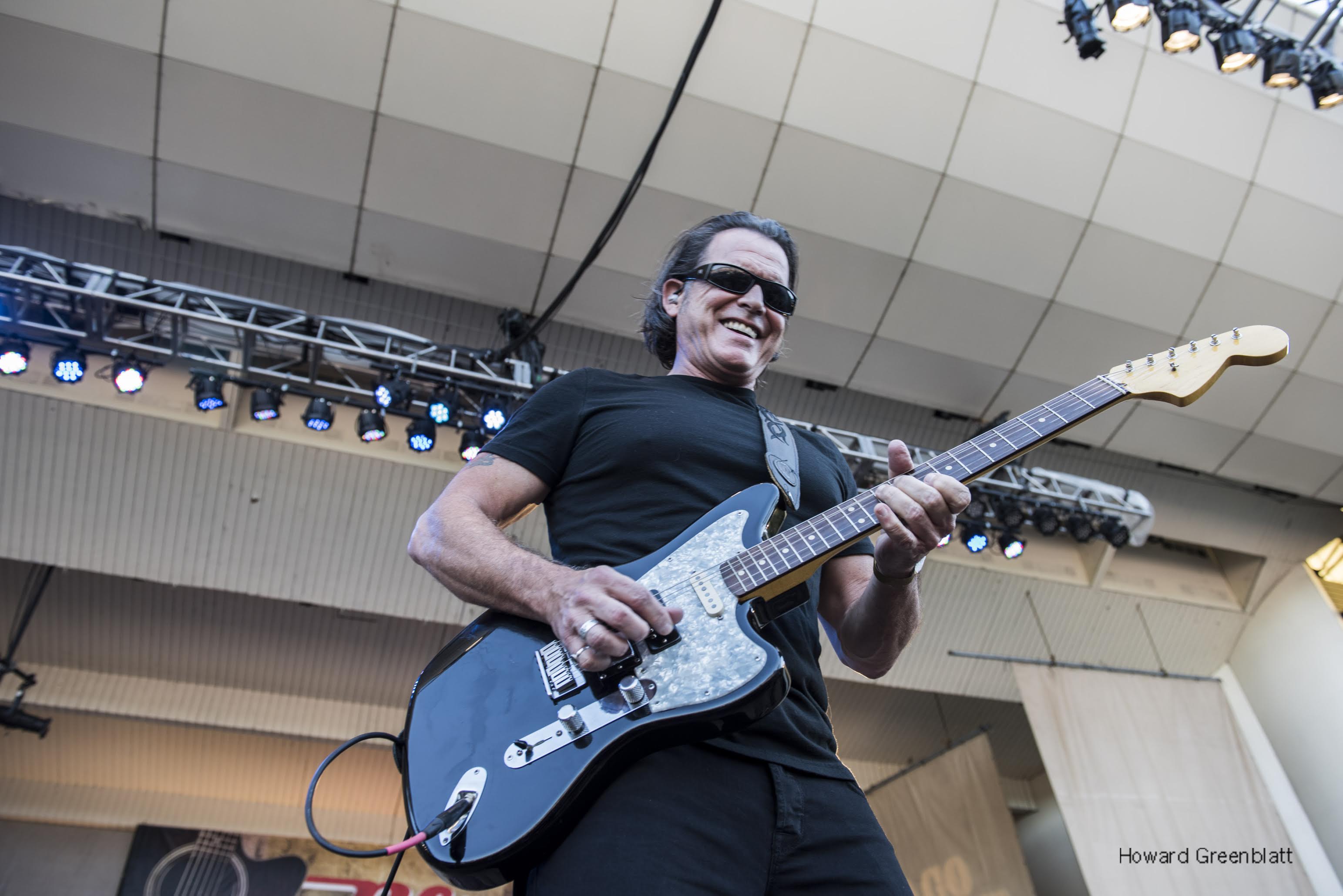 Chicago-based bluesman, Toronzo Cannon once again made the most of his time on the Petrillo stage and played a few songs from his “Chicago Way” CD. He then teamed up with Castro for some serious guitar interplay. 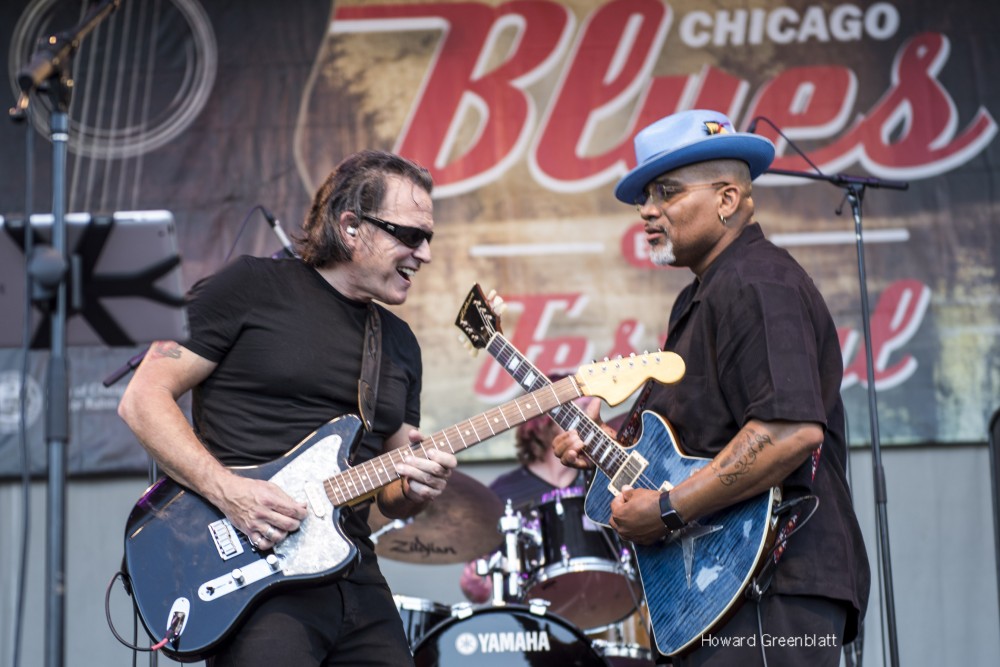 The always-entertaining Lil’Ed followed Castro for some slide guitar wizardry and superb showmanship. His band, the Blues Imperials, proved that they were more than up to the task of playing before the masses on the main stage. 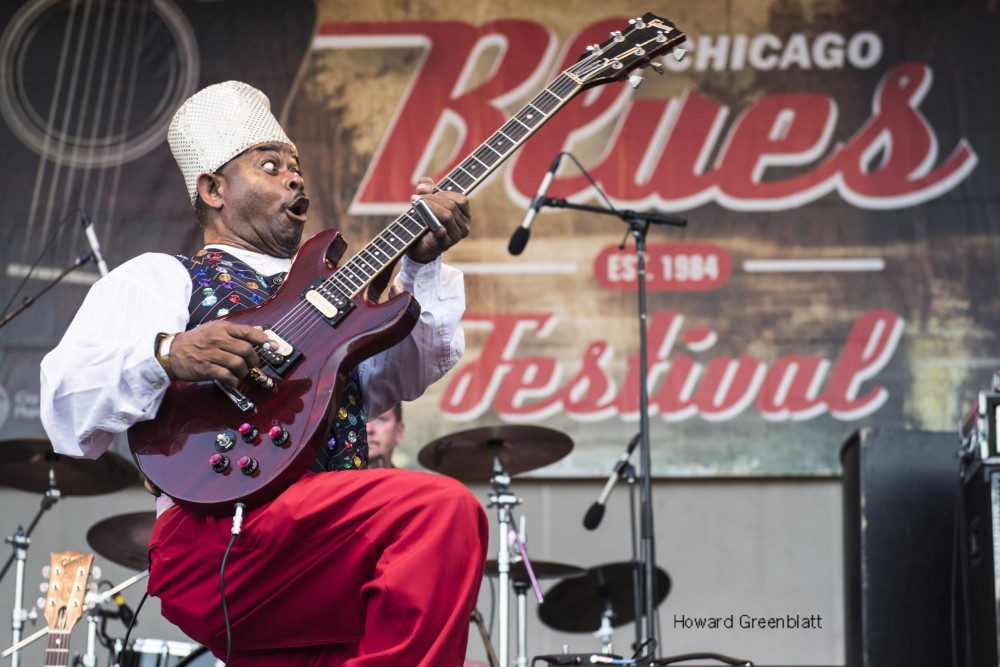 Fresh from his stint on the Front Porch stage, Corky Siegel joined Lil’ Ed. The pair put on a rousing performance with some serious guitar licks and harmonica riffs. 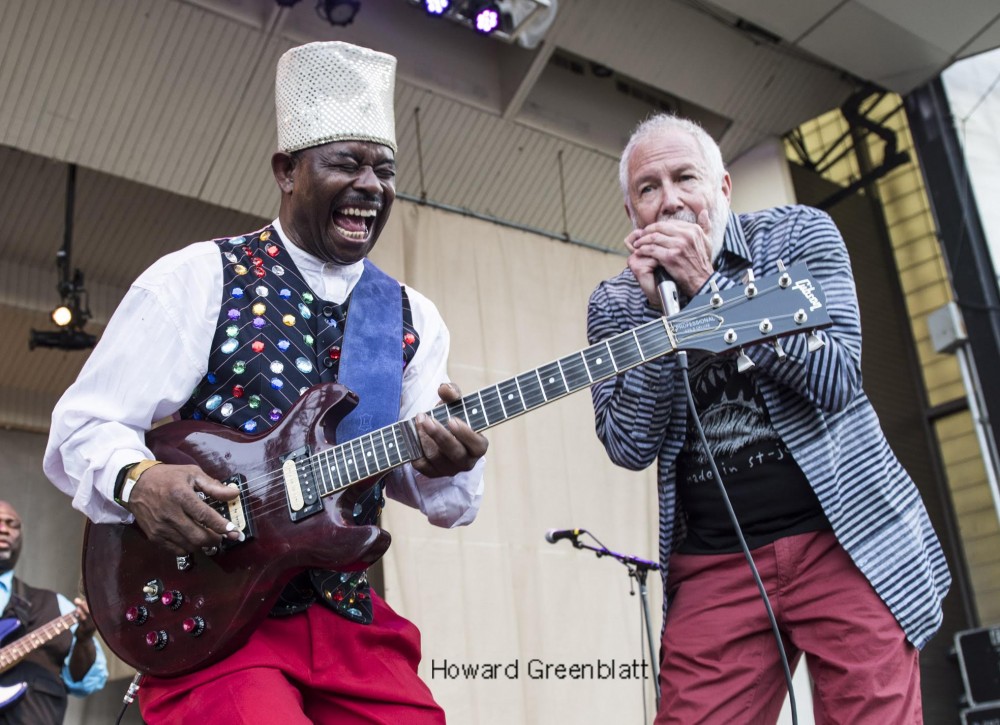 Shemekia Copeland closed out the show on Friday night.  Before her performance, she received the “Contemporary Blues Female Artist Award” from Barbara Newman, President and CEO of the Blues Foundation. 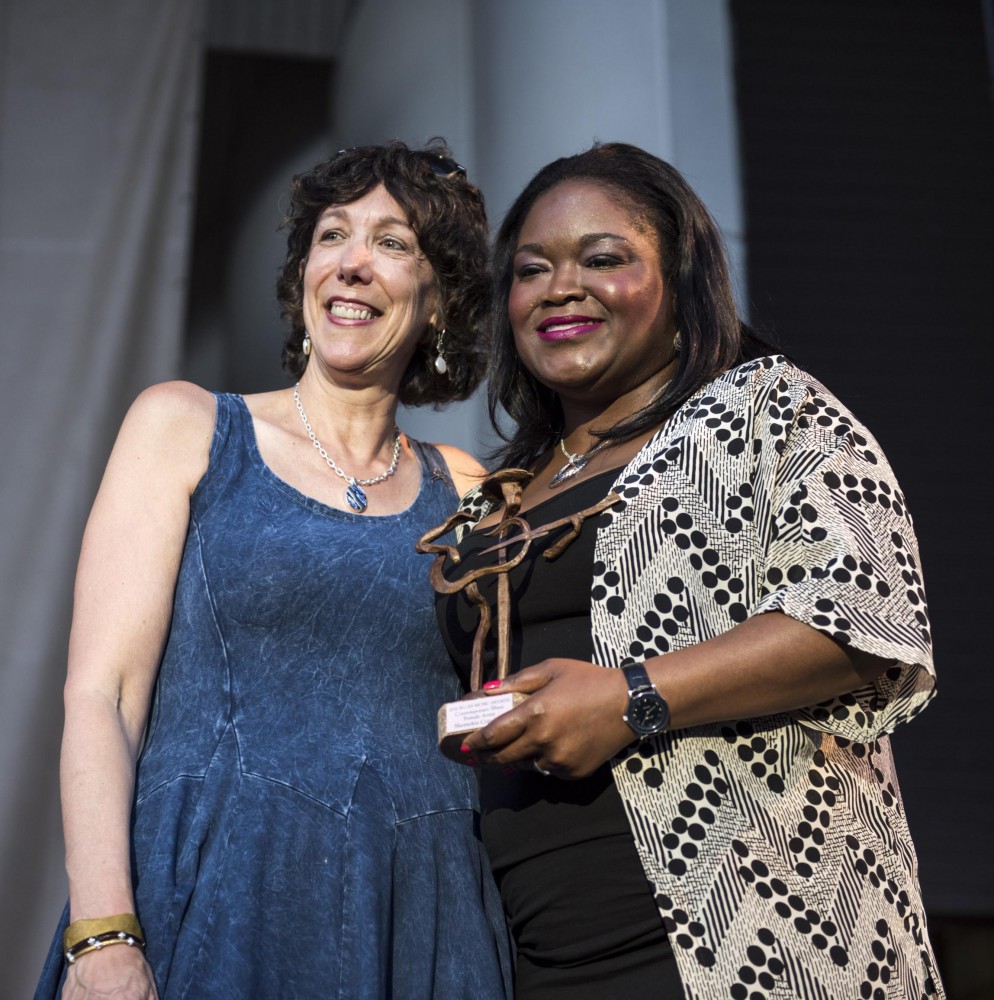 Copeland then launched into a cut from her new Outskirts of Love CD. Her powerhouse vocals filled the farthest reaches of Grant Park, while her rousing performance sent tens of thousands of blues lovers home on a happy note. 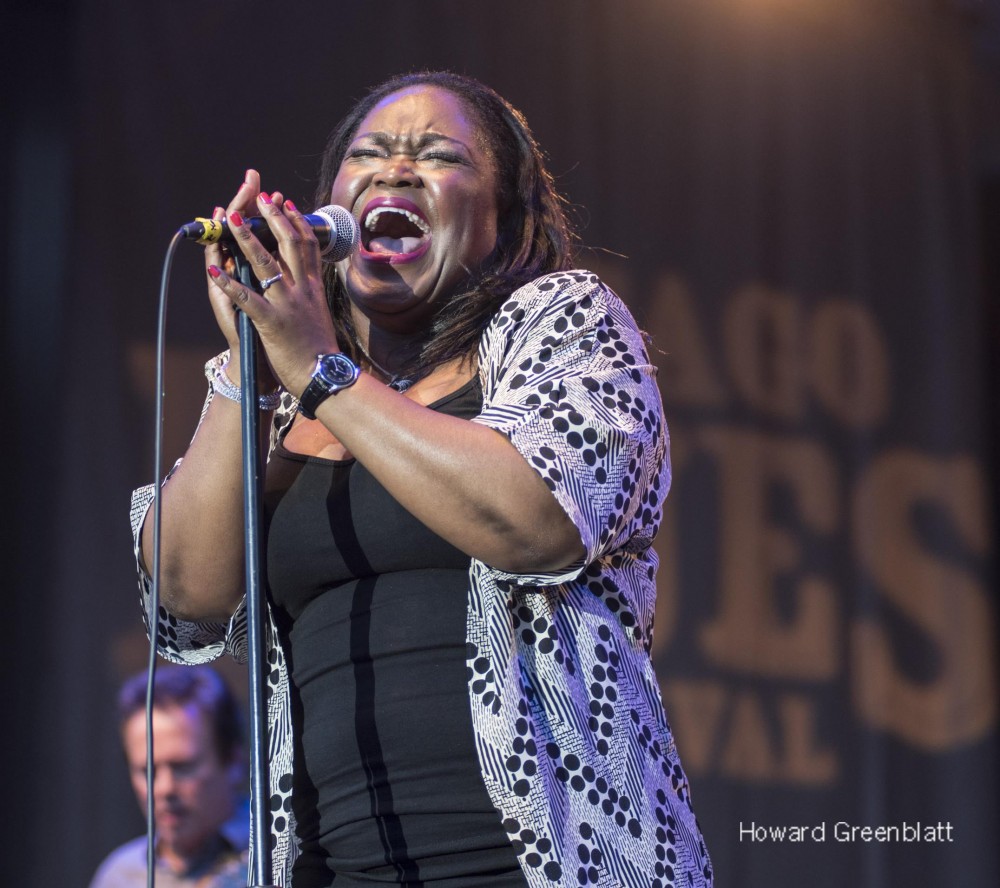