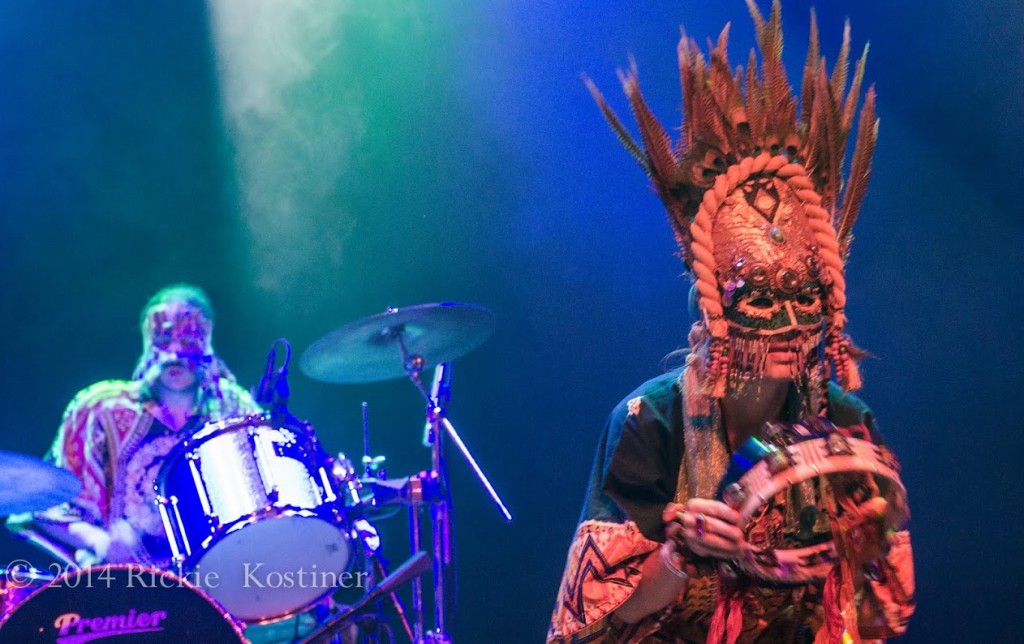 You may want to sit back for this one.

Let's start at the beginning.  There is a band from Sweden who call themselves Goat.

Why Goat?  I'm glad you asked.  Here's how they explain themselves:

Goat are a collective who hail from a small and very remote village called Korpolombolo in deepest darkest Sweden. Legend has it that for centuries, the inhabitants of the village of Korpolombolo were dedicated to the worship and practices of Voodoo. This strange and seemingly unlikely activity was apparently introduced into the area after a travelling witch doctor and a handful of her disciples were led to Korpolombolo by following a cipher hidden within their most sacred of ancient scriptures. The reason it led them there is unknown, but their Voodoo influence quickly took hold over the whole village and so they made it their home - there, they were able to practice their craft unnoticed and unbothered for several centuries. This was until their non-Christian ways were discovered by the Church and they were burned out by the crusaders, the survivors cursing the village over their shoulders as they fled. To this day, the now picturesque village of Korpolombolo is still haunted by this Voodoo curse; the power of the curse can be felt throughout the grooves of the Goat records. 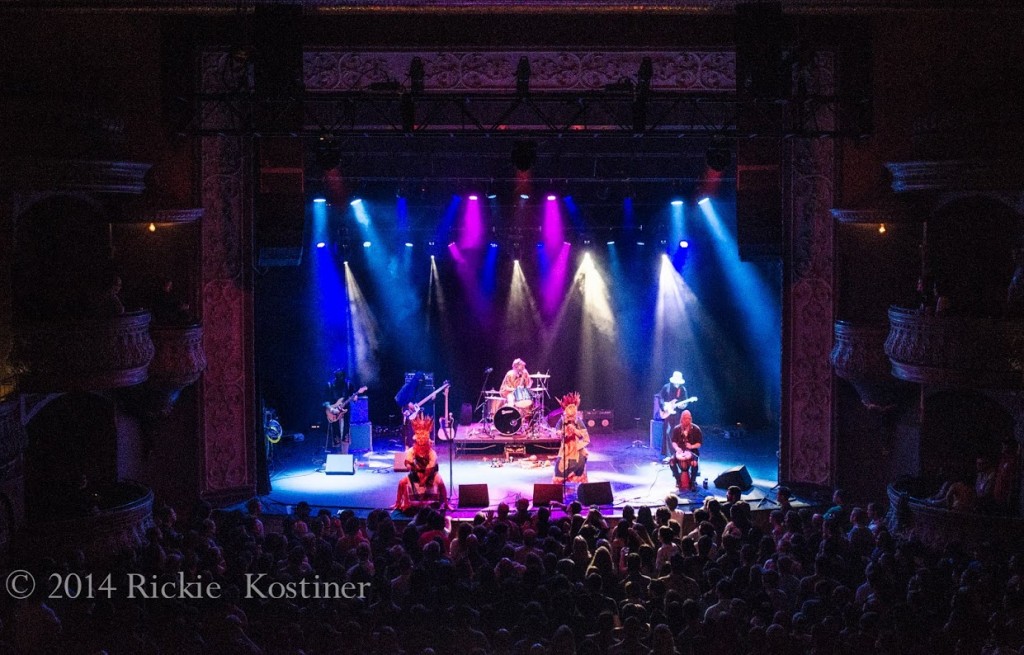 An interesting legend, and certainly explains the one-of-a-kind look that photographer Rickie Kostiner captured in these beautiful snaps from their show at Chicago's new Thalia Hall on Friday the 13th.  It's a style built around ornate, yet folky costumes that serve to hide these performers from the crowd and add to their carefully crafted mystique.

Each song bleeds seamlessly into the next, with never an unplanned moment of silence.  There was no speaking to the audience right up until the very end, simply leaving with an austere bow at the show's close. 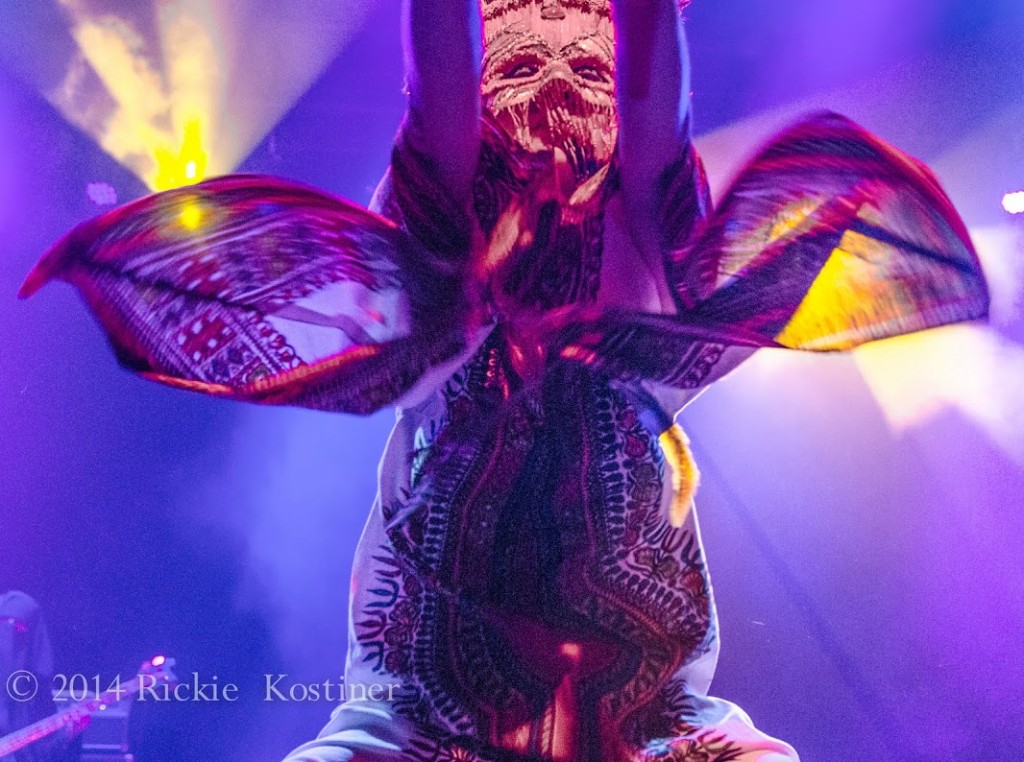 Which is to say nothing of the music, a heady post-rock melange that doesn't immediately scream "Sweden" or "masked and costumed" performers if you're just listening along.  Check out the jams on their recent live release Live Ballroom Ritual.

It's a full, psychedelic sound that complemented the environs of the revamped Thalia Hall.  And it's awesome.