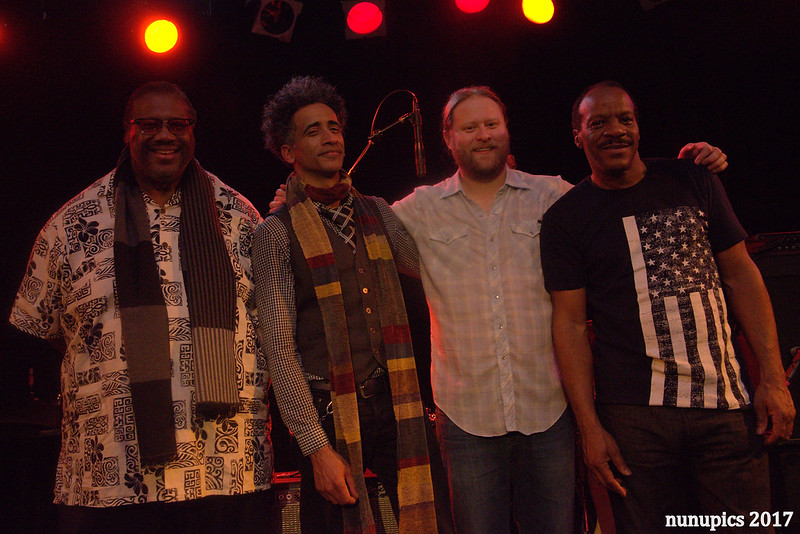 Guitarist Joe Marcinek is the chef who is always cooking up something special with whatever ingredients are on hand.

As luck would have it, the cupboard happened to have a little from two separate camps for a December run.  Melvin Seals, the longtime Jerry Garcia Band organist was available for this swing.  And a couple of returning Marcinek All-stars, bassist Tony Hall (of New Orleans' super-funky Dumpstaphunk) and drummer Alan Evans (Soulive), must have also had some free dates on the calendar. 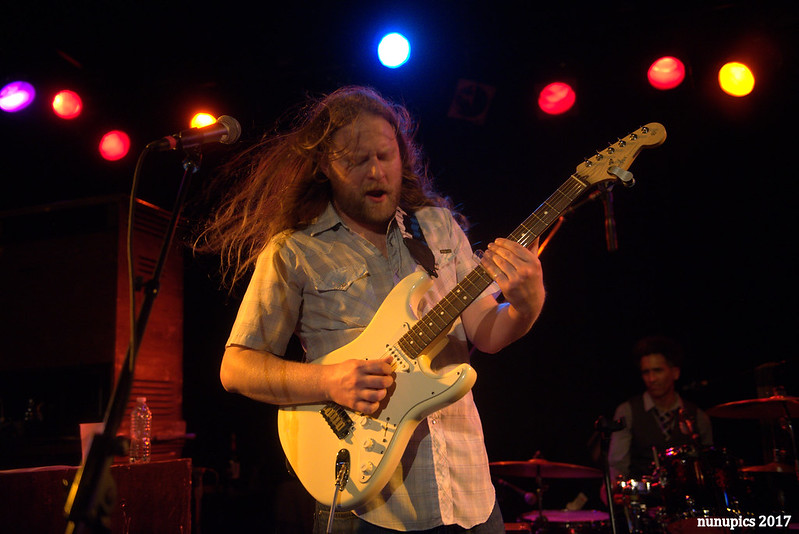 And Marcinek's fretwork plays beautifully in both camps.  While the collective dipped into funk, rock and Grateful Dead-related material throughout their long set and encore Saturday night at Martyrs', Joe also included a couple of his original compositions that feel right at home at the Summit. 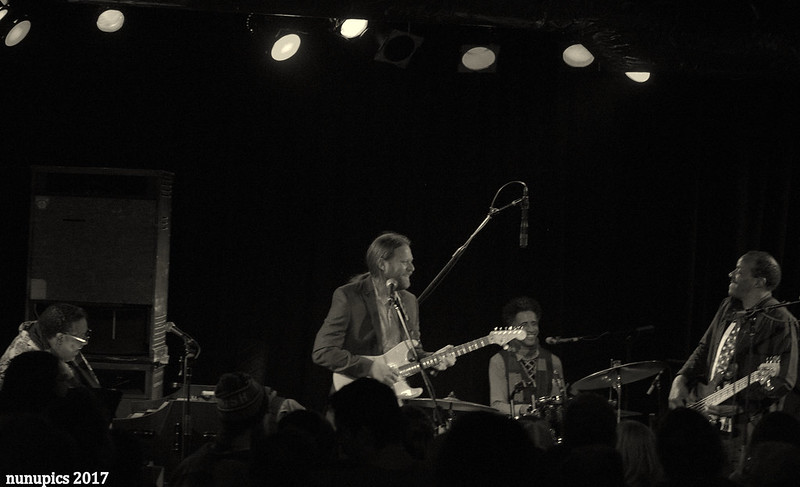 It made for an impressive, and danceable evening for the sold-out crowd. 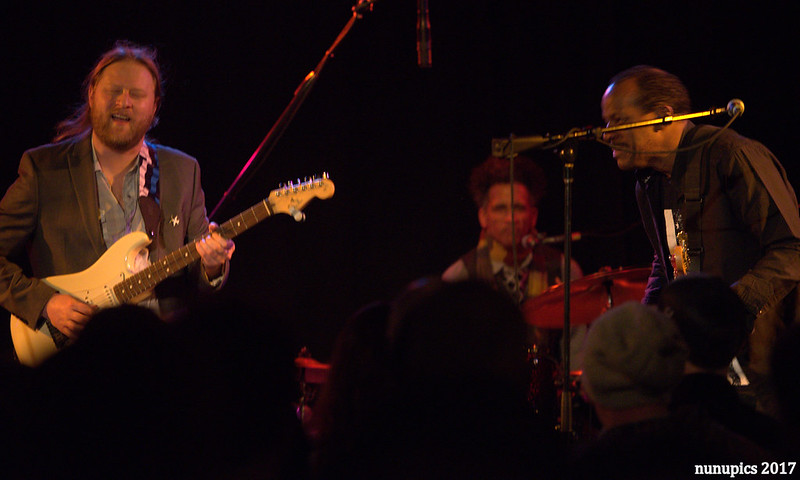 Check out some of the Dead fireworks on the classic "Scarlet Begonias" > "Fire On The Mountain" pairing.

Local blues keyboardist Marty Sammon and his band opened the show and stuck around for some jamming near the end. 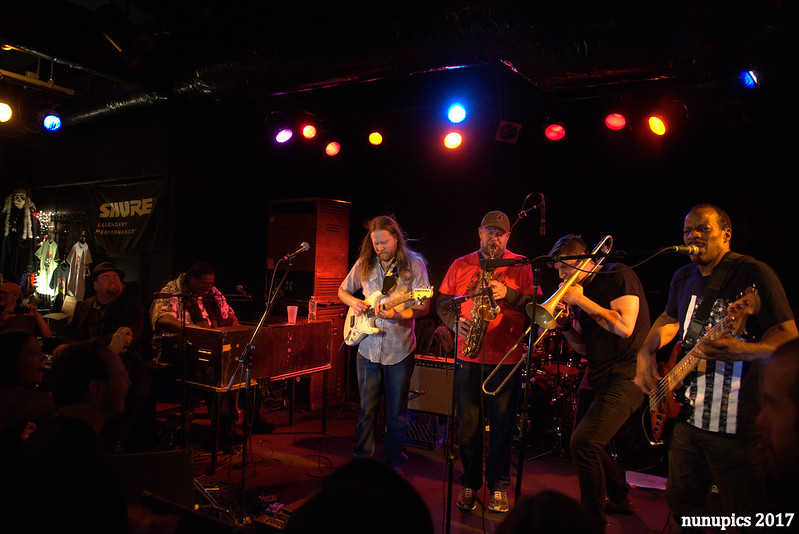 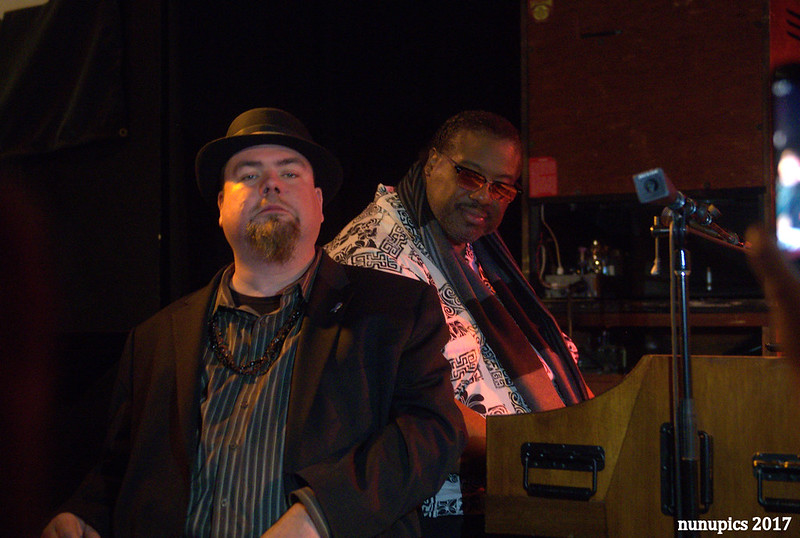 And the happy crowd also got the count the candles on Tony Hall's cake as he celebrated the best way he knows -- through the power of music. 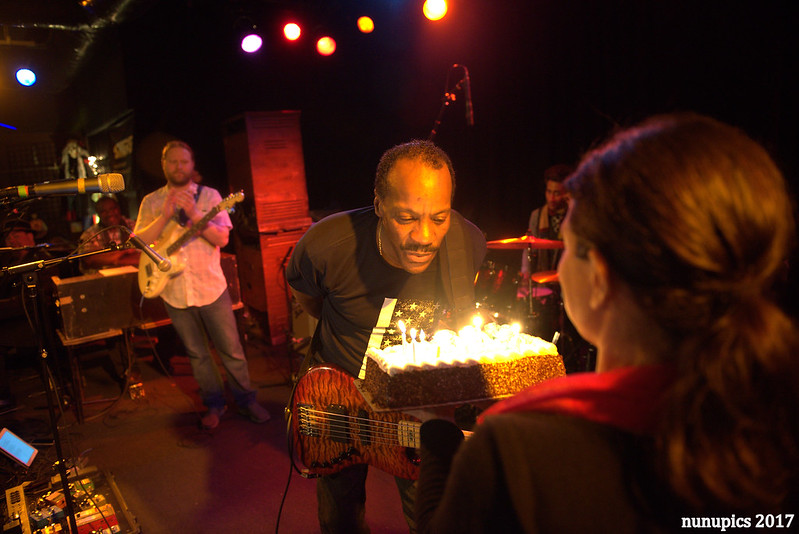 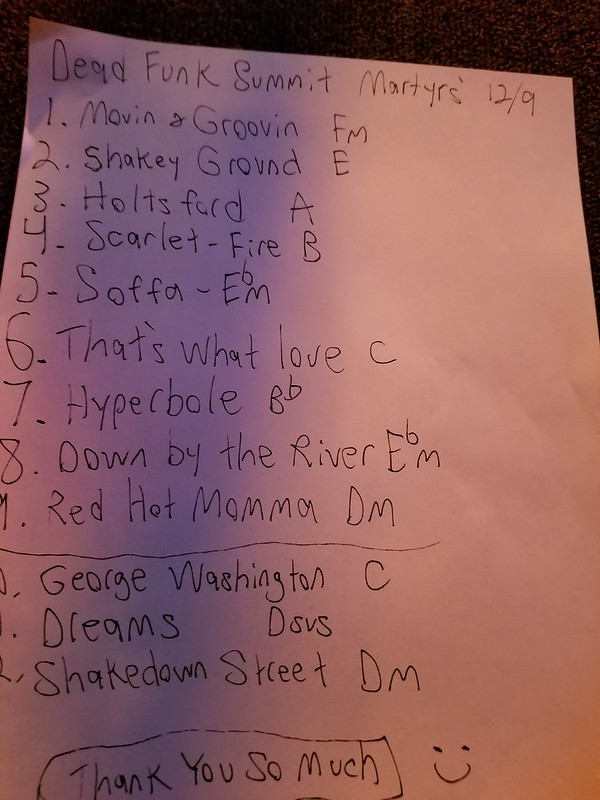 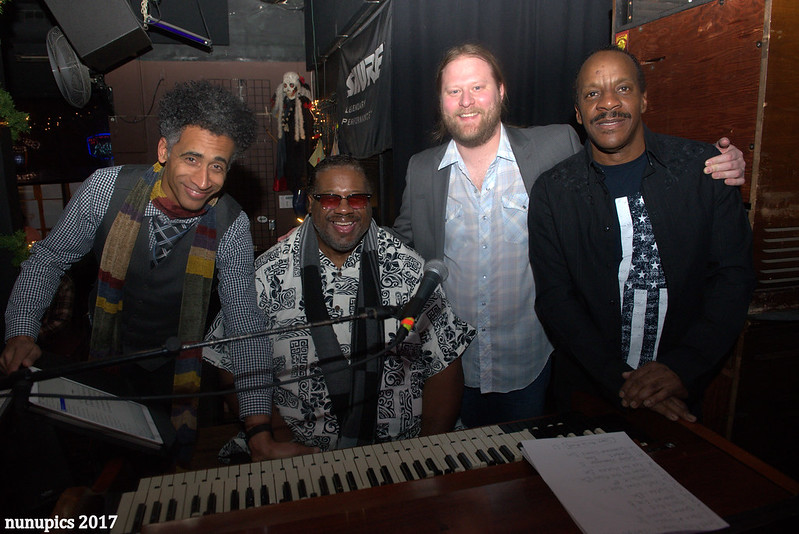