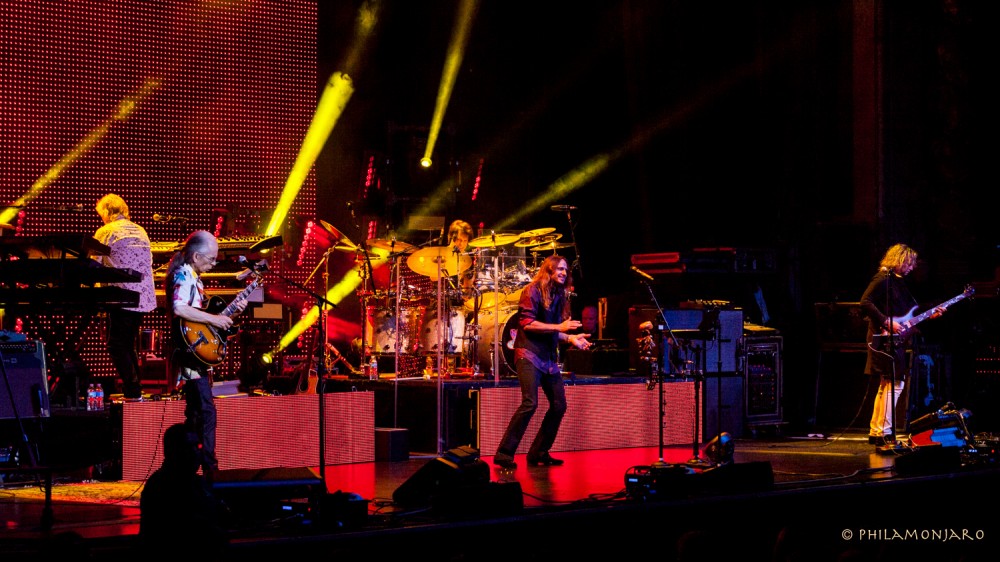 YES fans of all stripes were thrilled with the band's set at Chicago's Copernicus Center on Saturday night.  Greying temples and longer hair dotted the audience as well as the stage, but younger fans got a glimpse of what has been delighting fans for decades.

One thing the enire audience shared: a rabid excitement for their composition and stunning musicianship as the quintet performed the most complex, intricate scored music in rock and roll. 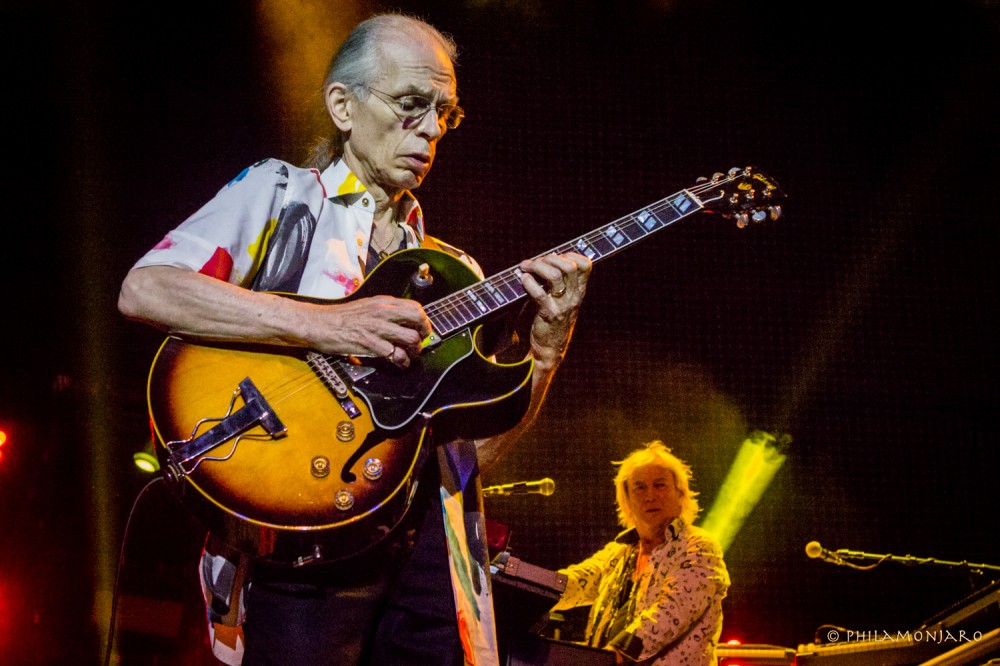 The band’s current line-up consisted of both veteran and new members, but the perhaps the spotlight shined brightest on one of rock's greatest elder guitarists Steve Howe, who remains at the helm, serving as musical director to ensure the tight arrangements were played with precision and accuracy.

Veteran drummer Alan White was out recovering from back surgery, allowing the band to introduce Jay Schellen  on drums.

Longtime member and collaborator Geoff Downes was on the keyboards, while new member Billy Sherwood stepped into perhaps the bands most daunting role, succeeding Chris Squire on bass, who sadly passed away in 2015. 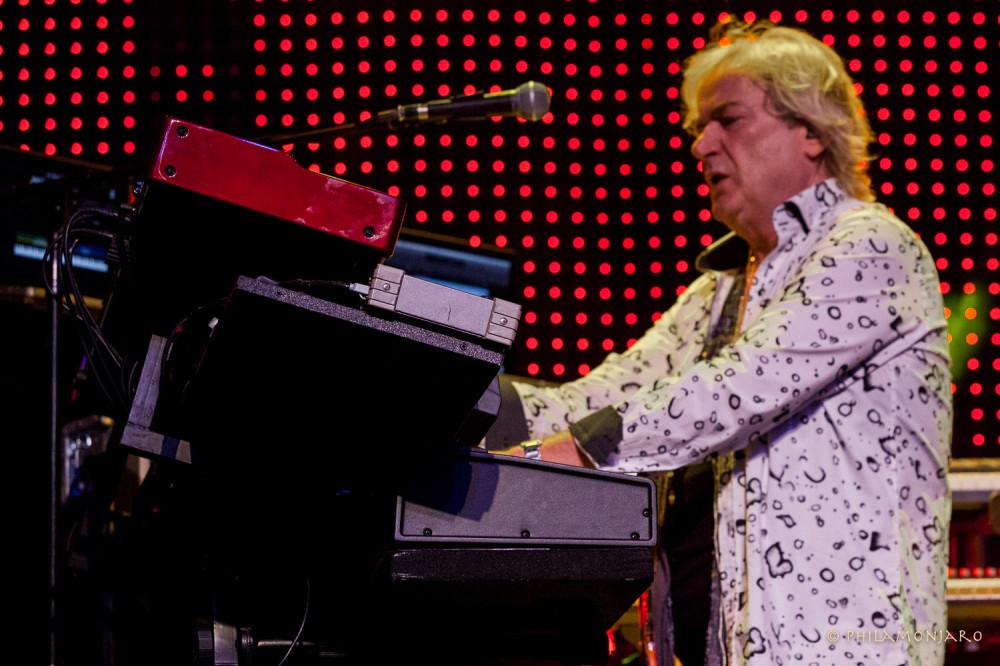 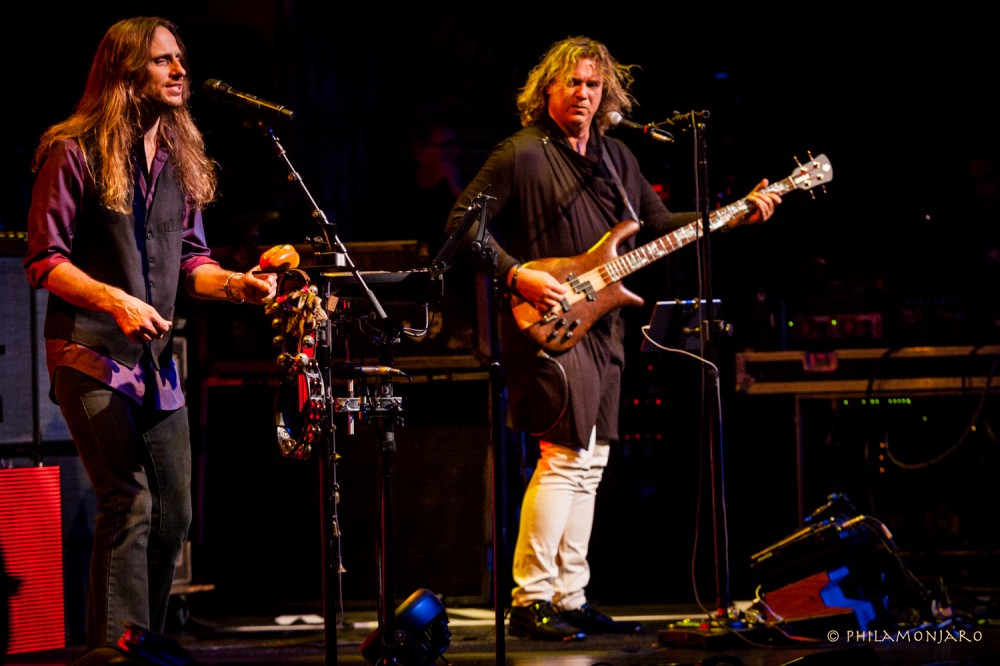 Fronting the band was Jon Davison on lead vocals and occasional rhythm guitar. One thing was clear: their chemistry shined through bringing life, fidelity, presence and incredible enthusiasm to every note played.

Prog rock might bear the brunt of hipster jabs and ribbing but very few artists can blend classical music with rock, multi part vocal harmonies, orchestrated musical passages, infused hints of folk and jazz riffs and use of every modality known in music theory. In this category, no one does it better than YES.

They do not play songs or ditties but rather musical journeys in distinct passages, segments and musical parts as layered as any orchestral works. 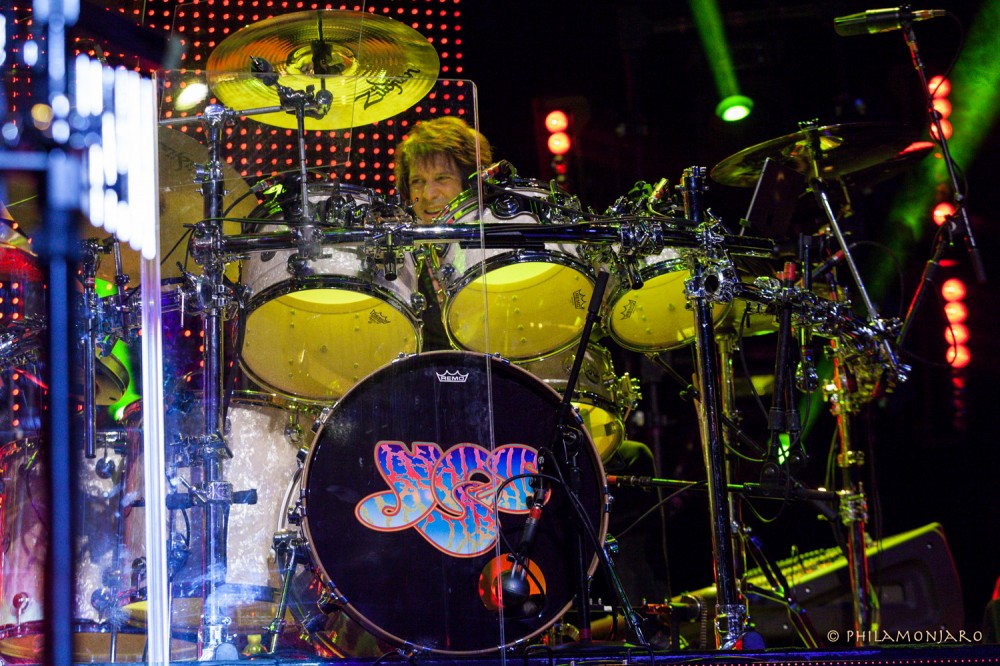 Also strip away any criticism of which members, from which era, marks the height of their career. What matters is this music lives on in the pantheon of great pop culture and is widely appreciated by music fans. This night was proof that the music lives on.

They opened the first half of the two and a half hour concert performing the 1980 release Drama in its entirety. An exclusive treat as they have never performed it live prior to this tour.

The band then concluded the first half with "I've Seen All Good People" from The Yes Album and "Siberian Khatru" from Closer to the Edge.

The second half they played sides one and four of Tales from Topographic Oceans before capping the show with two encores, "Roundabout" and "Starship Trooper".

Until the encore, the audience seemed lost in a heady trance, only surfacing between songs for standing ovations. But once Steve Howe played the first familiar harmonic guitar notes of "Roundabout", fans rushed the stage to dance and cheer clearly denoted the very moment the concert went from a classical performance vibe to rock and roll abandon.

The concert was the total experience. Visually the show matched the quality if the music. Start with a large background LED graphic panel, coupled with a series of smaller foreground panels displaying patterns and even a Roger Dean visual that supplemented dynamic stage lighting.

Adding to the ornate decor of Copernicus Theater the a sound mix allowed every nuance to come though clearly. The production with first class. Everyone went home on a high note, lively and inspired. The way that music should touch the soul. 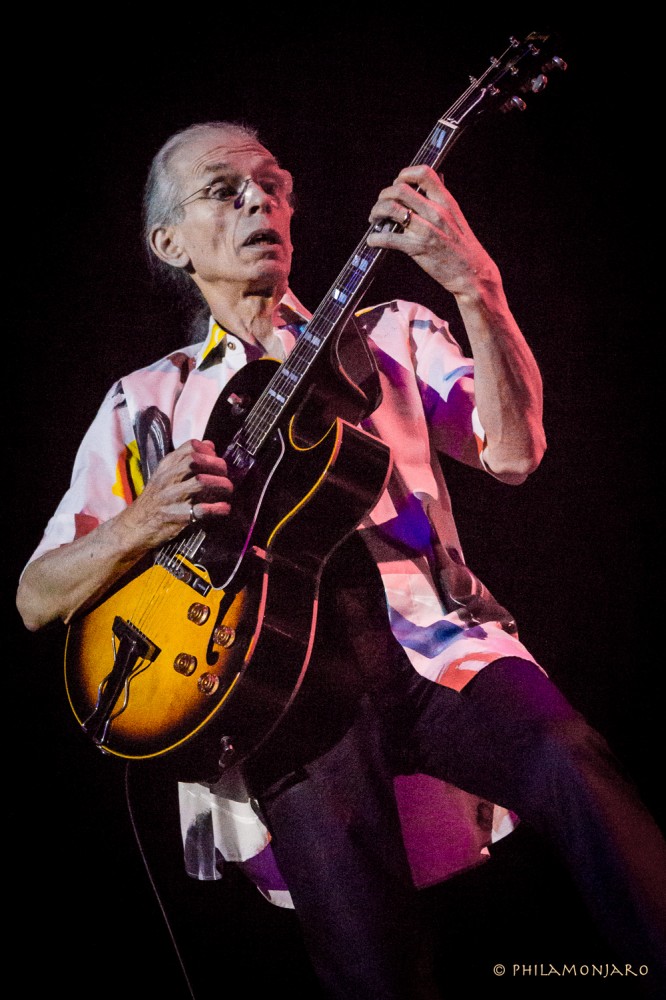 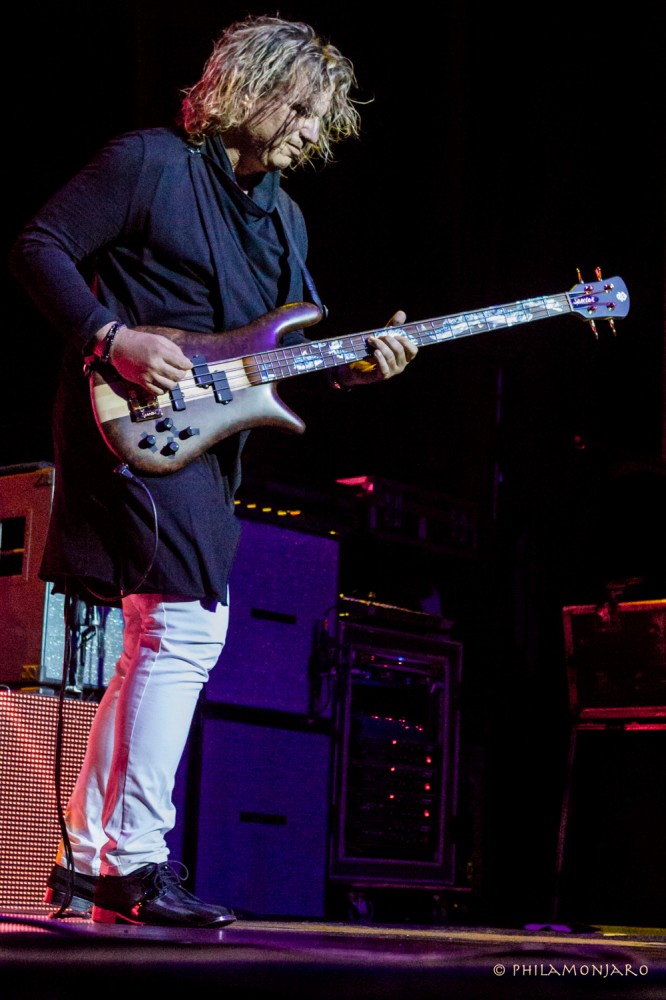 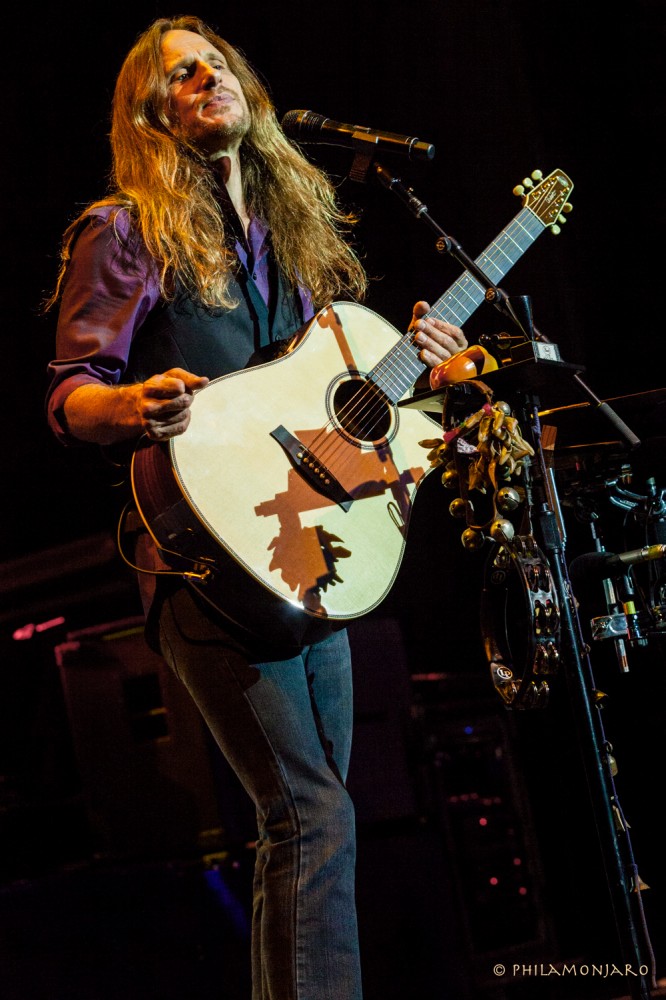 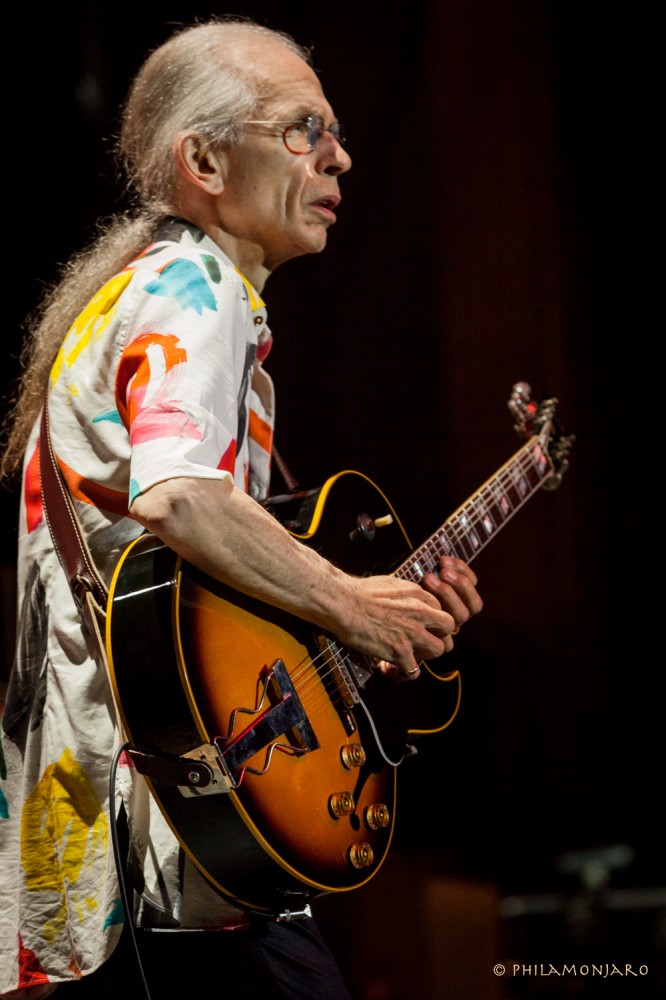 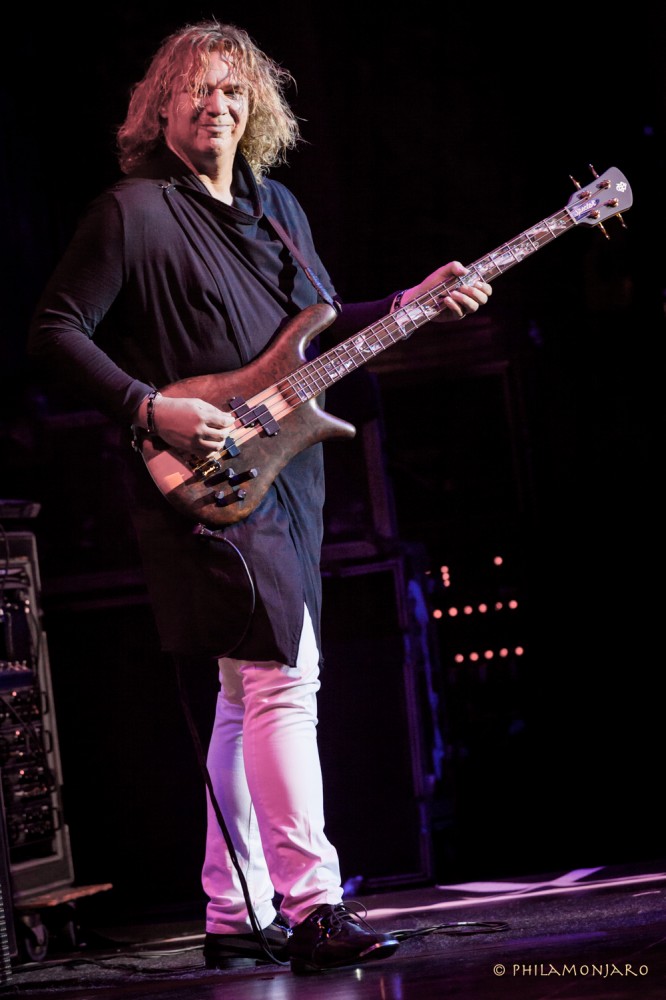