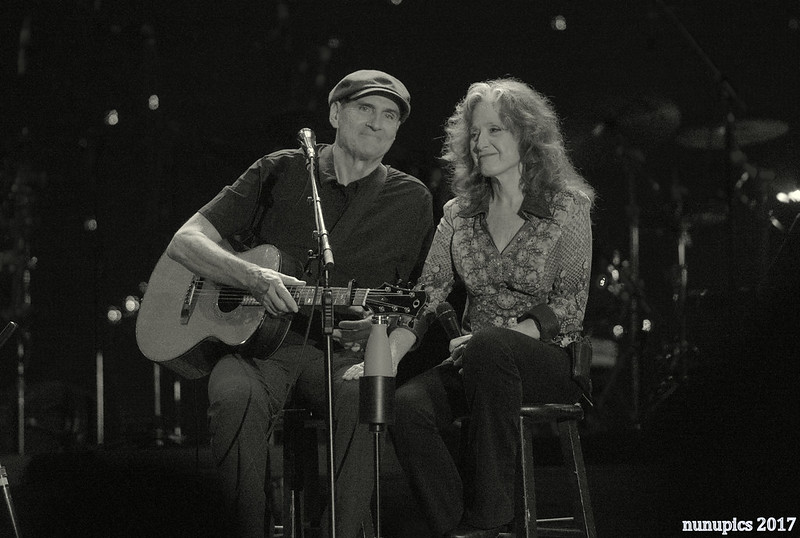 James Taylor and Bonnie Raitt is a pairing that calls for Ravinia rather than baseball stadium, but fine production and outsized talent seemed to close the gap on a Monday night in July at Wrigley Field.

You can forgive them for not bringing record breaking Dead & Company crowds, but those in attendance got a glimpse of two bright stars, while providing a least a little light of their own. 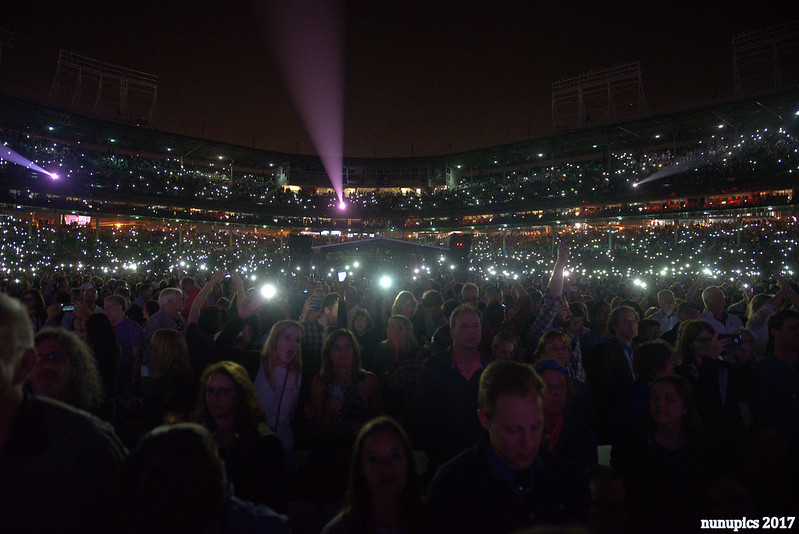 As expected, Taylor's set was packed tight with greatest hits from his earliest years. Whether it was the first time or (more likely) the millionth time you've heard these tunes, there was something to take away from the performance.  Check out his very personal intro to "Sweet Baby James".

Raitt's set, though shorter and basked in daylight, had plenty of highlights as well.  From the expected ("Something To Talk About", "Angel From Montgomery", "Thing Called Love") to some badass covers (INXS' "Need You Tonight", Talking Heads' "Burning Down The House".

The neighborhood was welcoming of the gathering.  indeed, fans "had a friend" at the nearby Murphy's Bleachers. 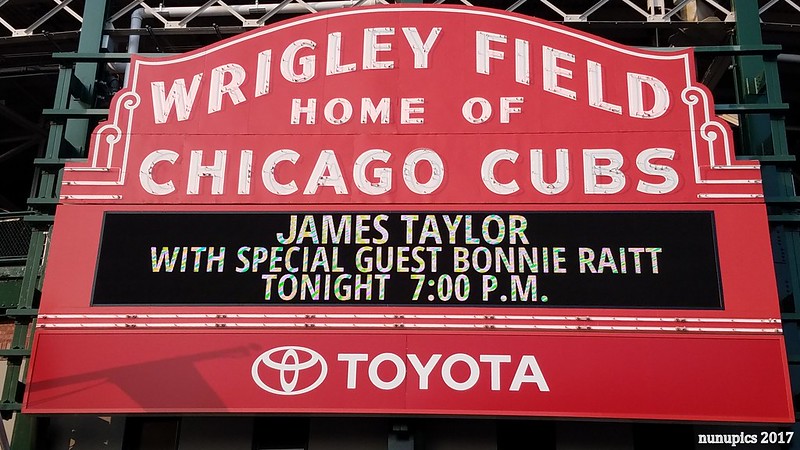 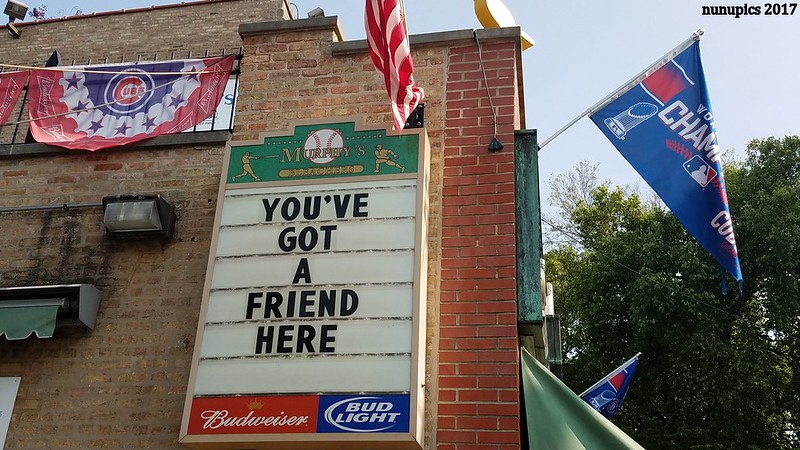 With a clear, full voice that wouldn't seem out of place on his earliest records, Taylor and his guitar could turn the stadium into a cozy living room. 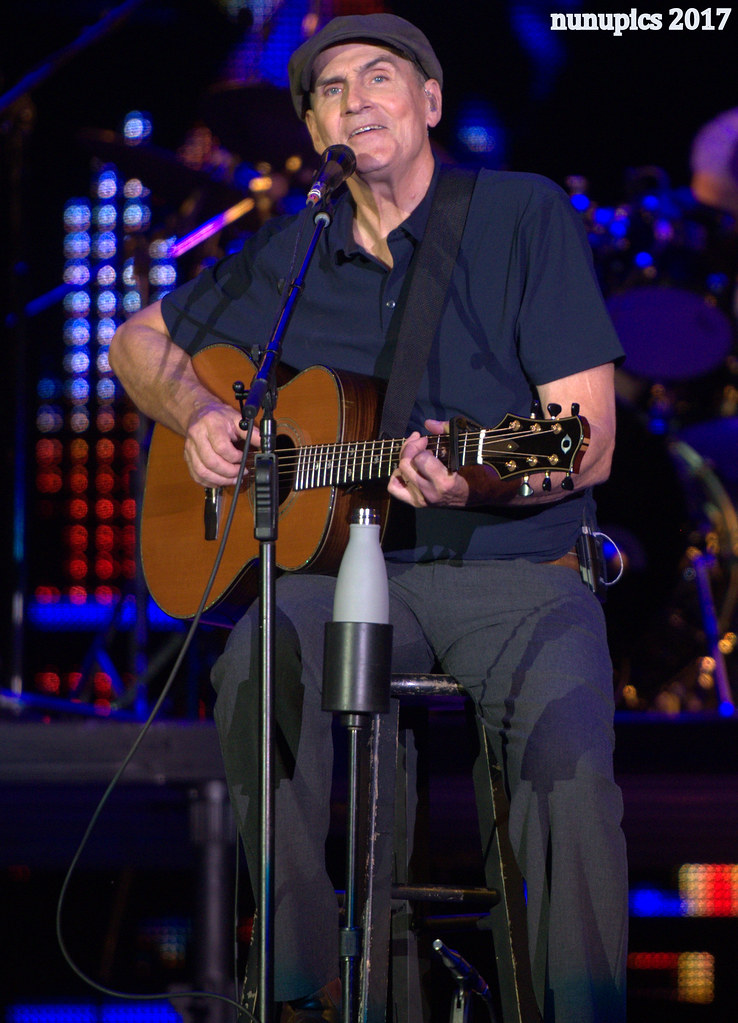 Seperately, Taylor and Raitt satisfied the assembly, but when they joined together for the encore, including a cover of Chuck Berry's "Johnny B. Goode", the promise of the night was fulfilled. 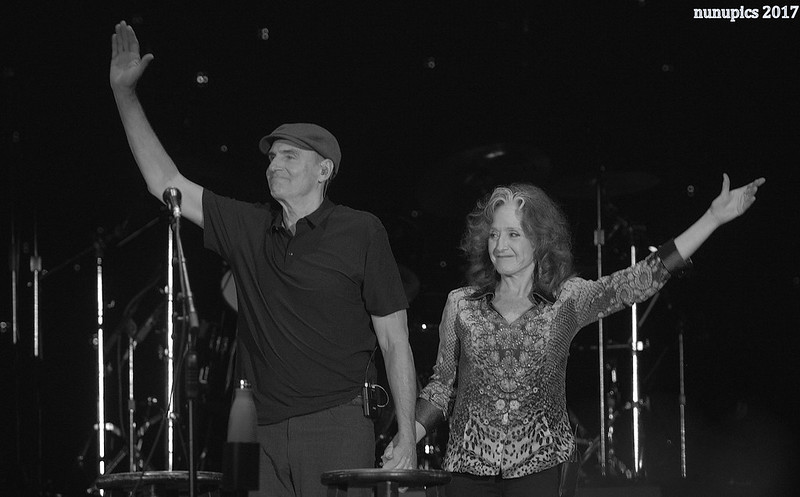