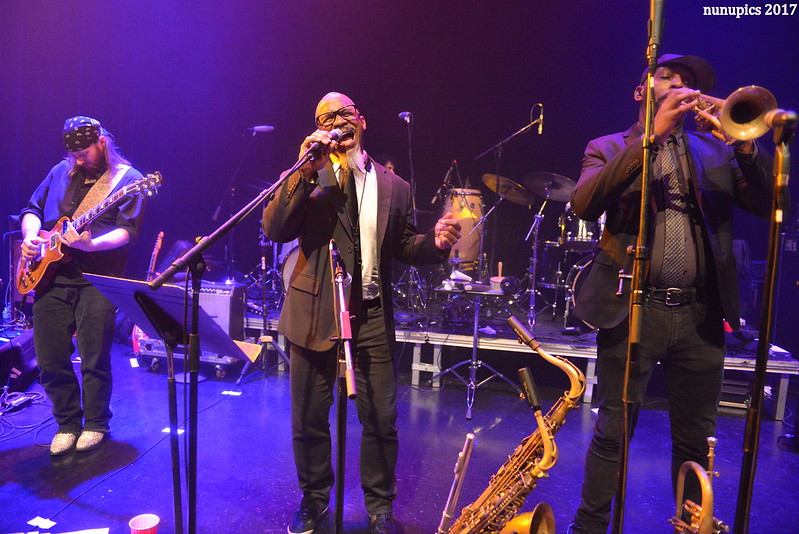 All of music is a whirling blender which incorporates elements of performers that swirl around each creator orbit.  Labels are always difficult, often times meaningless, but occasionally offer a window into how to process invdidual pieces of art.

Paraphrasing from good ole wikipedia, Boogie is a term to describe music with a "repetitive, swung note or shuffle rhythm, groove or pattern used in blues... originally played on piano but adapted to guitar, bass and other instruments".  While Southern Rock gets tossed around a lot to describe the Allman Brothers Band, boogie actually squares them up better with the traditions that they grew out of.

Likewise, Boogaloo is a genre of Latin music that fuses black R&B and soul with Latin dance music like mambo and son montuno.  It's a style that Karl Denson has explored across numerous bands throughout his career.

And on Friday, Denson slammed these styles together in a way only he could.  To understand why this is meaningful, let's first go back... 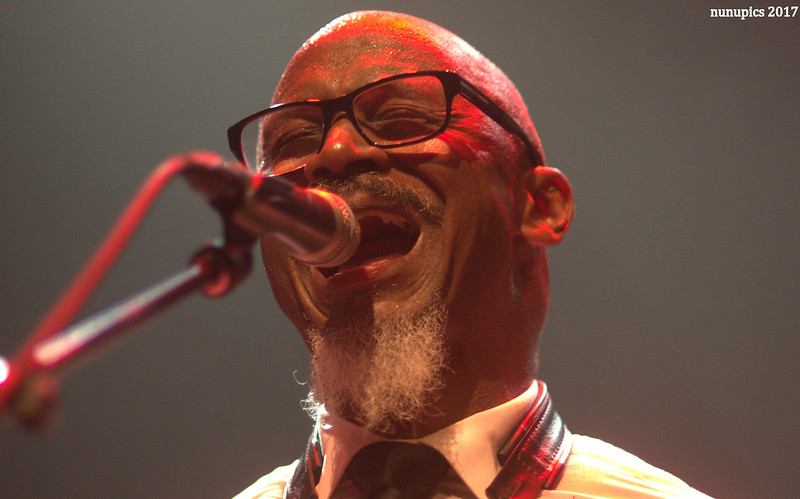 From the moment I can recall getting into music, there was always the Allman Brothers Band. Blues and rock were at the core of everything I listened to.  In those days, there was such a mystery to the band.  Considering I had no southern ties, limited understanding of who the actual brothers were, or how much of history they already had, there was so much more to discover at the moment that I found my first live music crush around 1990.

That iconic Allmans-style font in the poster for Karl Denson's Eat A Bunch Of Peaches show at the Park West Chicago with the Tiny Universe was certainly alluring.  With an expanded lineup and that wonderful catalog to draw upon, it seemed that two of my great music loves would present.  The promise of a night under the influence of the ABB, executed with Karl’s bed of funk, soul and rock, meant many possibilities would be on the table. 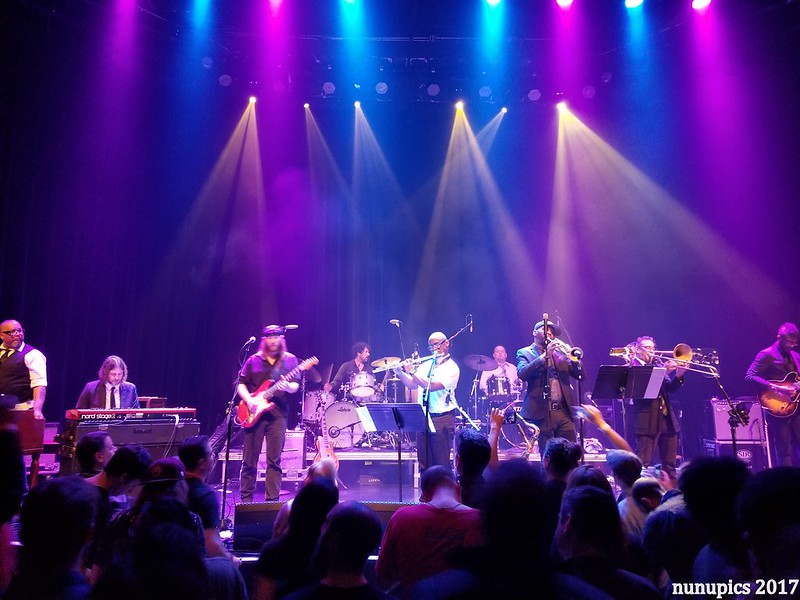 While the Allmans have been synonymous with a dual guitar and keys focus, the reality is that so much of the soul of the south draws equally from the same things that make funk and R&B kick.

Enter the “Diesel”, who is effortlessly capable of leading a band trying to pull this off.  His role of interpreter has come into full bloom, as both bandleader and elite sideman -- Lenny Kravitz, the Rolling Stones, and Phil Lesh (including gigs with his Terrapin Family Band Wednesday and Thursday night) will surely testify.

On Friday, it was all Denson’s band however, and someone else's presence could have easily been lost on stage with three horns, two guitars, two keyboards, and an all-world rhythm section of Greyboy All-Stars bassist Chris Stillwell and drummer Zak Najor and Jay Lane of Primus and Ratdog on the other kit.

Over the course of two sets, Denson was center stage and commanding, finding a perfect balance in the form of multiple Allmans covers, James Brown and Greyboy All-Star gems, and Tiny Universe originals. 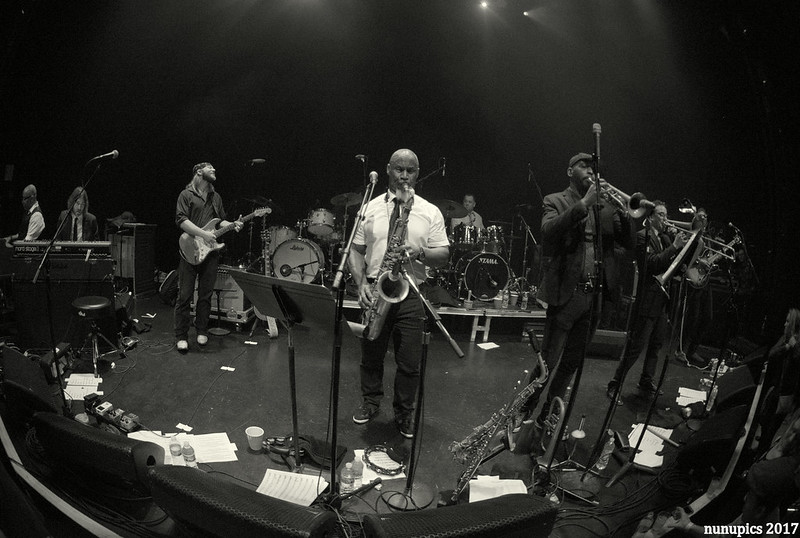 The first moments of the show eliminated any speculation if this was to be a lead up to an Allman Brothers homage or if it was to be the cornerstone of the evening. Within three minutes of a funky opening jam, the “Eat a Bunch of Peaches” band found their way smooooooothly into "No One to Run With" and just like that, the night had just shifted into overdrive.

Ear-to-ear smiles, fist bumps, and plastic cup toasts delineated the start of the roller coaster ride. The unfamiliar to me Seth Freeman would become a prominent figure of the evening, using vocals, as well as slide and lap steel guitar to channel Duane, Greg or Warren, as each tune demanded. Freeman seemed to be initially a bit reserved vocally, nailing those parts in these classic arrangements would be critical for the evenings’ success.

While he grew in comfort vocally over the evening, either axe he wielded ripped through searing leads that made it seem uncomplicated for the rest of the band to fill in his wake. As the first set evolved, "One Way Out" continued the Seth Freeman exhibit while "Dreams" was all Karl Denson, leading bombastically into James Brown’s "The Grunt". 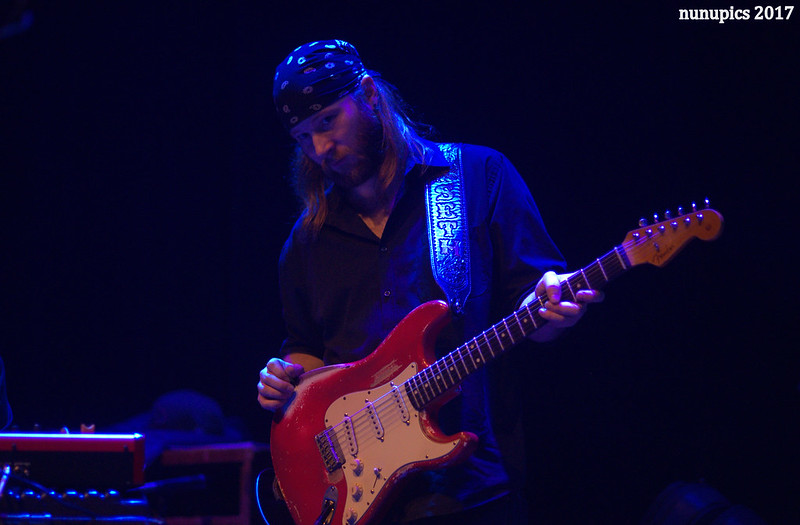 And that's when it hit me.  This marriage of boogie and boogaloo was perfect.

The juxtaposition continued as the Denson-penned Greyboy Allstars' tune "Tenor Man" fit remarkably between "Ain’t Wastin’ Time No More" and a bombastic, set-ending "Jessica" -- the bridge between the 70s era classics and vintage Denson. 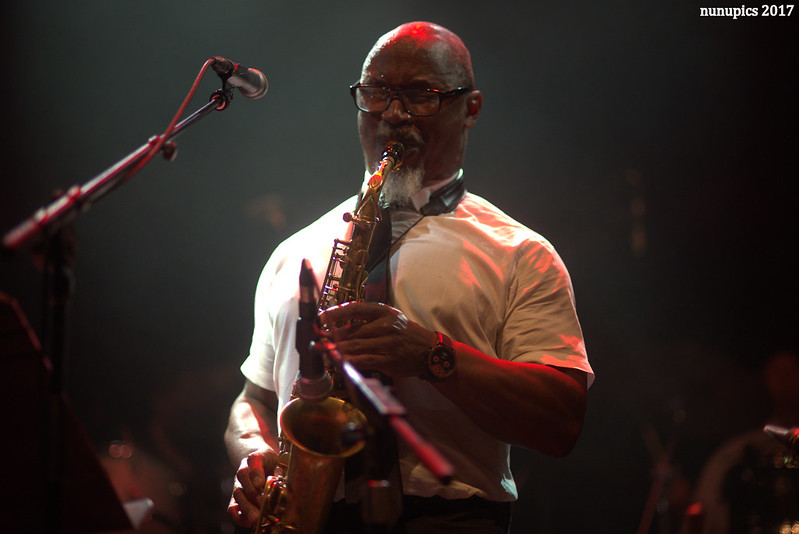 The second set wasted no time lifting off, with Chris Stillwell thunderously summoning the Berry Oakley signature bass riff of "Whipping Post". Second guitar DJ Williams proved every bit as vital to the band’s sound as Freeman, including a solo duel at one point during nineteen-minute jam.

On opposing sides of the stage, the two guitarists complemented one another unassumingly and amazingly, yet with such different tones. The second set included the funkiest "Melissa" ever, "Trouble No More", and the everyone-knew-it-was-coming "In Memory of Elizabeth Reed" which wrapped up the Allman reppin’, and gave this band some nice confidence as they take this show on the road for some additional dates this weekend in California.

What Joe Russo is as leader and architect of his Almost Dead and Bustle in Your Hedgerow projects -- the ability to bring that many talents together, and the power to lead them -- Denson is matching in this outfit.  While his recent Run DMC and Prince tribute shows flew very high, neither proved as perfect a combination as the one on display last weekend. 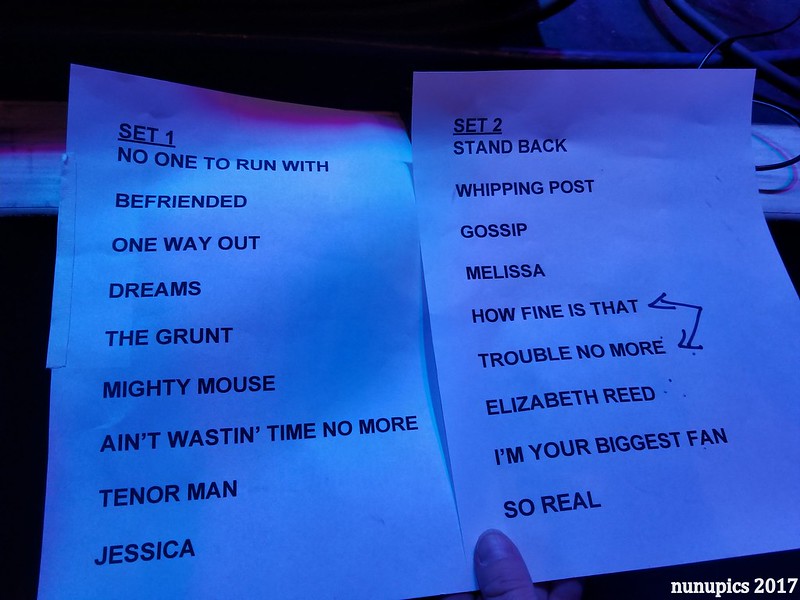 With the Brothers deep catalog, here’s hoping this configuration might make a recurring appearance on the circuit.  From the looks of the Chicago show, this crew was just getting warmed up. 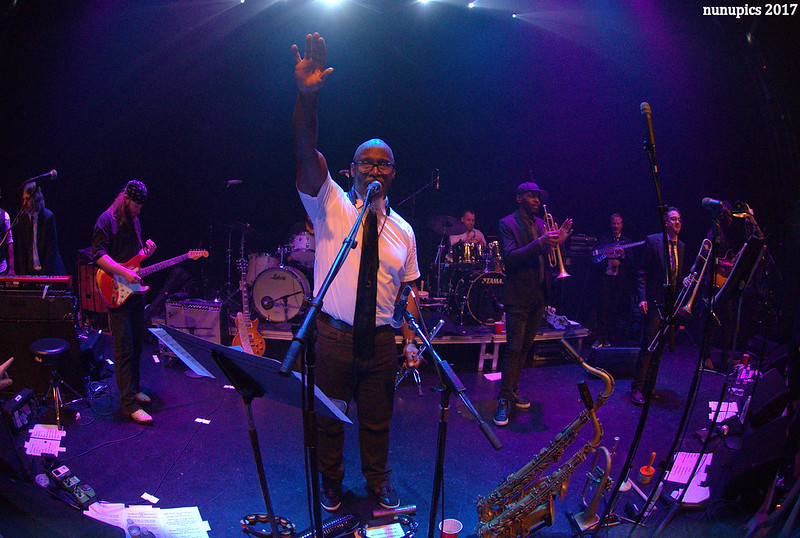 KDTU will round out 2017 with a Colorado run that features two nights at The Public Room in Crested Butte and a New Year's Eve performance supporting My Morning Jacket at 1st Bank Center in Denver. 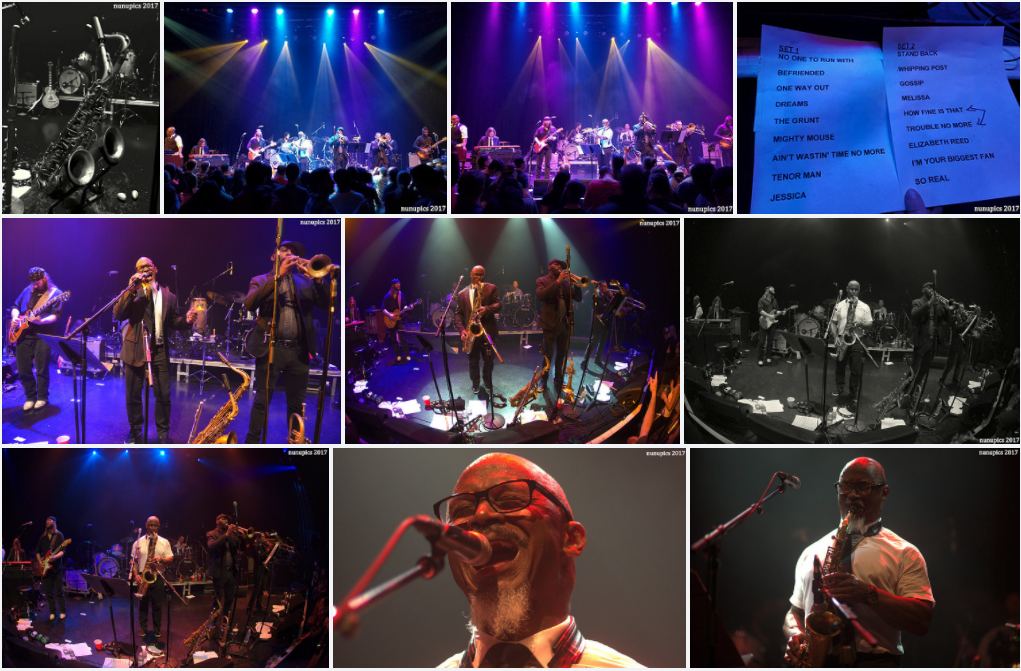