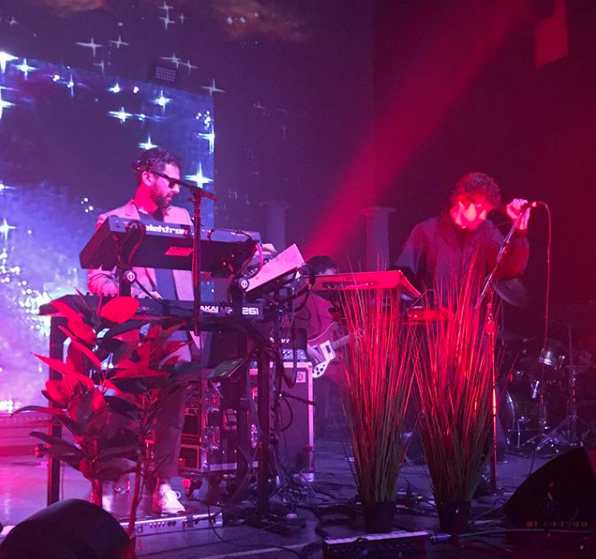 MGMT recently released Little Dark Age, a record that channels 80s synth-pop more than the overt psych-pop of their past releases. The band performed a lengthy set at Riviera Theatre that focused largely on this new material.

Armed with a stage covered in keyboards, synthesizers and nostalgic recording equipment, the band set up centered around its two primary members with plenty of dark, trippy visuals behind.

The new songs seemed to thrive in the live setting, their high energy and infectious melodies driven by the focus on layered keyboards. Old favorites like “Time To Pretend” and “Kids” offered a break of sorts, their 60s-psych influences substantially lighter than the new material.

In the end, MGMT performed eight of 10 songs from Little Dark Age, offering more than a preview of their new sound. While the band’s sound continues to explore new territory, they clearly retain the same fun and exhilarating live show that they’re known for.

Watch videos from the show and read the setlist below.

5. She Works Out Too Much