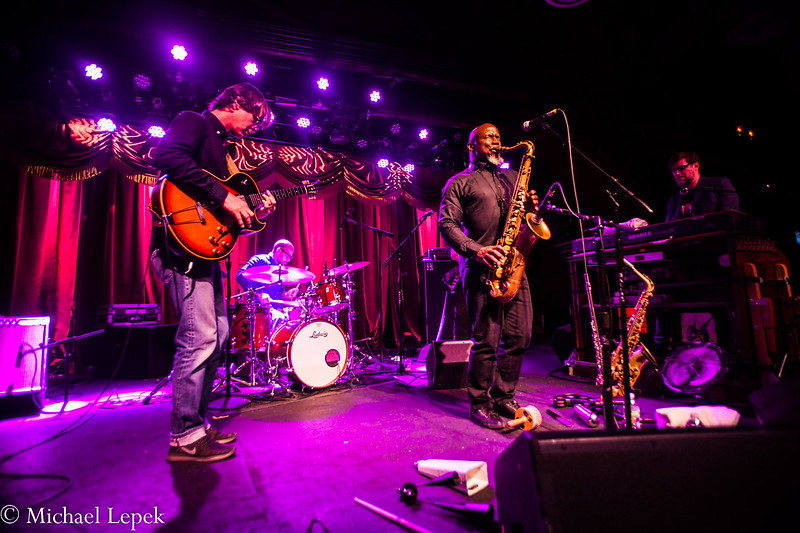 It's nice when you can scratch a couple items off the bucket list.  On a recent trip to New York City, I was able to go for a pair: experiencing a show at the original Brooklyn Bowl and seeing a live performance of the seminal West Coast funk-jazz (or is it jazz-funk?) band, The Greyboy Allstars. 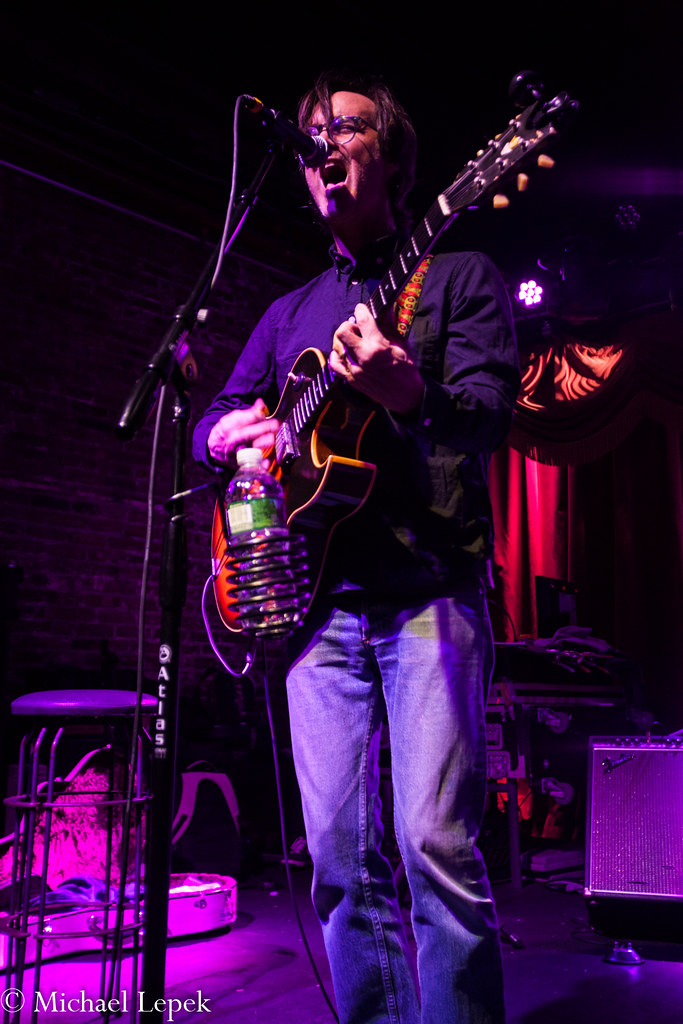 The Greyboy Allstars -- guitarist Elgin Park, keyboardist Robert Walter, saxophonist Karl Denson and the rhythm section of Chris Stillwell and Aaron Redfield -- have been collaborating as innovators for almost 25 years. Originally forming in 1994 as back up for San Diego DJ/ Producer DJ Greyboy at a record release industry party.

The cohesion that was found in their initial gig was still on display a continent away and over two decades on.  They proved yet again what made the quintet an absolute force in funk. 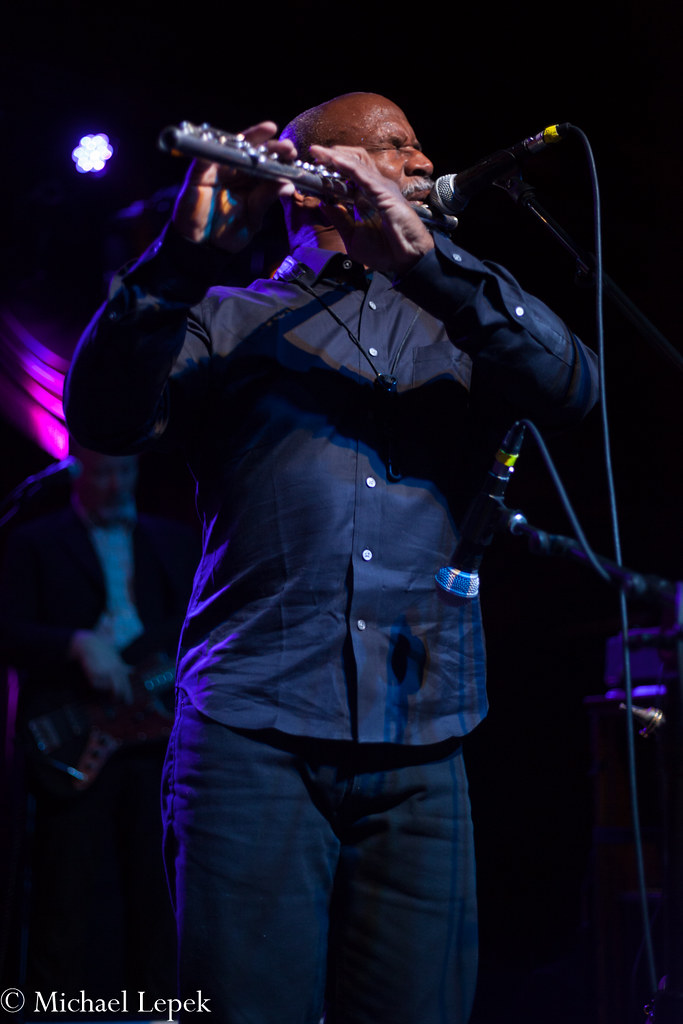 On the heels of their upcoming fifth album (still in the works, targeted for later this year) the band felt comfortable unleashing a new untitled track along with plenty of classics -- "Los Imperials", "Jungle Strut", "Still Waiting", and "Don't Chin The Dog" were highlights -- that sent a boogie chill through the crowd.

While an album every 5 years isn't exactly prolific, the individual members are each involved with their own bands as well as solo projects, Karl Denson's Tiny Universe, Robert Walter's 20th Congress, scoring movie and television projects (Elgin Park), and even touring with Phish's Mike Gordon (Walter) and The Rolling Stones (Denson). 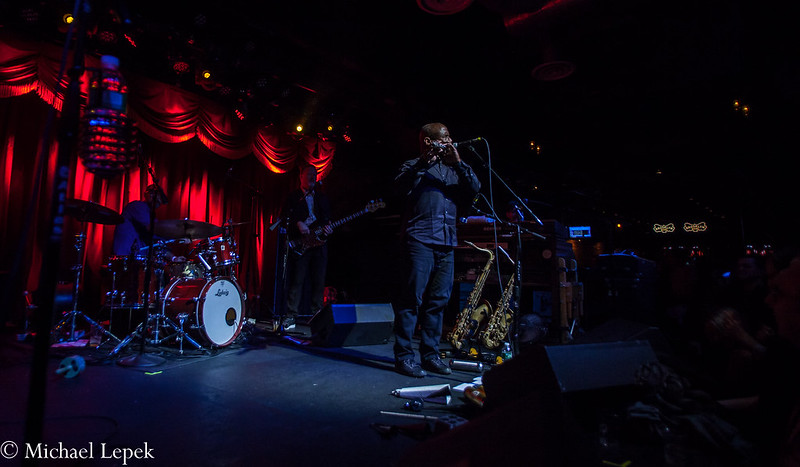 Although their touring schedule is much more frequent than their recorded output, the opportunity to see them live should not be missed. You can count on annual performances on the west coast and during The New Orleans Jazz and Heritage Festival at Tipitina's -- cross your fingers and you can get a local gig like the Brooklyn Bowl affair (a two nighter).  The performance space/bowling alley has become a favorite stop for the band. With capacity crowds on both Friday and Saturday nights.

The Saturday night audience was the recipient of an added bonus with The Maurice 'MoBetta' Brown and the Soul'd Out Band opening. When Brown is not touring as the trumpet player as part of The Tedeschi Trucks Band, he fronts his own project blending high energy jazz, funk, and soul like the TTB, but also adding a hip-hop component. 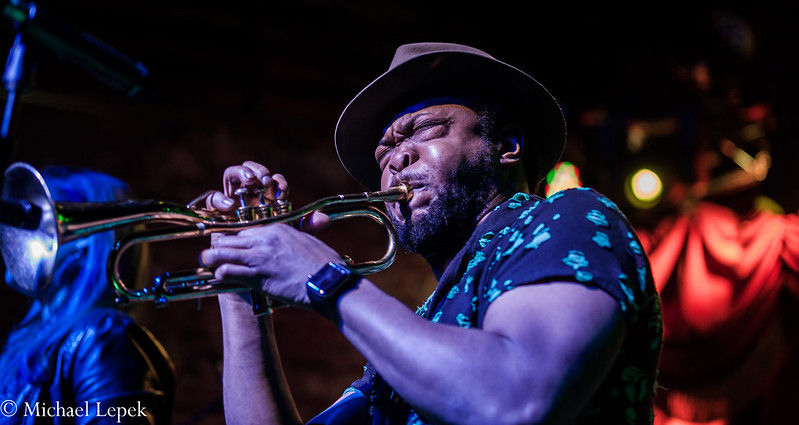 Brown was born in Harvey, Illinois and grew up in the south suburbs of Chicago. He met Wynton Marsalis in the 8th grade while performing at a seminar attended by Marsalis. While attending Hillcrest High School in Country Club Hills, Illinois, Brown was chosen to participate in the National High School GRAMMY Band, which led Ramsey Lewis to begin hiring Brown to perform with his band.

Brown began college at Northern Illinois University, then transferred to Southern University in Baton Rouge, Louisiana, studying under jazz clarinetist Alvin Batiste. After winning first place in the National Miles Davis Trumpet Competition, he moved to New Orleans, where he led a regular Tuesday night residency at the Snug Harbor jazz club and released his first album, Hip to Bop.

That pedigree was on display as he led his band through some high-energy and challenging material. 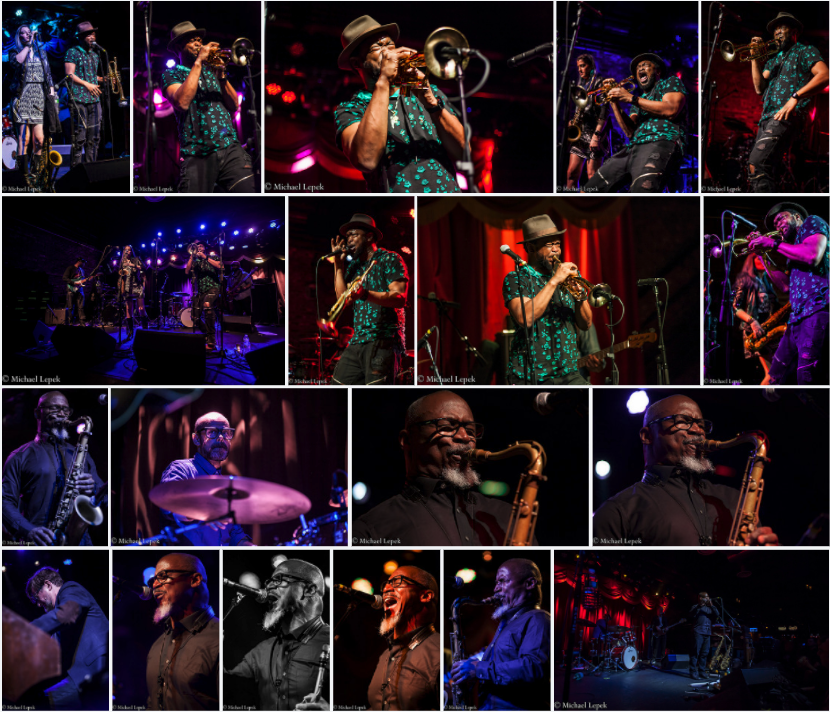