Beats Antique headlines the “Creature Carnival” tour, which will make its way to Chicago’s Riviera Theatre this Saturday and Sunday, October 18 & 19.   We expect big sets feature Shpongle, Emancipator, and Lafa Taylor  -- individually, all four acts deliver eye-popping , bass thumping and mind-blowing shows. Collectively, they are sure to put on an all-encompassing, night-altering carnival of disco. Each band delivers unique worldly eclectic sounds in contrast with the otherwise bass heavy ‘womp-womp’ sound of today’s electronic music scene.

Since their start in 2007, Beats Antique has fused flamenco, afrobeat, and French Gypsy Jazz to create a distinctive electronic/world sound.  This tour that they have aptly named “Creature Carnival,” promises to be, “a spectacle for the ages, filled with breathtaking performances, improvisational serendipity, audience participation, and many more surprises to come.”  The sonic energy between band members, Sidecar Tommy and David Satori, only heighten the seductive and graceful tribal belly dancing performed by the third member of the group, Zoe Jakes.  We can only wonder what eccentricities and splendor these three will bring to the stage this weekend.

The English psychedelic music project Shpongle, has been creating world music by combining psychedelic trance and ambient sounds since 1996.  Simon Posford will represent the group performing a DJ set that will be sure to feature the band’s latest album, Museum of Consciousness. Often performing inside of large projection filled structures, (see Shpongletron and Shpongletron 2.0) only our imaginations can imagine what Simon will deliver for this tour.

The third headlining group, Emancipator, known for their etheric melodies, immaculately smooth samples, and addictive drumbeats will add a melodic baseline to this tour. Electronic beats, combined with live instrumental violin will sweetly play off the sets by Beats Antique and Shpongle.  We're also glad that Lafa Taylor is on the bill -- a perfect chance to showcase his collage of harmonic, bass heavy, multi-tempo music to fans of the other three artists.  We're confident that he'll be able to quickly heat up a packed dance floor.

To say that I am excited to photograph this multi-dimensional sound and visual experience doesn't tell the whole story.  My experiences with Beats Antique, Shpongle, and Emancipator have all been truly smashing - as they all deliver uniquely distinctive performances.  Together, with Lafa Taylor -- and the whole concept of the Creature Carnival -- pushes things way over the top.  If the stars are aligned for these very talented musicians, all featured acts will come together like clockwork.  An allegiance to their similar worldly undertone, but in completely different ways. If you are looking for a night of captivating surprises, then I know I will be seeing you this weekend! 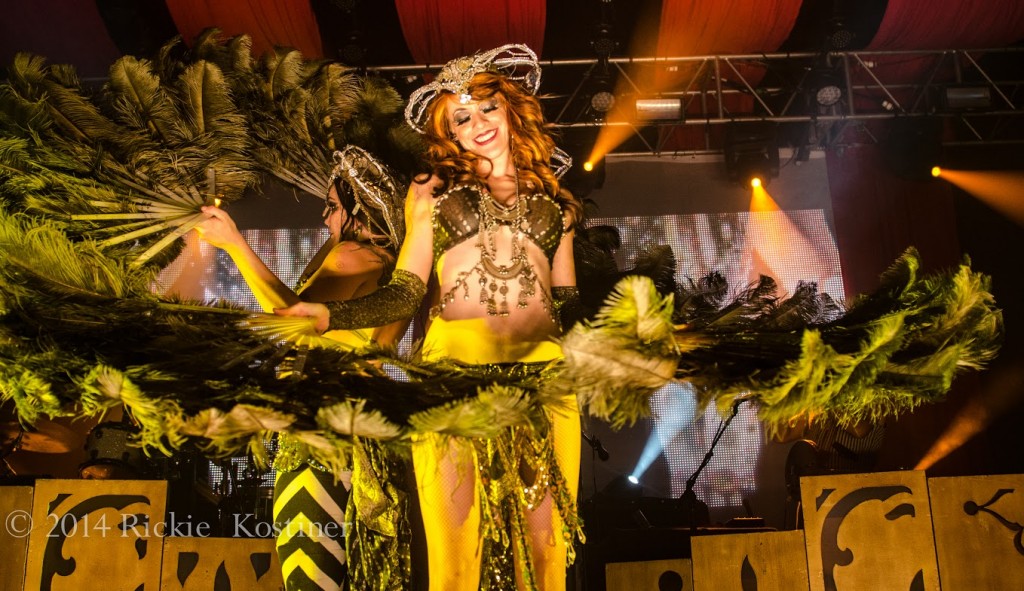