Rumor: String Cheese Incident to Play 3 Nights at The Aragon This Winter


I'm a little late to post this one after it went viral last week, so for all I know everybody who cares already knows about this.

But it looks like String Cheese Incident will be heading to Chicago in January, based on this image that circulated on social media. 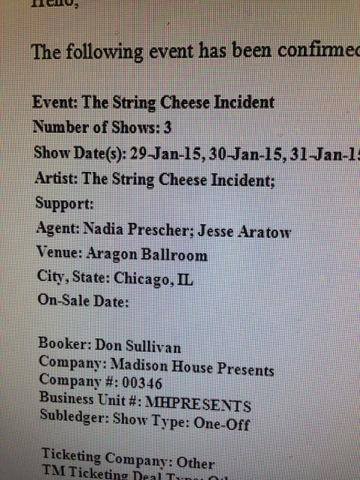 I'm not sure where it originated, and it looks like a photo of somebody's computer screen -- not exactly an authenticated, certified, 100% Kang-firmed event -- but I'm inclined to believe it for the following reasons.

1. SCI's last appearance in Chicago was way back in 2011 as a part of the Chicago Bluegrass & Blues festival

2. Their recently announced fall tour does not hit Chicago.  These shows are listed as "Show Type: One-Off".

3. The venue seems right size for a three night run, especially as a standalone weekend in a major city.

4. The names listed above all check out with the band's management.

5.  It does not appear any band members have conflicts with solo projects or other commitments on these dates.

I'm guessing this is a go, so mark your calendars for January 29th, 30th and 31st for a bit of Cheese in Chicago. 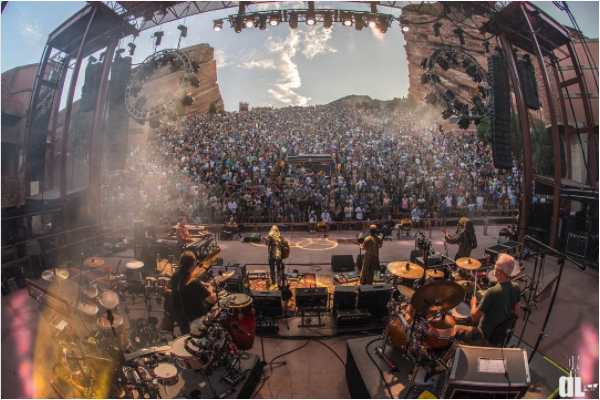 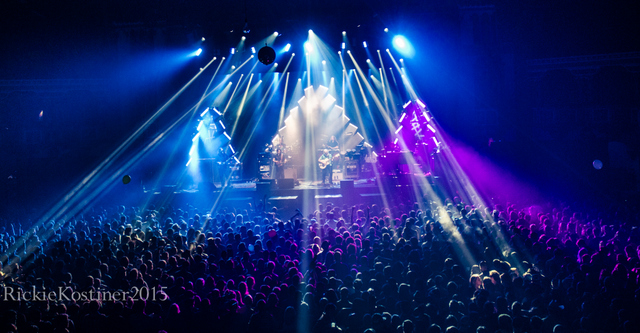 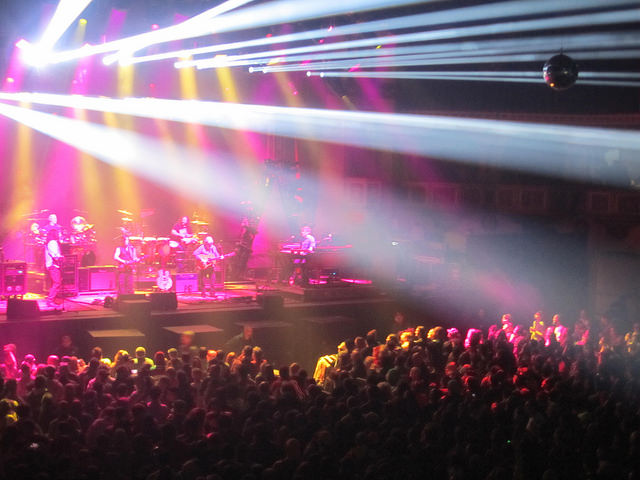 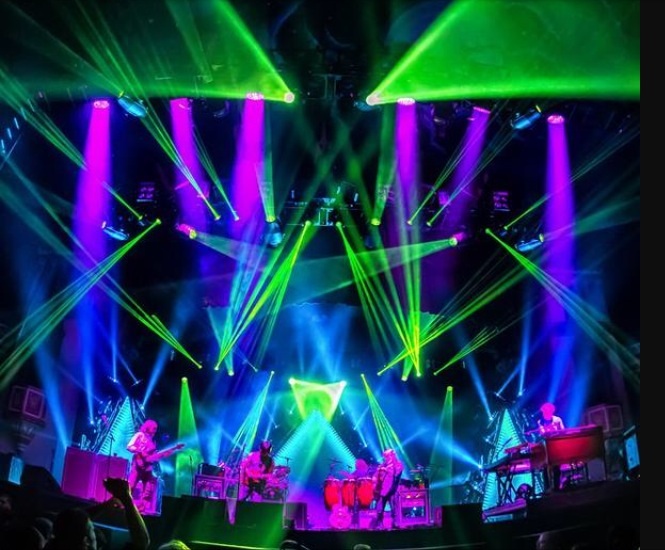 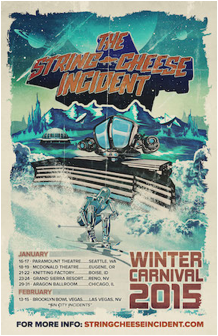 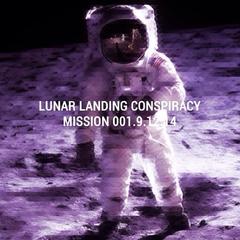 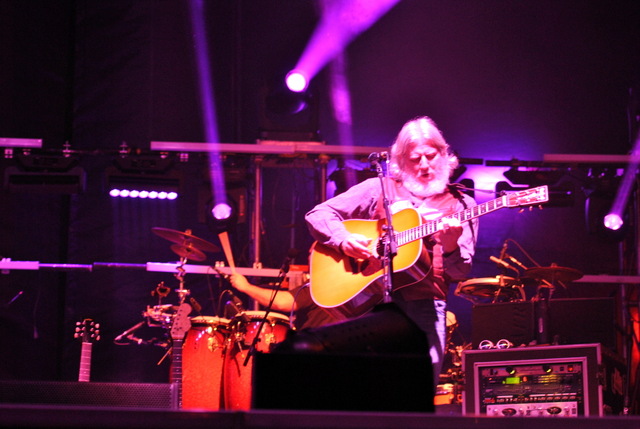