The Sights and Sounds of Riot Fest Chicago 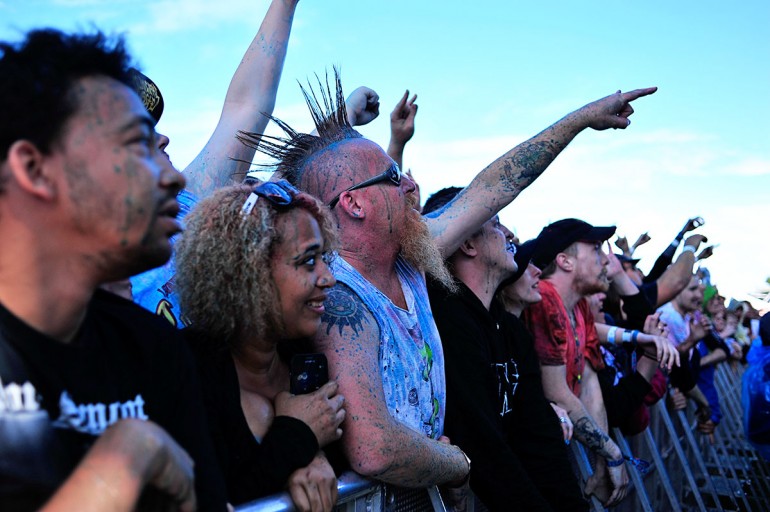 As a music photographer, I am a fan of all performers and a critic of none.

It takes a lot to get up on stage and put yourself out there. As someone who makes images for a living, I am left with trying to interpret what happens up on stage visually.

Capturing the essence of a performance is more important to me than if the drummer hit every beat or the guitarist used a cool technique. Luckily Riot Fest earns a ton of points for visual style -- there was no shortage of interesting things to point my camera at, on stage and in the crowd. 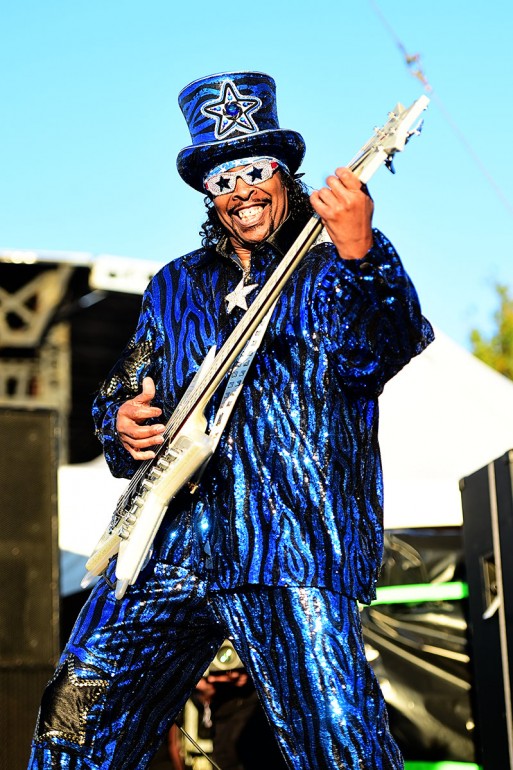 The event heated up over the course of three days, both in terms of the weather and the performers. Its new setting in Douglas Park (relocated from previous years at Humboldt Park) was swampy and cold for festival goers on the opening Friday.

Rain from the previous night drained into the middle of the field, which was ringed by the seven themed stages. This meant that fans moving from stage to another were forced through the mud pit that was the middle of the park in order to get to a different stage. Organizers did their best to add mulch to the particularly bad spot, but ultimately fans embraced the muck.  What did you expect at Riot Fest? 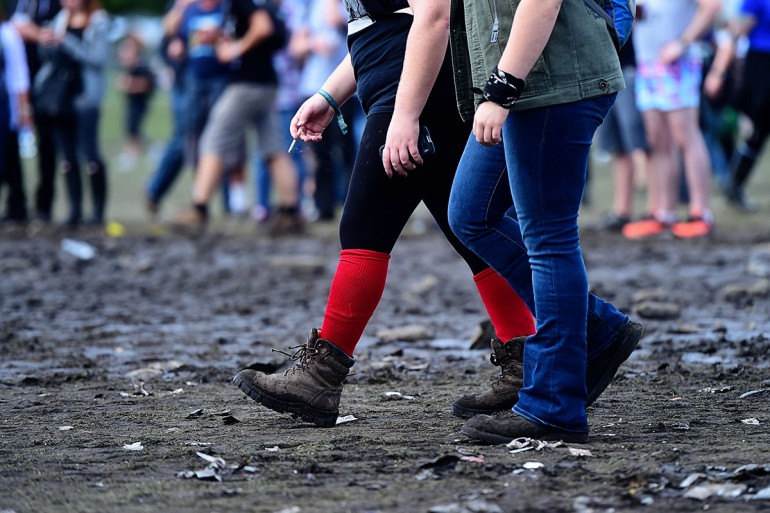 Bands on 5 of the 7 stages skewed to the "rockin' dad"  demographic. That is, bands that are old enough that for a person to remember fondly from high school 25 years ago.  Let's even throw a band like De La Soul, into that category. 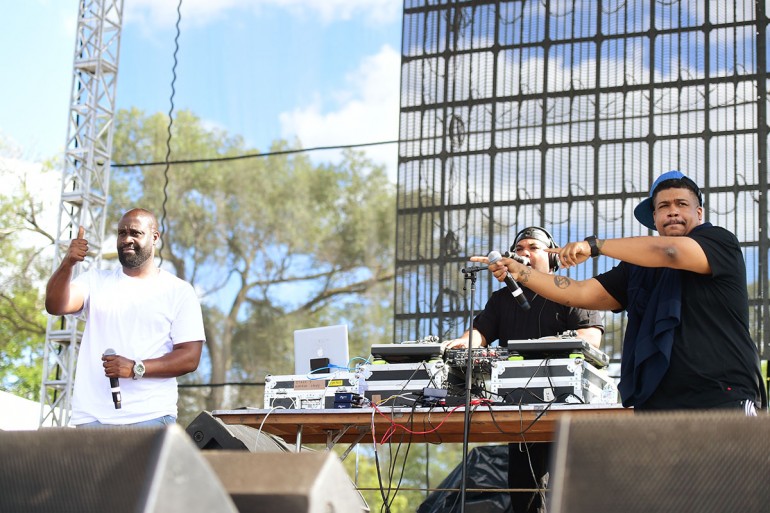 You could just as easily designate bands that are younger but still accessible to all ages -- call it the Modest Mouse effect -- into the dad rock paradigm. 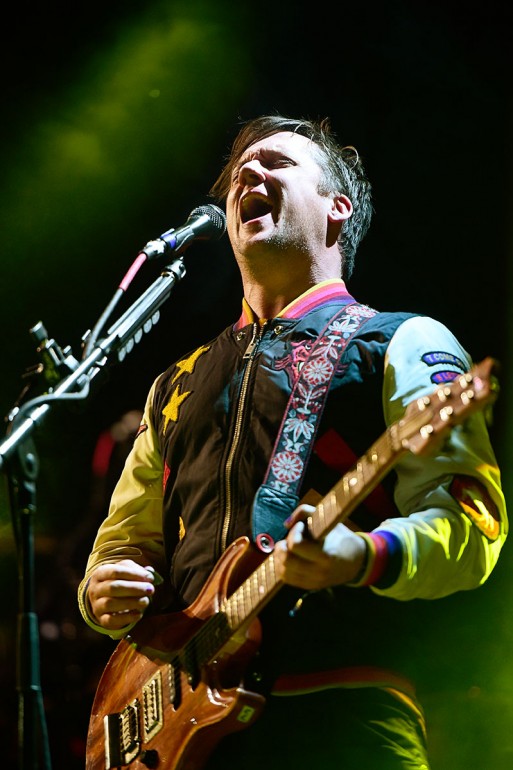 The remaining two stages featured niche and up-and-coming bands that attracted younger crowds -- some will be headlining Riot Fest in 2035 I'm sure. Some notable exceptions were the performers that were universally adored such as Tenacious D, Ice Cube and Merle Haggard. 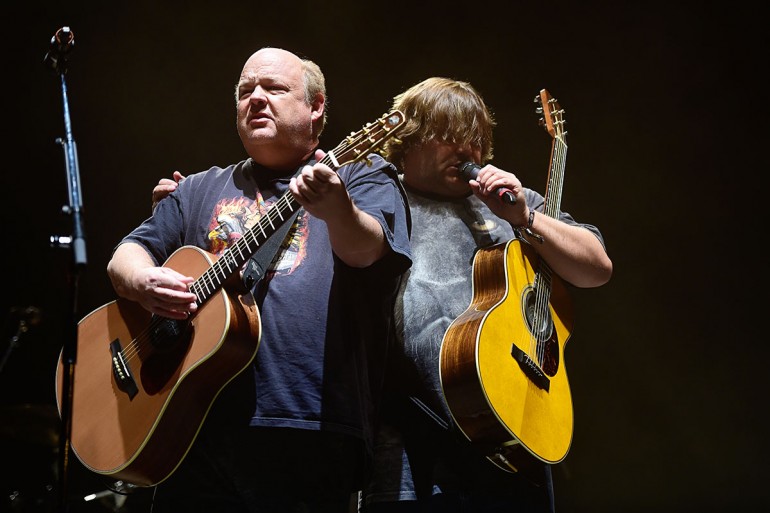 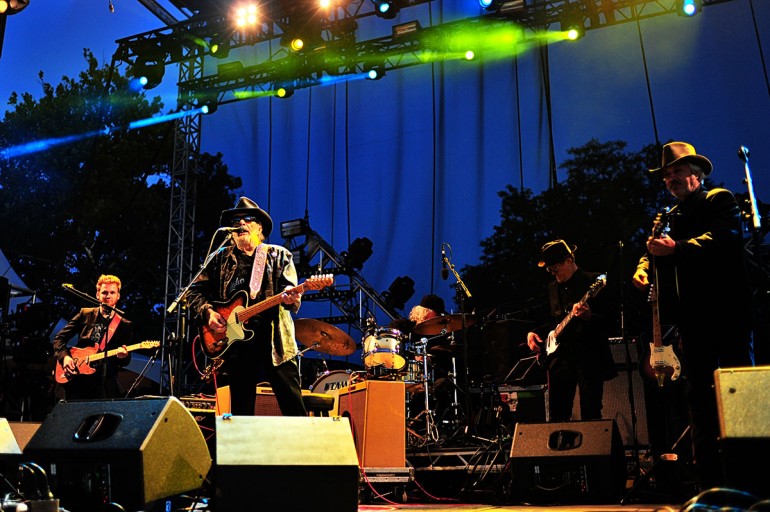 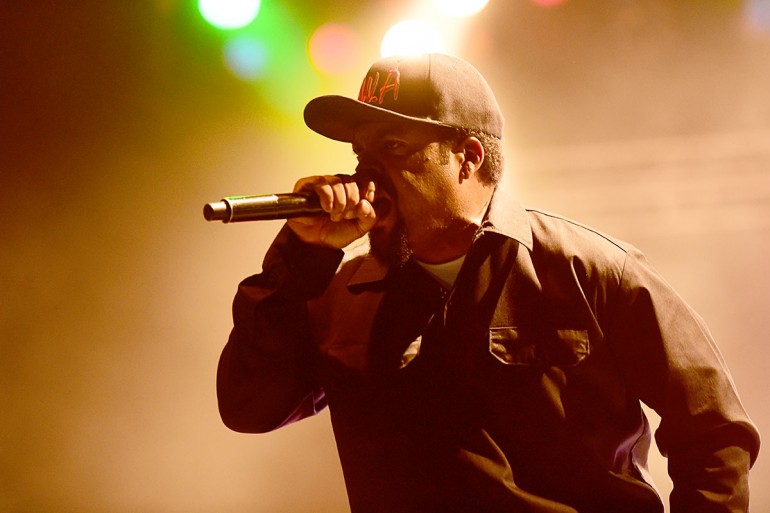 As the Fest progressed through Saturday and Sunday, we were charmed with warm and windy weather that substantially dried up the fields, though a few sections of nasty smelling muck did still require special navigation. The carnival rides, hot air balloon and mini-golf set up in the middle of the fields seemed to have been purpose build as the weather improved. 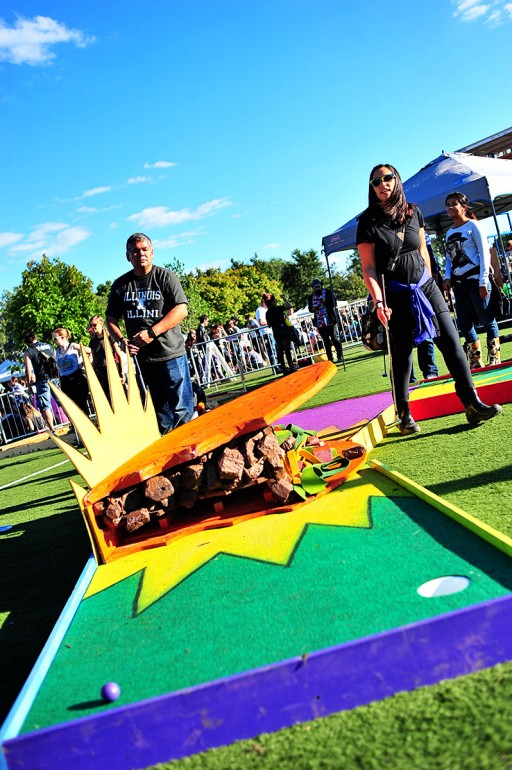 Outside the fest, a massive police and transit authority presence helped keep nerves calm and relations friendly. As the sun went down, the perimeter attracted the usual weirdos -- guys that sell T-shirts and random junk, the general stoners who just come for the event but not because they have any interest in the actual music

Photographers get to see more bands than most people, partly because of the restrictions that are placed on us. Typically, photographers in the pit are only allowed to shoot the first three songs. After that, we are booted out in to the field.

Rather than watch the remainder of a set from the field, we seek out another stage with a performer that is scheduled to start soon. The two primary pit managers at Riot Fest also warmed up during the course of the weekend, starting off with stern looks and lots of warnings on Friday afternoon to warm smiles and friendly nods by Sunday night. 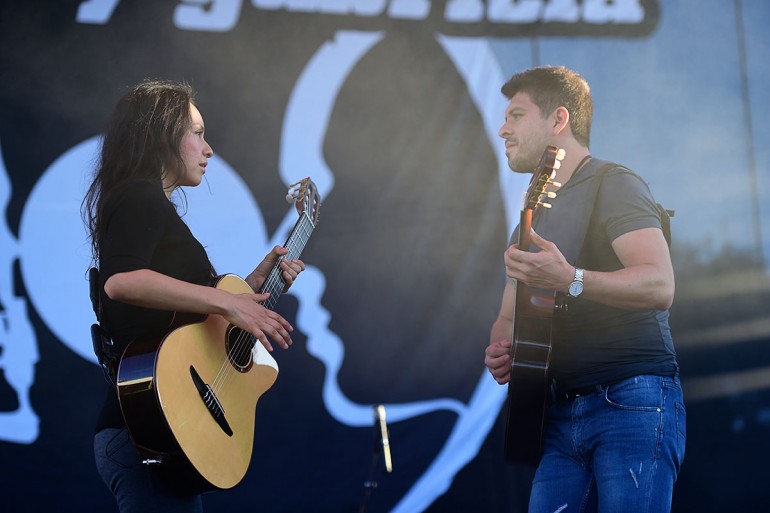 With each new band, my fellow photographers and I (who travelled in a small herd)  jockeyed with each other in our attempts to get the perfect shot. Was this new performer our chance to combine the light, the angle, the lens and the performance to capture a shot so great that you could almost hear it? 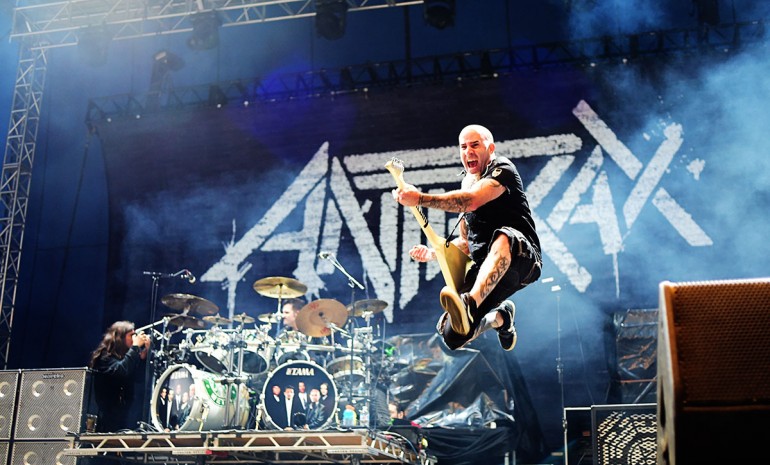 As a result of the three-song limit, photographers are never taken on that cathartic journey through a whole set. We have the rush of energy at the beginning, but we miss out on the calm middle songs and rousing end crowd-pleasing finales.

Our view of performers comes from what they deliver in the first three songs. Veteran stage performers know how to connect with photographers, move across the stage, interact with band members and reach out to the crowd at the right moments. 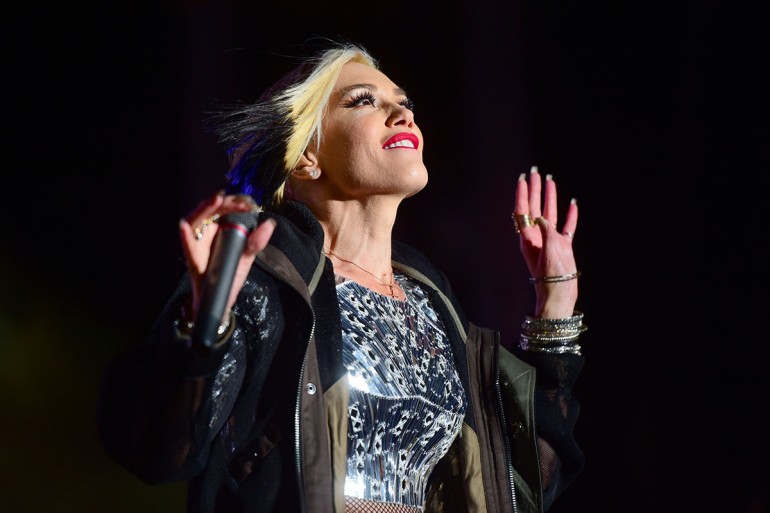 They know that photographers are only there for the first three songs. Others, like Thurston Moore, only perform in one style (fully engaged in his guitar, oblivious to much else) so photographing him from one song to the next is practically the same. 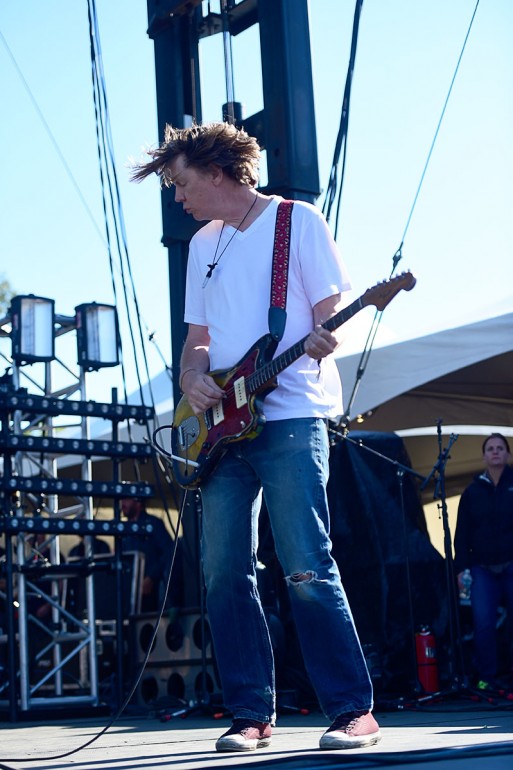 The huge array of fans that attended the festival, including goths, punks, skinheads, college kids, teen fan girls, families, grandparents, and everything in between attests to the huge range of genres that were represented on stage.

Even with this huge variety, Snoop Dogg still managed to annoy everyone with his late appearance on stage. It was the only time the crowd hurtled anything, other than themselves toward the stage and into the photo pit. 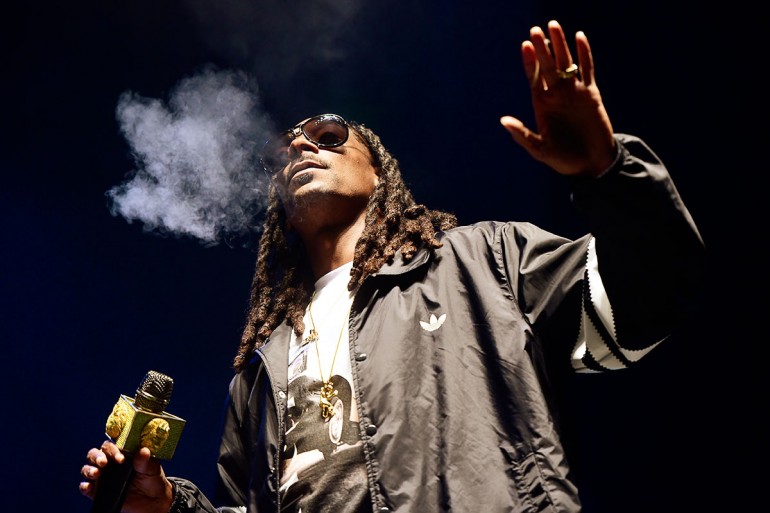 The rest of Heidi's gallery is below, but be sure to also click through to see more observations and video captures from the festival from our friend KC Driscoll.

Click to see more observations and video captures from the festival from our friend KC Driscoll.

Here's some assorted notes by KC Driscoll and some key video footage of the festival.