So much "real news" is getting mixed in with our music news these days.  While federal funding for programs like the National Endowment of the Arts, National Endowment for the Humanities, and Corporation For Public Broadcasting may not directly affect the majority of music we report on at Tomorrow's Verse, they do help sustain an overall appreciation for and elevation of arts of all kinds.  We support these programs.

But they may not survive a 2018 budget currently being proposed by the Trump admistration, hoping to reduce federal spending by $10.5 trillion over the next ten years.

So how much do these programs cost taxapyers, and where to they fit in the overall budget?  The Washington Post has put together this handy pie chart for a little perspective. 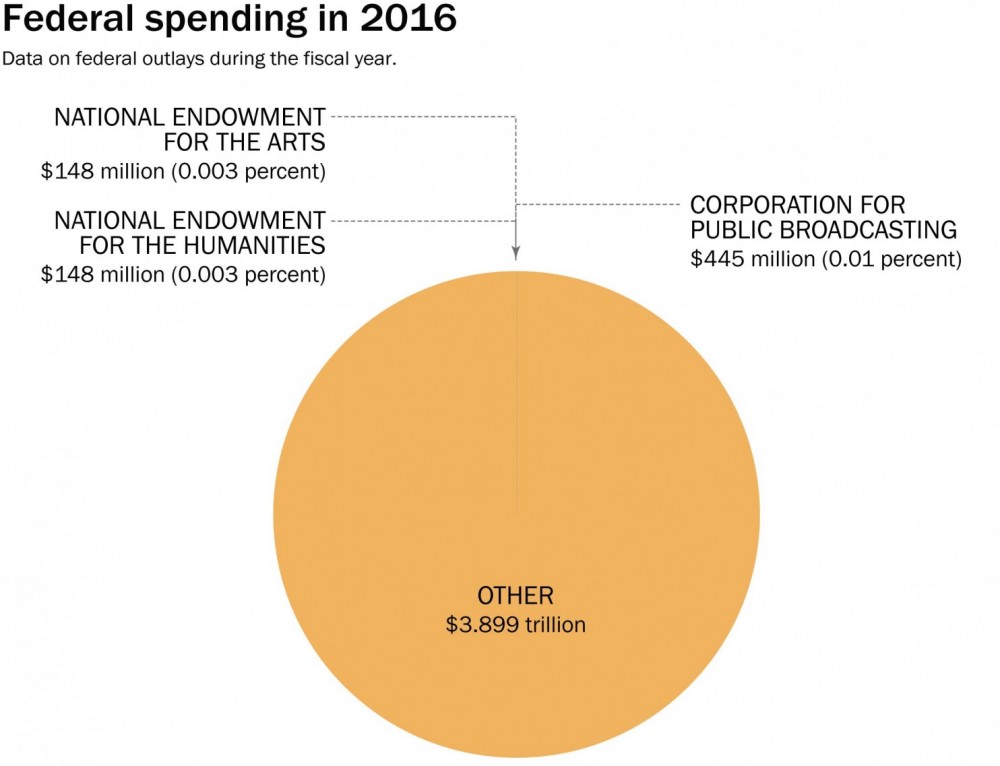 If you were at Thanksgiving and demanded a slice of pecan pie proportionate to 2016 NEA spending relative to the federal budget, you'd end up with a piece of pie that would need to be sliced off with a finely-tuned laser. Put another way, if you make $50,000 a year, spending the equivalent of what the government spends on these three programs would be like spending less than $10.

Now let's enjoy a Phish set from a show partially funded by Corporation For Public Broadcasting, shall we?