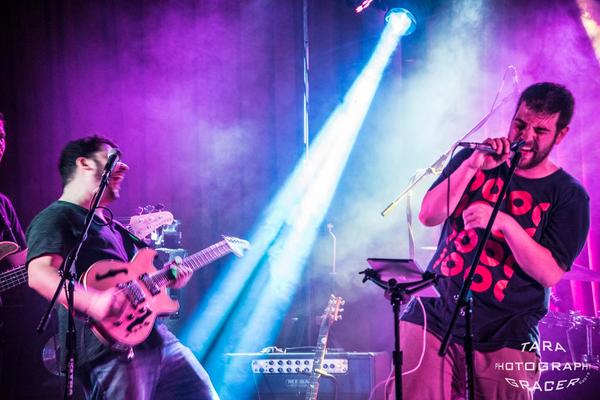 Is it possible to have a Phish tribute band and not play any Phish songs?

Consider this:  according to phish.net, Phish has performed 937 different songs in some form over the course of their 30+ year career.  Of those, 557 are covers. Given that covers represent an ever decreasing part of Phish's actual songlists, perhaps there has never been a better time for a band like Crosseyed & Phishless to emerge.

They perform their only-Phish-covers brand of tribute for the first time since Summer Camp Music Festival on Saturday, October 15th at Subterranean in Chicago.

But they haven't spent that time hibernating, they've spent it plotting.

For a band that approaches Phish slightly askew, apparently they have a similar point of view on Halloween traditions.  You see, while most of us will be celebrating on the traditional October 31st, they're throwing a Halloween party on the 15th. 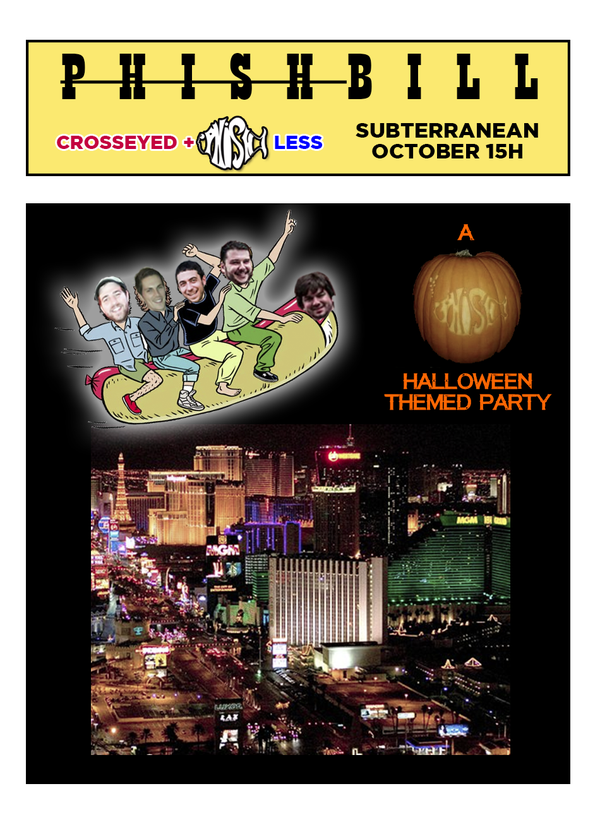 While their "traditional" shows run the gamut of Phish's popular and obscure covers (see sample setlists below), you can expect Saturday's setlist to feature the tunes that Phish has played on Halloween's past.  They are all encouraging attendees to dress up in a Phish themed costume.

Tickets are $12 in advance (slightly more at the door), but we are happy to offer some of our readers a crack a free pair.  Entering is simple. 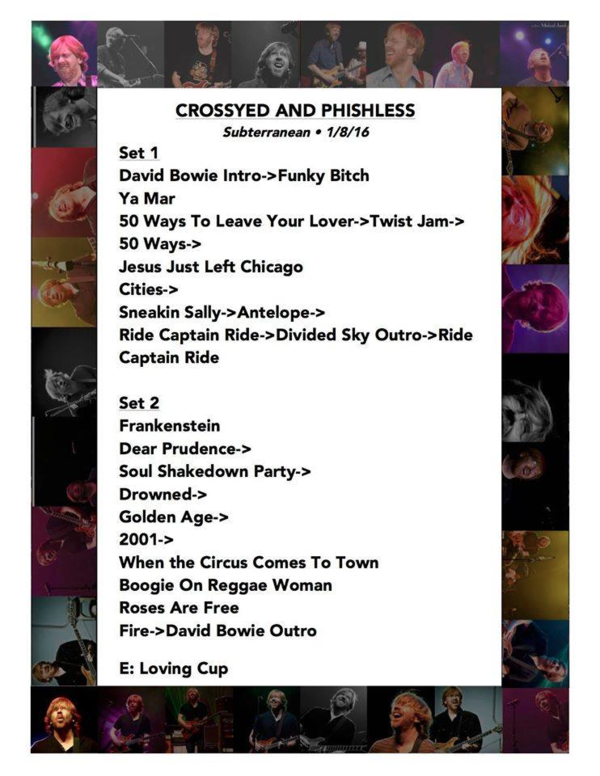 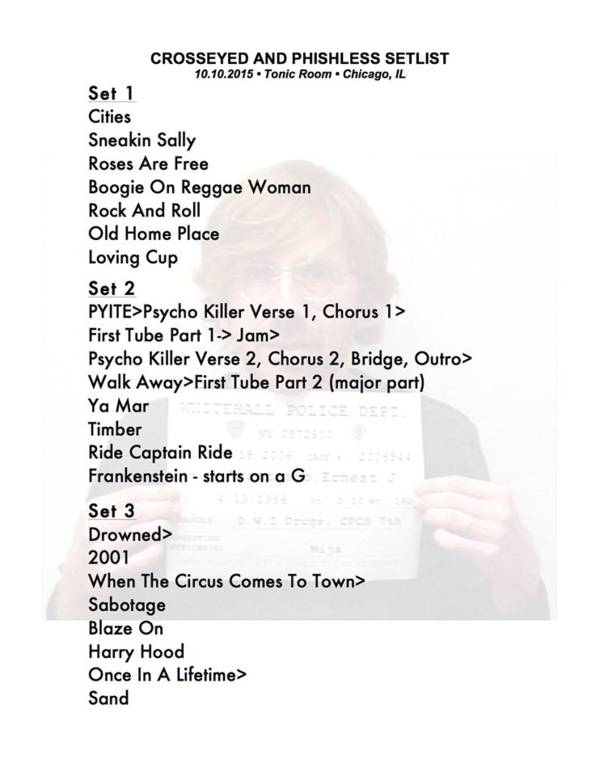