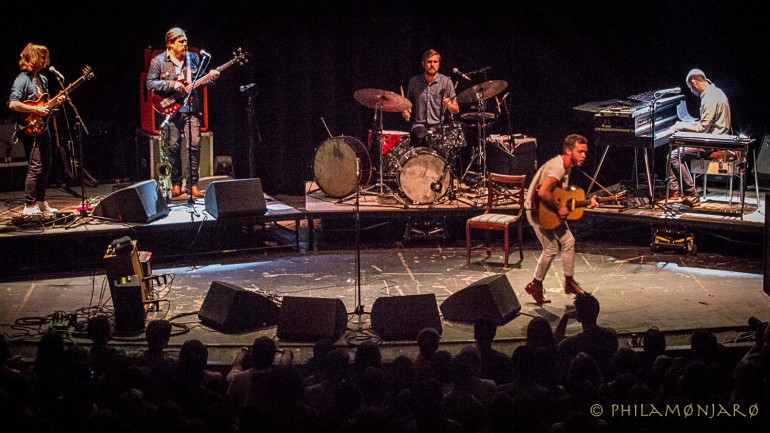 Kristian Matsson is the Swedish singer-songwriter also known as The Tallest Man on Earth. For a decade, Matsson has won fans and critical acclaim for his studio efforts, and especially on the strength of his animated, energetic solo concerts.

His fourth and latest record Dark Bird Is Home is the first to feature a full band on almost every track. So it’s fitting that a versatile four-piece backing band on drums, guitar/violin, bass/saxophone, and keyboards/pedal steel is supporting him on his current world tour.

Matsson ran onstage, and jumped over a chair that served as an acoustic guitar stand to kick off the first of two sold-out nights at Thalia Hall in Chicago.

The charismatic performer led his band right into the new album’s lead track “Fields of Our Home.” He responded to the crowd’s thunderous applause with a heartfelt “thank you Chicago.” Then he danced, jumped and ran around the stage while performing “Slow Dance.” The Tallest Man on Earth’s expanded sound reached a folk-rock peak on “Darkness of a Dream” and “Timothy.” 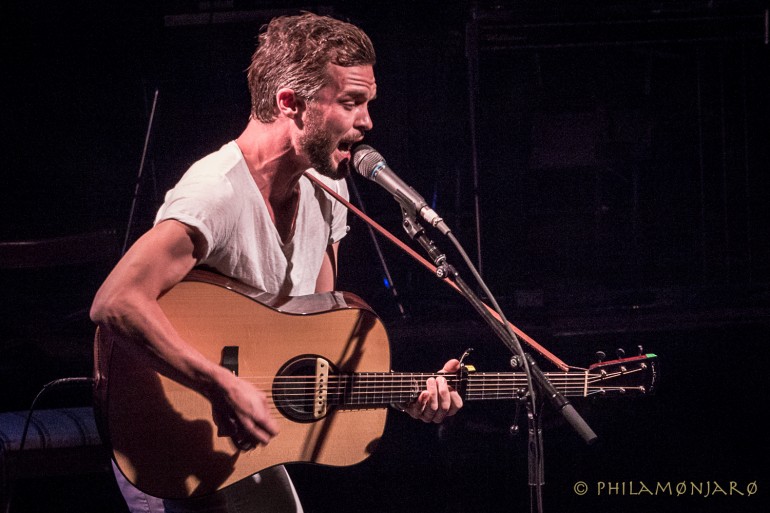 An unexpected solo set followed, and Matsson matched busy fretwork with fancy footwork on “Love is All.” He traded electric for acoustic guitar and walked the stage as the audience sang along to “The Gardener,” and swiveled in his seat while playing “A Thousand Ways.”

The band returned for “Sagres,” and the song’s atmospheric pedal steel and violin interplay evoked a big, open sky ambiance in the historic venue. A few songs later, Matsson got so swept up in the ethereal “Revelation Blues” that he laid on the floor during part of it.

For the second set of songs without the full band, he played “Criminals” from the 2012 effort There’s No Leaving Now and sat down at the piano for “Little Nowhere Towns.” His backing guitarist added vocals to “Where Do My Bluebirds Fly” before the band returned to end the set with “King of Spain” and “Dark Bird is Home.”

Just as he did at the start of the show, Kristian Matsson jumped onto the stage to join his bandmates for the encore. He began “Dreamer” with microphone in hand then strapped on an electric guitar for the big finish.

In contrast, it was so quiet you could hear a guitar pick drop when The Tallest Man on Earth sang “Like a Wheel.” Band members left their instruments to gather on a rear riser and provided backing vocals while Matsson sang and played acoustic guitar upfront for a rapt audience. It was the perfect ending to an amazing show.