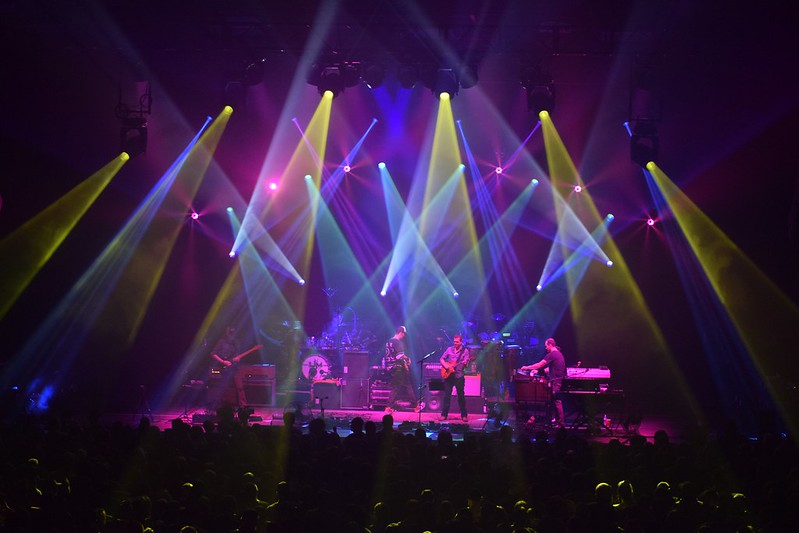 Umphrey's McGee set up shop for two nights at the Wings Event Center in Kalamazoo, Michigan with special guests Marcus King Band. This short winter run saw people coming in from all over the Midwest for the band's only regional shows of the season.

The small hockey arena seemed like an odd choice at first (the band's shows were sandwiched between the Harlem Globetrotters and Kevin Hart), but the room filled up pretty nicely both nights, and the combination of over-the-top lighting and the arena rock strutting that Umphrey's is known for made for a couple of fantastic rock and roll shows. 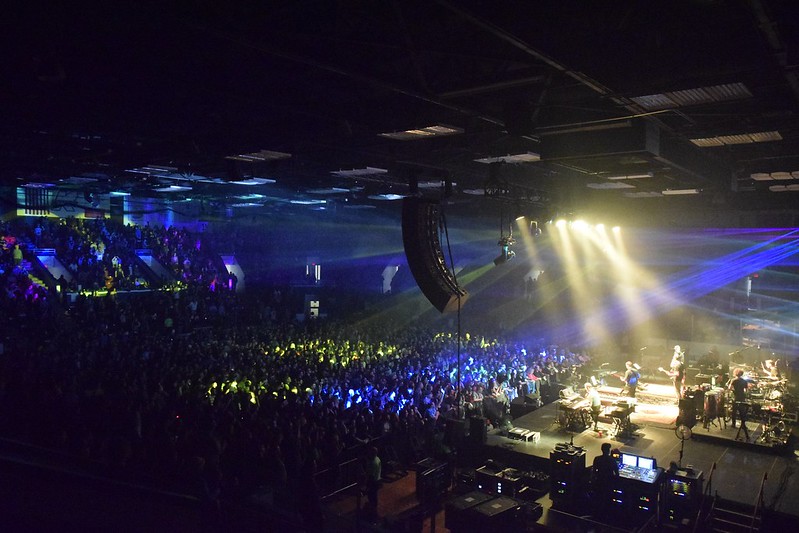 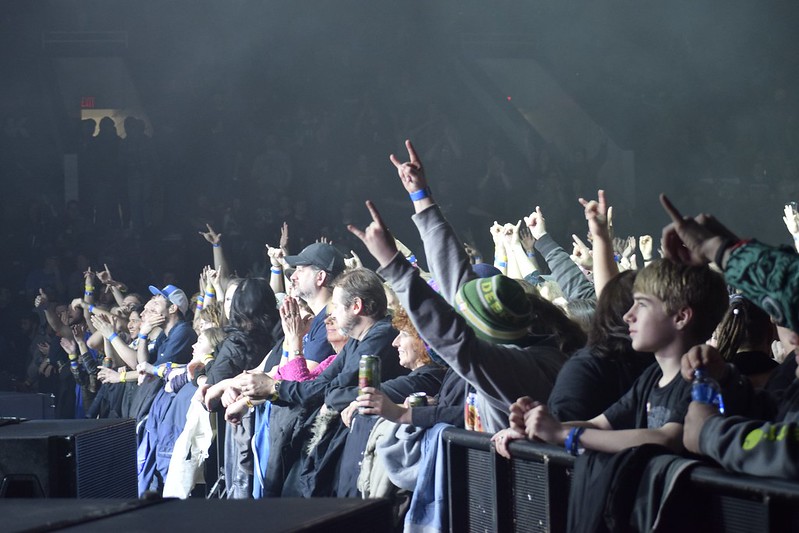 The action began on night one with a quick jaunt through the head-banging "The Floor", perhaps a nod the venue? A big "Draconian" followed.  One of their "Jimmy Stewart"'s that got the lyrical treatment, it has been in steady rotation since its 2015 debut.

The latin infused "Prowler" picked things up and the set continued to get more old school with a great take on one of my personal favorites "2nd Self". Their ability to mix tunes with rhythmic complexity and catchy melodies continued with a Jake led "Mail Package".

"Conduit", a staple of the band in recent years came next. This tune seems to always get a similar jam within it's written boundaries, but it really showcases the band's spacey and patient side. The song segued into a surprise version of "Pay The Snucka", a quasi rap-metal tune that had been somewhat of a rarity for a couple years, but has already been busted out three times this year.

Overall, an extremely well played and sequenced opening frame for the band. 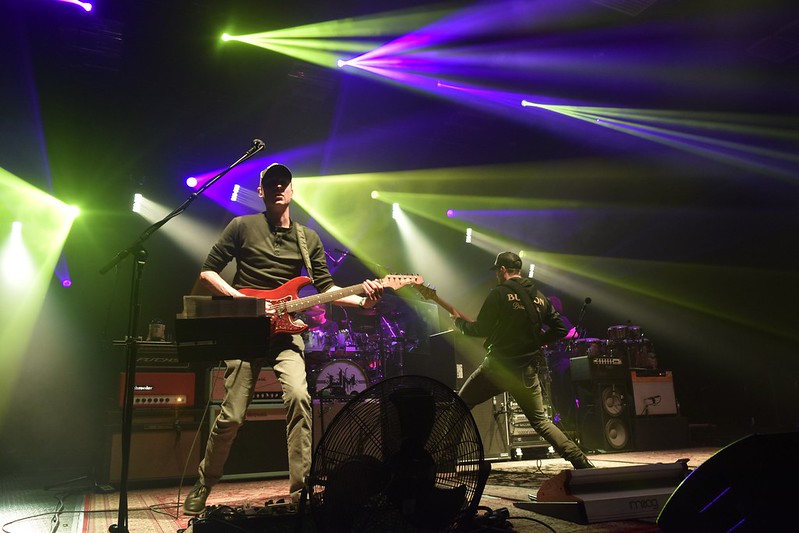 Set two kicked off with a quick take on "Bad Friday" that included a short but sweet jam, which cements this tune's role as a crowd-pleasing dance party. Another blast-from-the-past was Steve Krojniewski on percussion, having first guested with the band as far back as 1999.

The fourth ever take on "Maybe Someday", the first song from It's Not Us of the night, was solidly placed before a standout "Nothing Too Fancy". Once the band drops into the ambient intro, the crowd knows you have a solid fifteen minutes of prime Umphrey's: bombastic musical changes, shredding, and an occasional Hall of Fame jam. Tonight's moved into some dubbed-out reggae territory, which stayed pretty mellow and low volume while the band worked into a beautiful "free" segment with Joel employing the reversed-piano sound he's been fond of in recent years, Stasik washing things out with some bass bombs, and Jake putting on his best Jerry impression. Clearly they are comfortable with taking risks, even in these big settings.

"Booth Love" came up next and brought back the dance-y vibe with some cool interplay from Jake and Brendan. The segue parade continued into heavy rocker "Kula".

"Daffodils", a throwaway Mark Ronson Cover came next, before leading into crowd favorite "Wappy Sprayberry".  While not my favorite Umph tune, who could deny that pull? It hits hard every time, with unique interplay in the improv and rocking choruses. I like it a lot in a set-ending slot.

Encoring with a brand new song "The Silent Type" is already a risk, but especially so when the poppy number has some fans divided. However, the choice was a well made as they built to a tremendous peak and left the night on a high note.

Overall, it was a really well played show with a lot of interesting jamming choices and moments.

Highlights: "2nd Self", "Mail Package", "Nothing Too Fancy"

Night two got off to a raucous start with a nearly twenty minute version of "Bridgeless". A song they usually choose to "break up" now, this one had some patient dissonant jazz fusion vibes going. Aggressive and sharp playing continued through the improv sections, which moved to incorporate some up-beat chord changes. This contrast is one of the things that makes this band so fun, and well, so weird. The band built to a moving peak before finishing the epic tune.

"Half Delayed", one of my favorites from the new album followed. Jake gave a shoutout to his hometown of Niles, Michigan, and his cat Ringo, before jumping into the titular song. A solid, but not a standout take on the tune.

They chose to slow things down with a dedication to former drummer, Mike Mirro, on "Rocker". The sentimental tune was a good fit, and definitely played into the vibe of "look how far we've come". It even had a nice inspiring jam to boot.

The "Power of Soul" that came next featured Marcus King, and his keyboardist, D-Vibes, propelling the band to phenomenal rendition of the tune, and maybe one of the best sit-ins I've seen with these guys. 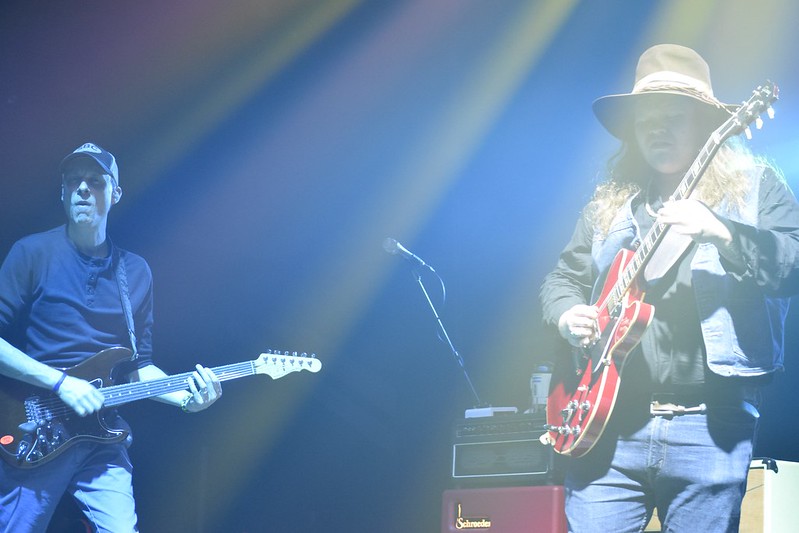 "Puppet String" got the call next, and quickly moved into some outstanding improv. Kris and Andy built some Middle Eastern layers while Jake incorporated some microtonal and sitar-esque licks. It was one of the most unique jams of the weekend. Without finishing the song they sped up and ripped the jam to an thunderous peak before they jumped back into the end of "Nothing Too Fancy", completing the version from the night before with a tip of the cap to the fans attending both nights.

The archetypal UM tune "All in Time" got the second set off to a great start. Hitting over twenty minutes, the jam incorporating some of Stasik's synth bass grooves with the band working in odd chord changes and interesting rhythmic riffs. Stasik brought one of his bass lines to the forefront and, almost immediately, Joel and Jake locked in. The jamming this weekend continued to be patient and subdued, for Umphrey's anyway. Some cool full band trading, tense chord buildups, and a nice peak, led back into the rest of the song, which ended in its usual soul-moving, fist pumping stanza.

"Whistle Kids", another new song, was begging to be jammed out, but regrettably ended short.

A beautiful "Norwegian Wood" jam occurred out of "Jajunk" even including a "Third Stone From The Sun" tease, and led into the end of "Puppet String".

An interesting move came next in "Utopian Fir", where the band will usually do a short tease of a cover, they dropped into a full-on version of David Bowie's "Fame", before ending "Utopian" in atypical fashion without a jam.

A straightforward "Triple Wide" segued to the end of "Jajunk", the intense prog rock ending put a nice bow on a solid set, maybe better looking on paper besides the standout "All In Time". 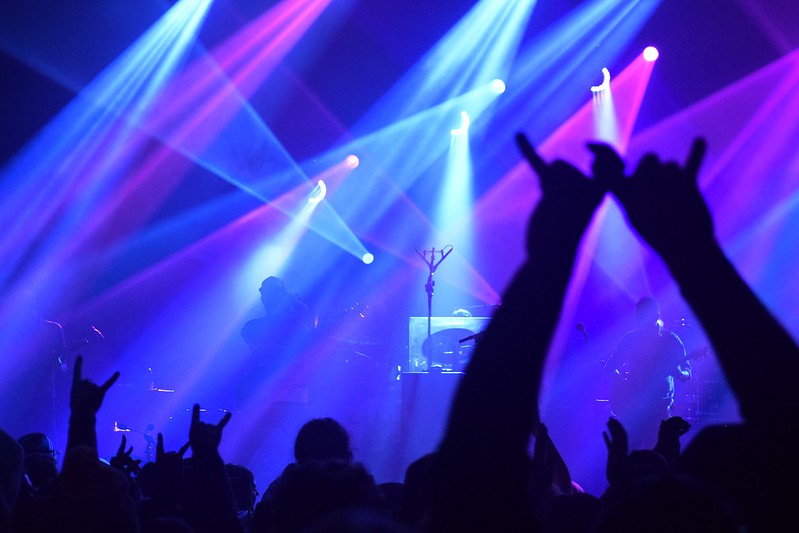 After encoring with a new tune on Friday, the band decided to go the opposite way for the Saturday night closer.  They thanked the crowd with the first "Front Porch" in 98 shows. The multiple jams, singable chorus, band intros, and party vibe, made this a great encore choice to encapsulate the feeling of their only midwest shows on the schedule for this year; triumphant. 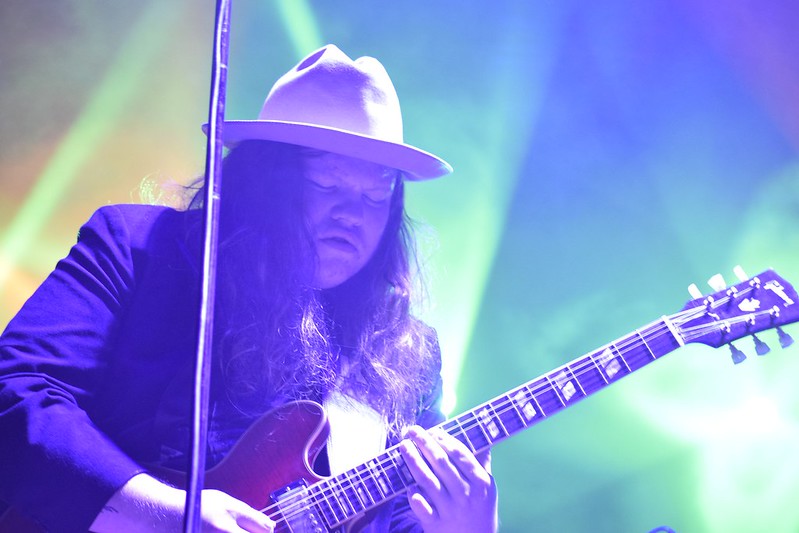 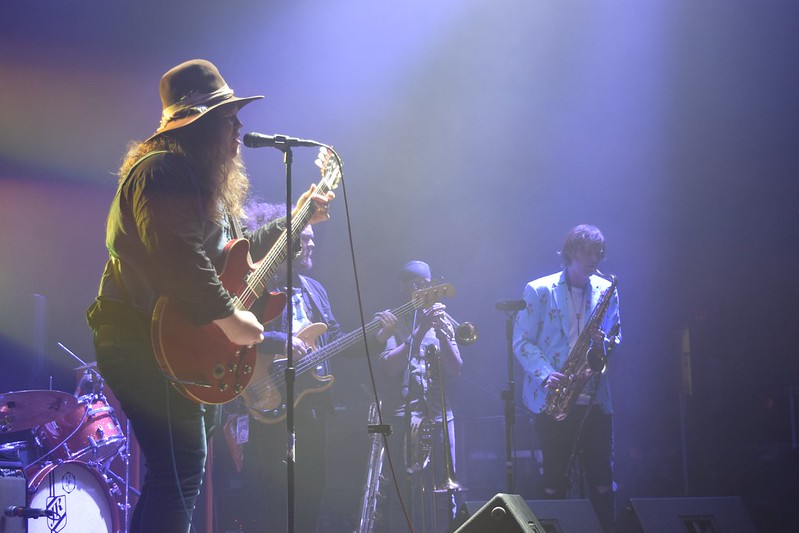 Marcus King Band opened up both nights of this run with two completely different, but killer sets of music.

They blend in elements of a lot of different music- rock, funk, jazz, soul, blues, in an exciting and unique way; think Tedeschi Trucks Band but a little jammier. Marcus himself can play like Derek, capable of inspired melodic passages, just as much as rocking freakout, and sing like Susan, beautiful and soulful.

They have a little bit of everything and put on hell of a show, including a great take on "War Pigs", and an exploratory take on their own "Self-Hatred". They'll be moving up on festival bills in the coming years so try and catch them at the local clubs while you still can.

Seeing Umphrey's playing an arena for two nights was kind of jarring, even for Brendan Bayliss who commented during "Front Porch":  "It's kind of fucked up we're even playing this room". But the excitement and crowd were real, and the music matched that energy. These guys definitely fit playing this big of a place, and it just increases the ceremonious feel, and lets the crowd celebrate a little more before, during, and after the show. I wouldn't be surprised if a Wings Center run became a new tradition for all of us willing to Get In The Van. 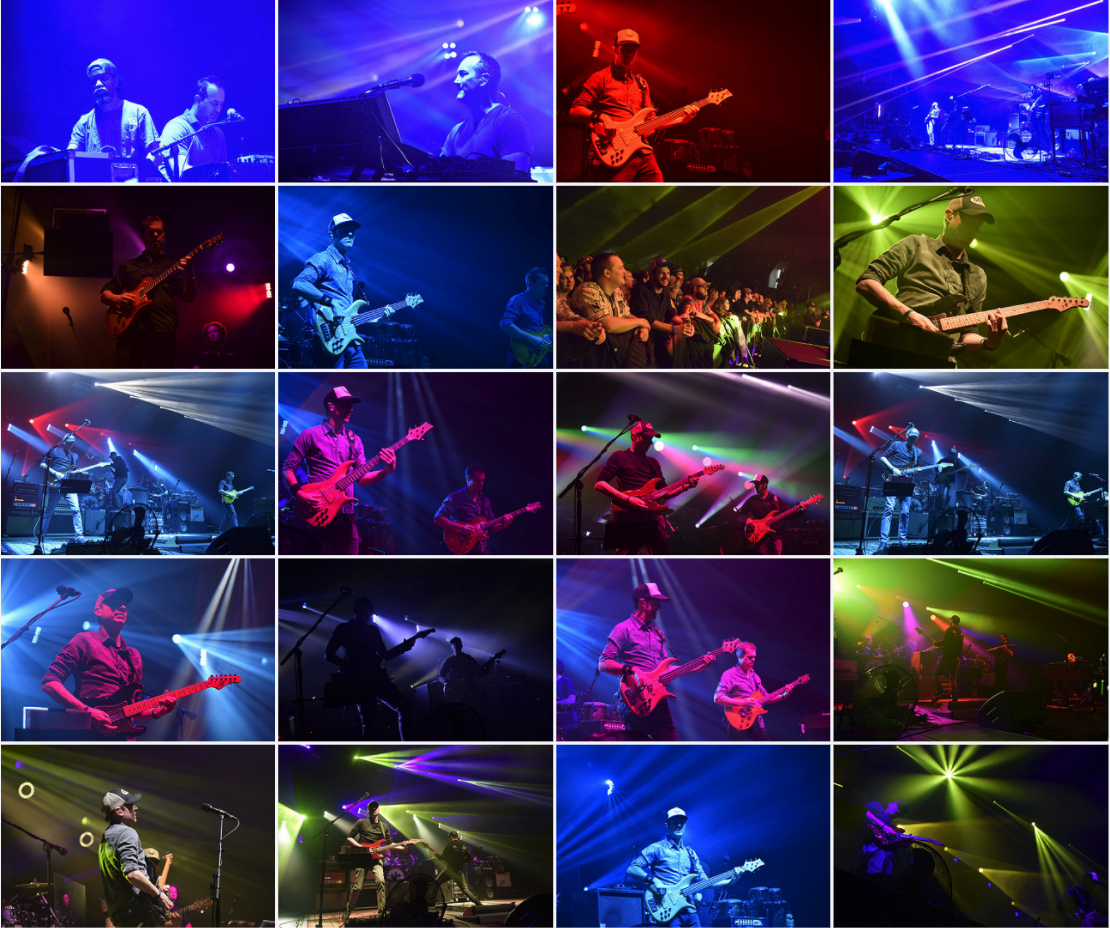 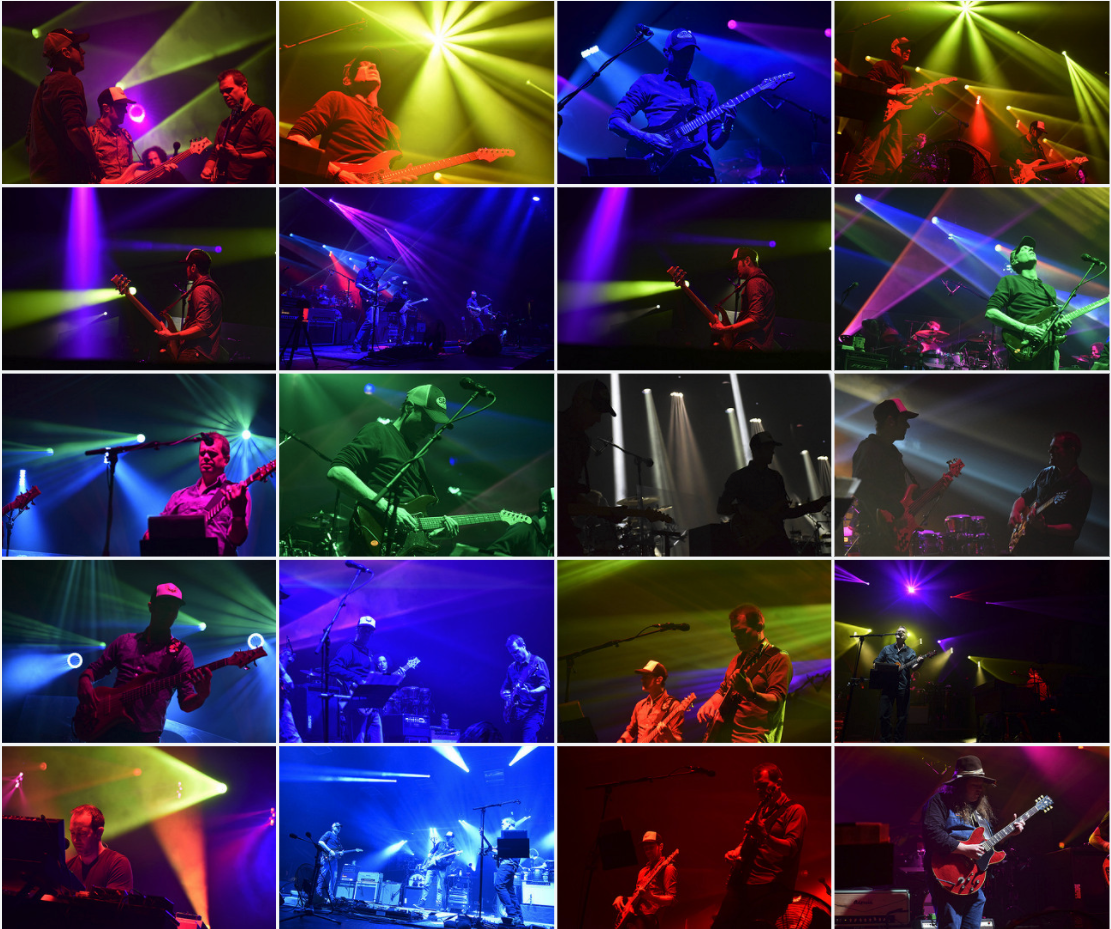 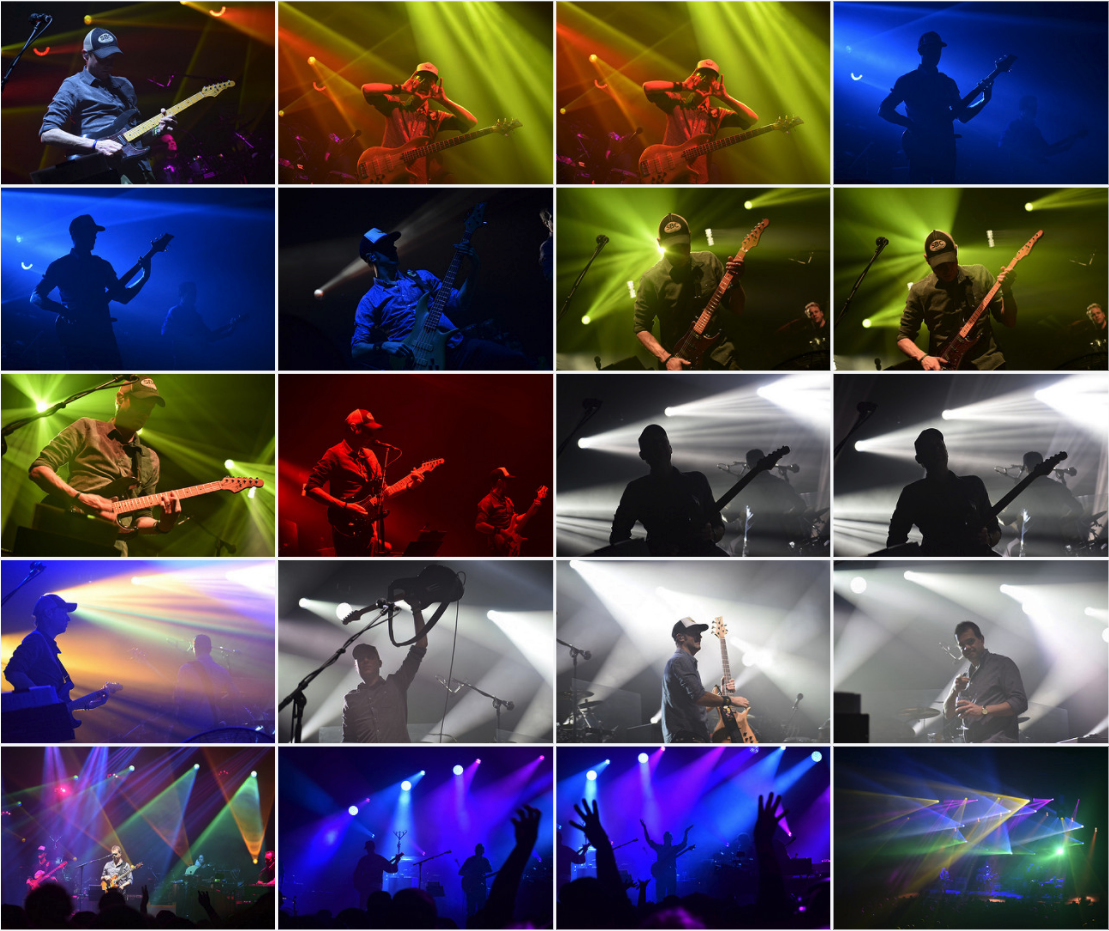