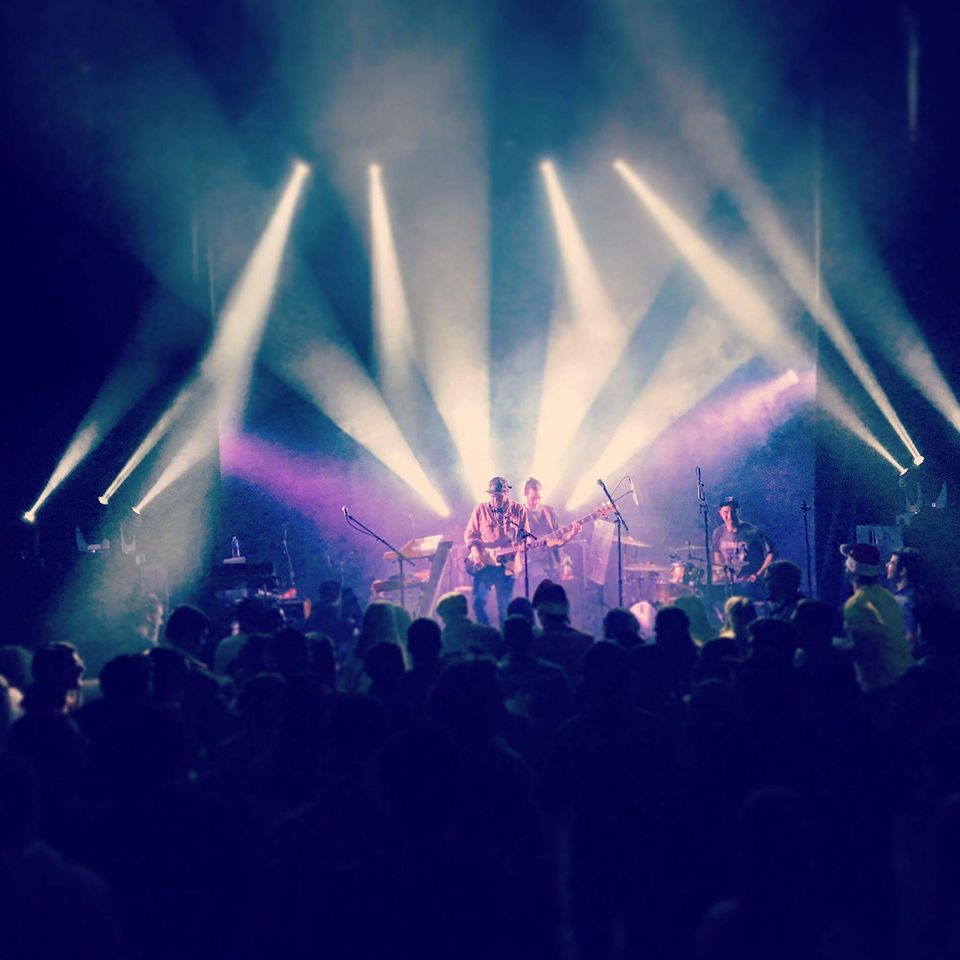 It was another snowy winter night in Chicago with two up and coming jam-rockers ready to impress a packed house.

Lincoln Hall is one of the cleanest, most comfortable, and best sounding rooms in the city, so it was a real treat to see these two bands at their shreddiest. A year ago most people in attendance had probably never heard of either band.  Mungion only formed about a year and a half ago, and Aqueous played a small show at Mother’s around this time.  Finding the pair of them teaming up for a pre-holiday gig at Lincoln Hall is a testament to the hard work and incredible musicianship displayed by these groups.

Aqueous opened the night with ”Origami”, showcasing their ability to extend and interact with their compositions. They got things really moving with an intense improv segment that brokedown into an epic 90s rock peak.

The guys won over the crowd with a take on their quirky funk rocker “Aldehyde” that segued nicely into “Gordon’s Mule”, a fun old-school tune that probably contained the best improv of the night. The interplay between guitarist Mike Gantzer and drummer Rob Houk has become a staple of their sets, with both guys locking in rhythmic figures and extending them, while Evan McPhaden holds it down on bass and Davis Loss creates soundscapes on his keys or guitar.

The guys also worked in a little bit of trip-hop, another style that sets them apart from peers. The band relished just letting the crowd groove along with Evan and Rob’s heavy back beat, while Dave and Mike explored the spaces in between.

The head-banging got started with a well executed take on Nirvana’s “Lithium”, and continued with a fan request, “King For A Day”, funneling that 90s rock sound through their original lens. Playing six songs over an hour-long set is standard fare for Aqueous at this point, as they continue to build unique chemistry in their improv, and write detailed instrumentals.

In fact, both groups shared an affinity for difficult and complicated compositions, but in different ways.

Aqueous preferred to expand on short figures and take them in many unique directions, often using one idea to play off of for minutes. This style is definitely their own and adds a nice fluidity (pun intended) to complicated music.

Mungion, however, stuck to blazingly fast lines, that were not as easily danceable, but mind-blowing nonetheless. 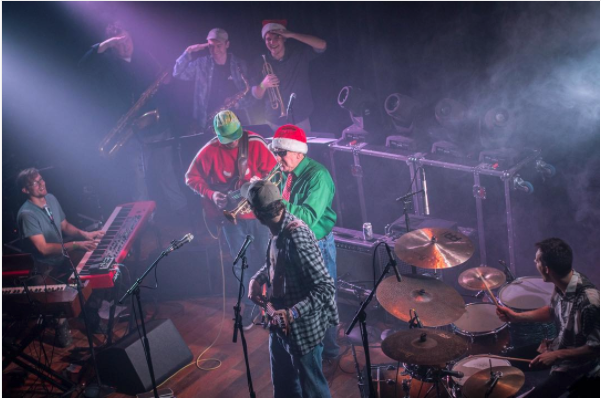 I'm still not convinced that Mungion is even a jamband. While their sound and penchant for solos fits in with many groups in the scene, to my ear they fall more into the progressive rock/fusion side of things. Think pre-90’s Phish where there wasn’t much improv, but a focus on insane, slighlty goofy composed pieces which could immediately turn heads.

Tune after tune brought a Snarky Puppy level of intricate lines and transitions that stacked odd time signatures together with flawless execution.

All the members of the group have the ability to wow with their solos at any time, with Drummer Matt Kellen ripping apart a solo in an odd time signature right from the very first tune, a calypso pieece called "Quemaste Tu Cabella". The guys barely took a breather throughout the whole show, with an endless supply of intense lines.

They even managed to throw in some catchy choruses amongst (amungst?) the packed-to-capacity arrangements. “One Night Stan” brought out a Vulfpeck inspired eccentric party pop feel, inevitably returning to more over-the-top pieces.

Guitarist Justin Reckamp built some really patient solos, which was really refreshing to see. In a scene where shredding can often take over for feel, he managed to weave in both in a very tasteful way.

The guys weren’t quite done with the insanity when they brought out the impressive, Bull-horn section (no doubt also jazz school weirdos), to not only nail the parts of their compositions, but also to take some great solos. One featured a beastly duel between sax and drums.

It could be interesting to bring in the horns full-time, or at least more frequently, on the road.  Their presence really drove home the point home that they aren’t just another jam-band.