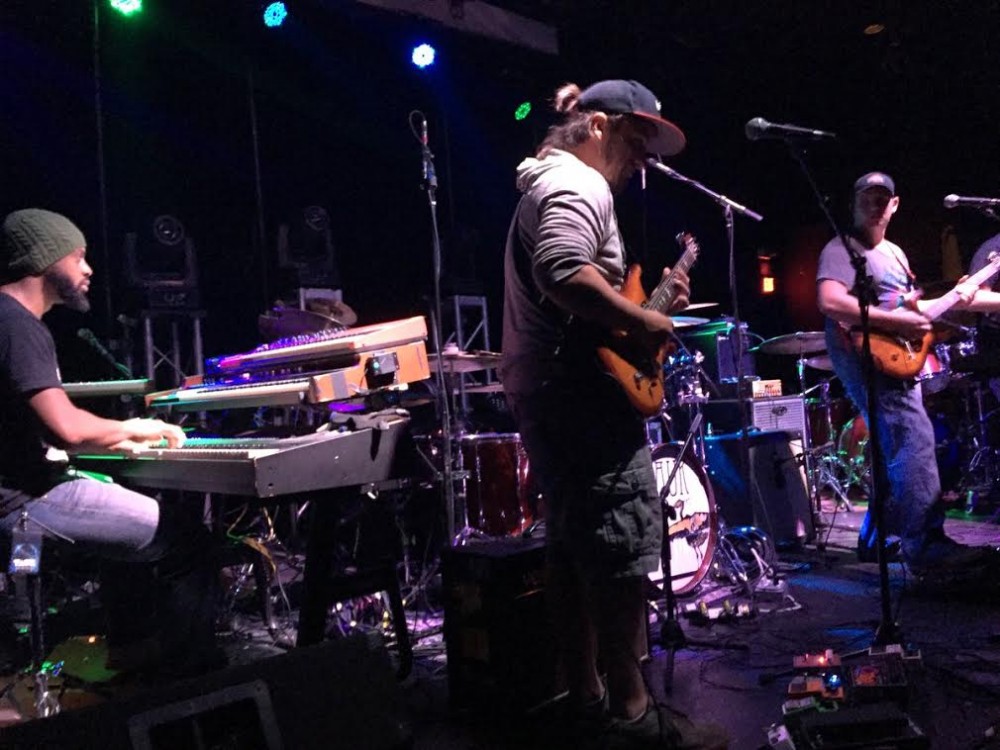 With festival season in the rear view mirror, Milwaukee sure gets treated as far as live music goes.

Over the last few years, the city has experienced some pretty intense one-on-one shows with many of the jam scene's favorite road warriors. Dopapod, Pigeons Playing Ping Pong, and Twiddle have all added this city to their regular tour schedules, and with good reason. Building a Milwaukee fanbase is a rite of passage that is earned, but once fans are hooked, they are fans for life.

They are a band who may have been the scene's "best kept secret" for the past few years, but based on the crowd that filled the Miramar on Saturday, it's obvious that word has finally gotten out.

I suppose it was inevitable given the stratospheric trajectory of this New York-based band. The young crowd that surrounded me seemed prepped and ready to grow with the band as they accepted every curveball with gusto. In return for this warm welcome, TAUK threw the fuck down -- coming out blazing and giving the Milwaukee crowd everything they craved.

TAUK has a definitive sound that has developed exponentially over the past few years. Their compositions are crisp, even when improvising, and their versatility is shared by every member in the band.

As I stood shoulder-to-shoulder in the packed room, I couldn't help feel grateful to experience a band at such an integral part of their career. Throughout the night they crafted a wordless story, open to interpretation with emotional highs and lows that pulled the audience in at every turn.

It was the classic "musical conversation", ideas flyring furiously between band members until one spark would ignite a groove begging to be explored.

When guitarist Matt Jalbert recently spoke with Tomorrow's Verse, he promised special moments on this tour. After months of playing one set shows at festivals and opening for acts like Umphrey's McGee, TAUK was primed to go rogue on stages across the country. Touring on the wings of their latest album Sir Nebula which dropped last month, the band was also equipped with plenty of new material to showcase to their growing fanbase (referred to as STAUKERS).

New tunes like "Waver" and "Darkwing" were cracked open like a fresh batch of Oktoberfest craft brew - smooth and full of tantalizing flavor. These new songs were contrasted by road-tested favorites like "Afro-Tonic," "The Chemist," and "Collateral."

The mix of old and new provided plenty of contrasting intros followed by hard-hitting, lose-your-mind, fly-off-the-hinges improv. Needless to say, they looked like they were having a ball on stage as they powered through two full sets of original material.

The connection they had with the cosmos infected the room and infused the audience with energy. The encored began with "When in Doubt", which was followed by the climactic theme song from the movie Kill Bill -- check it out in the video above, you'll know it (and love it) when you hear it.

TAUK has essentially redefined what it means to be an all-instrumental band in the jam scene. By rejecting the safe zone of untzy repetition and replacing it with the challenge of finding an emotional center for their music (in front of a packed room no less), they've managed to impress even the most critical of live music fans.

It was a thoughtfully curated experience, and deserving of their increased notoriety. 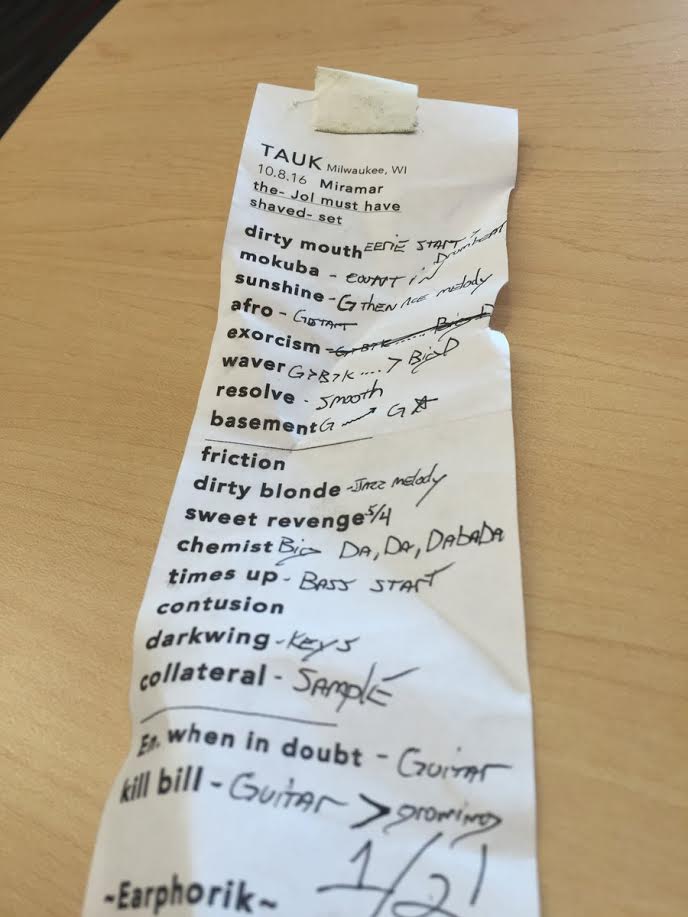 The night was opened by a four-piece band from Fort Wayne, Indiana called Earphorik. These progressive chameleons produce a powerhouse sound, their influences clearly visible as they shape-shifted through genres of funk, reggae, and high energy rock with touch of southern charm.

Sections of their hour long set included drawn out jamming and segues ("Mizer Boogie" > "The Length" > "Mizer Boogie" and "The Mahn"). Thick, groovy baselines and ripping stank-face guitar solos grabbed sent a jolt through the audience, who were unexpectedly throwing down full force during the opening act.

Alric Carter (A.C.) from TAUK also joined the band for a sassy cover of the jazz fusion song "Stratus" (originally by Billy Cobham) as Earphorik's set came to an end.