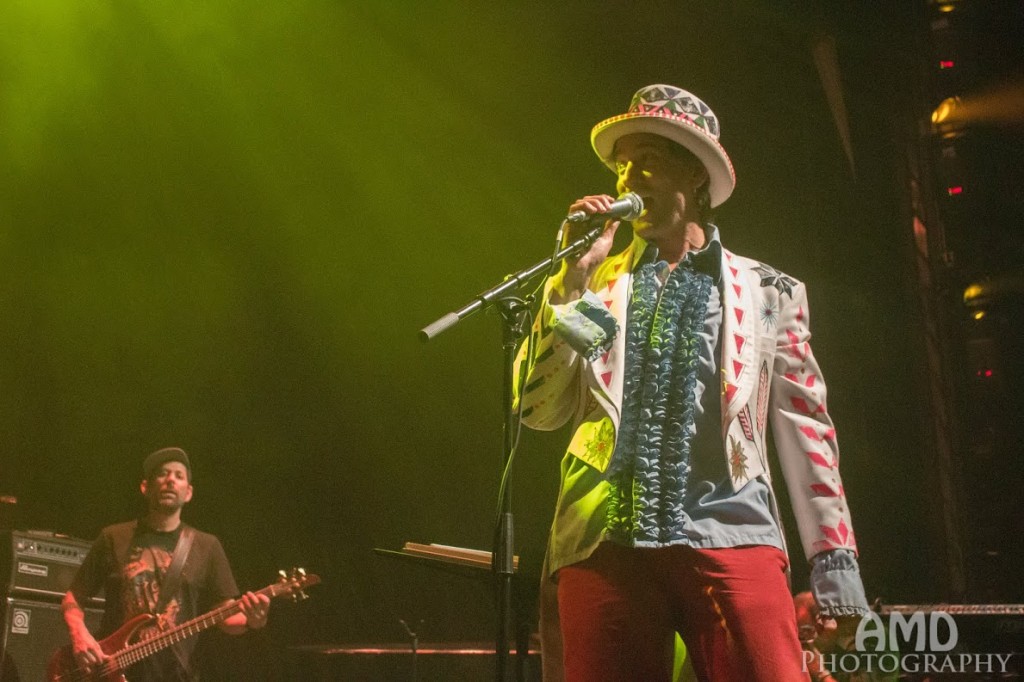 On a brisk Friday evening in May, The Park West in Chicago kicked off its summer season with a wild, music filled event. This show was presented as the official Summer Camp Music Festival pre-party, with all of the musicians in attendance scheduled to play at upcoming fest the following week.

Watching them perform in such a vulnerable, stripped down manner highlighted this musical trio’s skills. Honestly, it gave me the chills. The organic nature of this performance gave the listeners an opportunity to really focus of the music itself and their original, intelligent lyrical content. 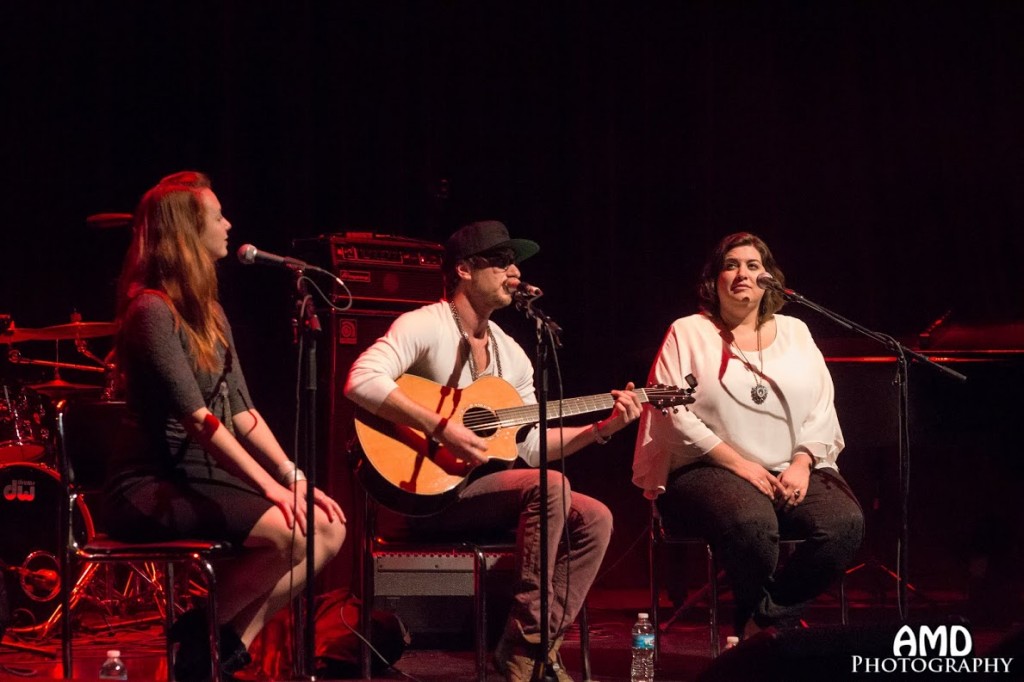 As the crowd began to fill in the room, they were treated to an outstanding, engaging set from Van Ghost. The trio mixed new tunes and fan favorites into their set, fueling the sound with powerful vocal harmonies on top of melodic guitar riffs. It was a real treat to see Van Ghost play an acoustic set, and it was a beautifully refreshing way to start night.

The Everyone Orchestra is a revolving door super-group of exceptionally talented musicians who come together to improvise. Since the lineup of musicians on stage changes for every show, each one is completely unique. No matter what, their performances are pure fun from start to finish and this one at The Park West was no different. 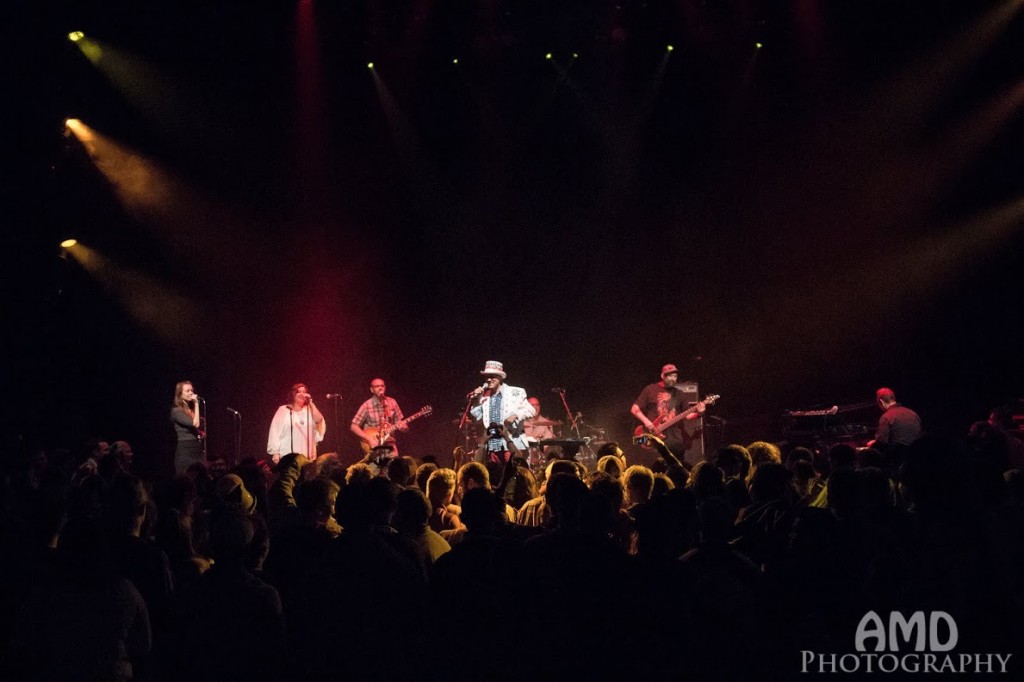 Matt Butler is the only real fixture of this group, and serves as the conductor of the Orchestra. He is a front-man overflowing with energy and enthusiasm for all that he helps to create. Butler fully engages the crowd at each show, interacting with them to guide the musical improvisation onstage.

Crowd participation is also a key ingredient in all of their performances, and the themes for each aspect of the performance are sourced directly from the audience. As the show began, Butler wrote a phrase, idea, or genre on a clipboard, and then conducted the group into a jam. The structure was loose and the jams flowed freely, sending the crowd into a dance frenzy.

The Everyone Orchestra does very well balancing all of the musicians on stage, giving participants the opportunity to progress the songs in a multitude of ways. They really listen to one another as they move things forward, adapting to each jam to round out the tunes.

Al Schnier (moe.) kept us on our toes with his guitar and Marc Brownstein (Disco Biscuits) often led the improvisational grooves with deep, sticky bass lines. Joel Cummins (Umphrey’s McGee) continuously pounded interesting melodies on the keys while drummer Mike Greenfield (Lotus) held the artists, and the overall sound, together. The horn section, positioned of to the side of the stage, featured Natalie Cressman and Jennifer Hartswick of Trey Anastasio Band, who were capable of stealing the show at times with their instruments and improvised vocals. 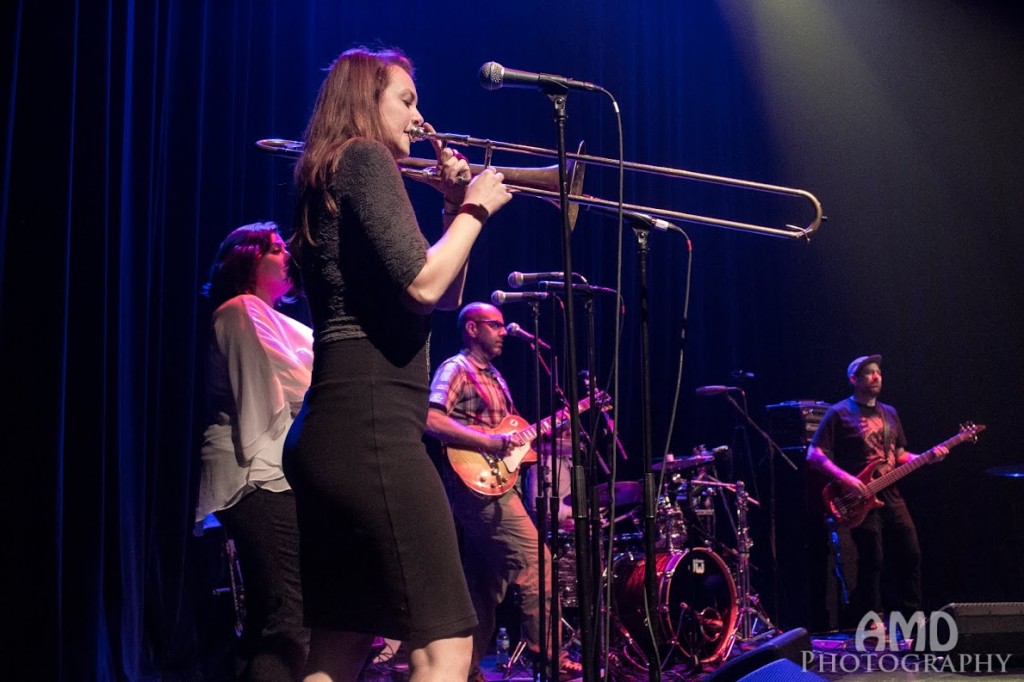 Towards the end of  Everyone Orchestra’s performance, Butler changed the pace by choosing a specific musician to start each song. Listening to the group creatively build each jam from start to finish was inspiring and invigorating.

The climax of the evening came shortly after that when Van Ghost’s Berg and singer/songwriter Chris Gelbuda took the stage and began singing along with Cressman and Hartswick, adding layered harmonies and vocal effects until the end of the show. When the music finally settled to a stop, the musicians came together in the center of the stage to take a bow and thank the crowd.

The Everyone Orchestra had  created something beautiful for us -- an evening of music that would not soon be forgotten.