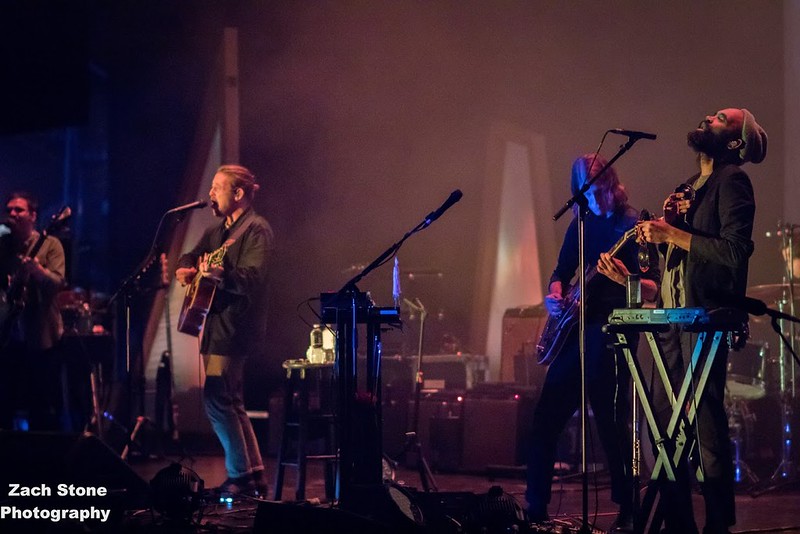 Despite finding critical and commercial success throughout their career, Fleet Foxes have had it tough.

The band emerged as leaders of a folk renaissance in the music scene with their self-titled, 2008 debut, bringing a Simon & Garfunkel brand of acoustic music back into the mainstream.

Yet before the band truly got to enjoy this success and creatively expand on their distinctive sound, the indie-folk genre had hit its heyday. Mumford & Sons and Edward Sharpe debuted albums the following year to instant success, and the Lumineers and Of Monsters & Men popped up in 2012.

Soon, every advertisement on TV seemed to have a harmony-laden, bass-drum-thump-driven indie-folk song in its background, and Ed Shereen moves from an acoustic hit machine to a pop star in every sense.

Of course, it isn’t fair to lump Fleet Foxes in with all of this, a fact I acknowledge wholeheartedly.

But the way the music scene changed between 2008’s Fleet Foxes and 2017’s Crack-Up became a lens of sorts to view the band’s return to Chicago Theatre. 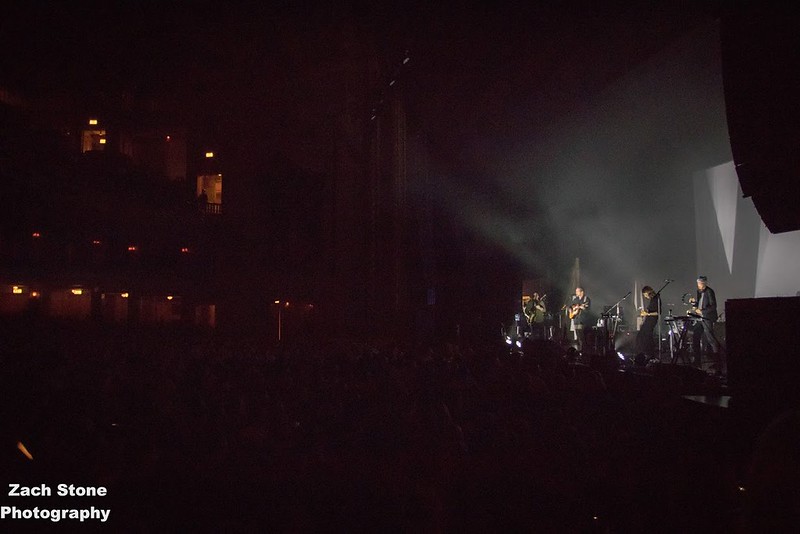 Tuesday’s performance was the opening night of a two-show run, the second added by popular demand. Both sold out quickly, with the band having been on hiatus for four years and not having played in Chicago since 2011’s shows at the same theater.

Needless to say, expectations were high.

As the lights dimmed, the energy in the room rose, a dramatic horn introduction playing through the speakers. The band walked onto the shadowy stage and began the calculated ruckus that is Crack-Up opener “I Am All That I Need / Arroyo Seco / Thumbprint Scar.” 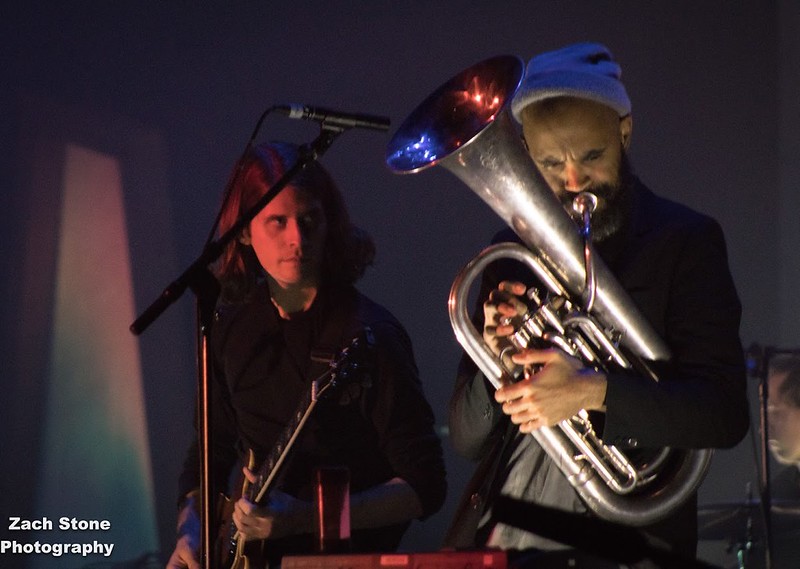 The song maneuvered through its movements as if to prove Fleet Foxes weren’t simply another indie-folk band. Euphonium, natural sound samples and a heavy use of dynamics drove it forward to its ending, where Robin Pecknold’s gorgeous vocals first shined through past the instrumentation.

The band would continue working through the new album in order, following with “Cassius-“ and “-Naiads, Cassius.” Flute and layered vocals gave an atmospheric tone that fit the theater perfectly.

There was a lot of noise for a folk-rock show, the vocal harmonies, though gorgeous, sometimes getting lost in the instrumentals. The songs seemed to bloom, reaching horizontally toward their finish, the organic songwriting acting as a basis for further experimentation. 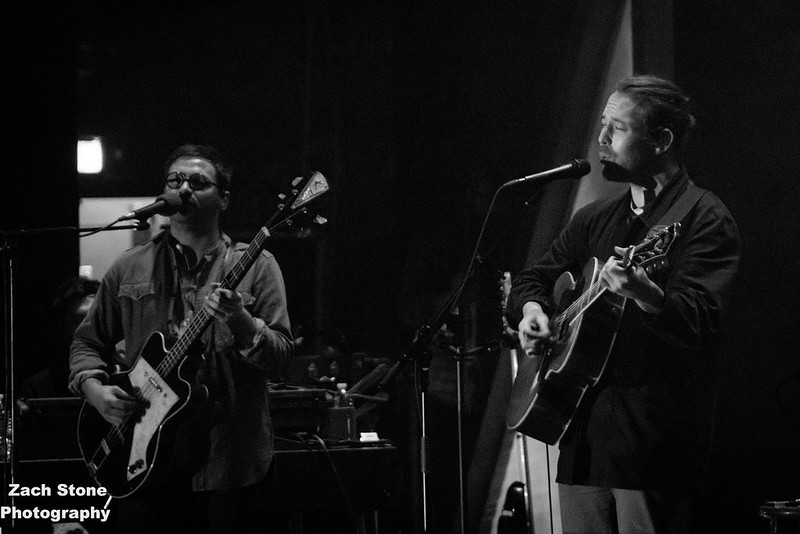 If anything, the new material gave older songs a predictable nature, though the crowd didn’t seem to care.

“Ragged Wood,” from the band’s debut, caused the first real stir in the audience for the night. Straightforward, infectious and effective, the song’s simplicity brought the vocal harmonies to the front, earning a large applause from the singing audience.

Fans flooded to the bathroom and lobby when the band returned to spacey, newer tracks, performing “Mearcstapa,” “On Another Ocean” and “Fool’s Errand,” again in Crack-Up’s chronological order, the latter at least earning some attention from fans.

For me, Fleet Foxes’ greatness comes from their refusal to simply adapt, their constant evolution and push to explore new sonic territories, a progressive element in what was once a stale genre. I was most excited to see the new material, yet the audience was still here for “White Winter Hymnal,” the only song that the entire crowd stood for the entire night.

Though it’s truly a terrific song, it literally contains one verse of lyrics.

The mere scope of the new material shows Fleet Foxes as a new band, one brimming with artistic ambitions, and a group of songwriters without immediate peers. Perhaps this was a sign of how far they’ve come since 2008.

Another highlight of the set came after a mesmerizing solo performance of “Tiger Mountain Peasant Song,” when Pecknold teased a verse of Phish’s “Bouncing Around The Room” at a fan’s request. The better joke came by following it with “Under The Sea” from Little Mermaid, the two silly songs sounding nearly identical.

The band played a beautiful, unfinished but unexpected cover of “Blues Run The Game,” at this point a folk standard, before ending the set with the colossal “Helplessness Blues.”

Pecknold returned to stage solo to perform a fitting tribute to Tom Petty, who had passed the day before, referencing the tragic time for music before breaking into “Don’t Come Around Here No More.”

Though the song’s simple, call-and-response lyrics sounded strange in an acoustic setting such as this, the audience was excited for the debut. “Oliver James” followed, delivered solo by Pecknold with an indescribable beauty, the power of his voice unparalleled by any.

The band returned to stage for “Crack-Up,” the new album’s last song, a fitting return to their newer, more progressive sound, its sound beyond massive, even in the giant theatre.

In three albums and one decade, Fleet Foxes have evolved with a maturity and purity that few bands ever accomplish. Their Chicago Theatre performance felt like a personal tour through these changes, offering a little something for every level of fan, without ever losing a sense of creative or artistic direction.

Though fans never know exactly when they will return, Fleet Foxes have made it clear that it will be worth the wait.

1. I Am All That I Need / Arroyo Seco / Thumbprint Scar 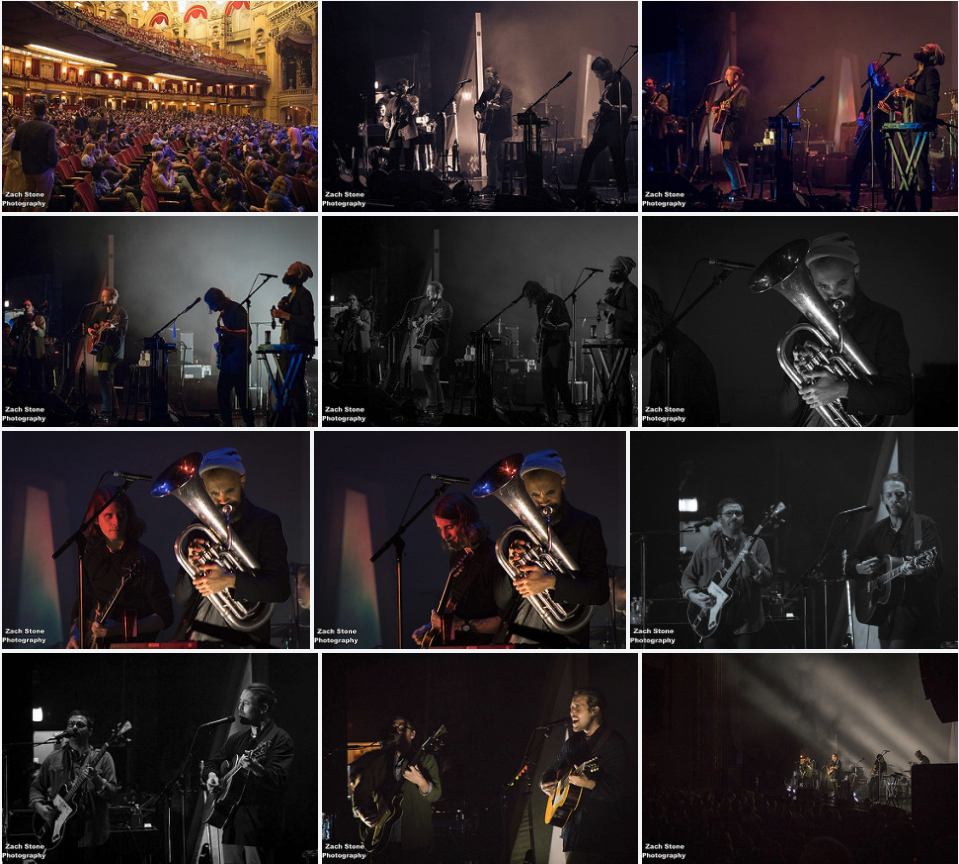 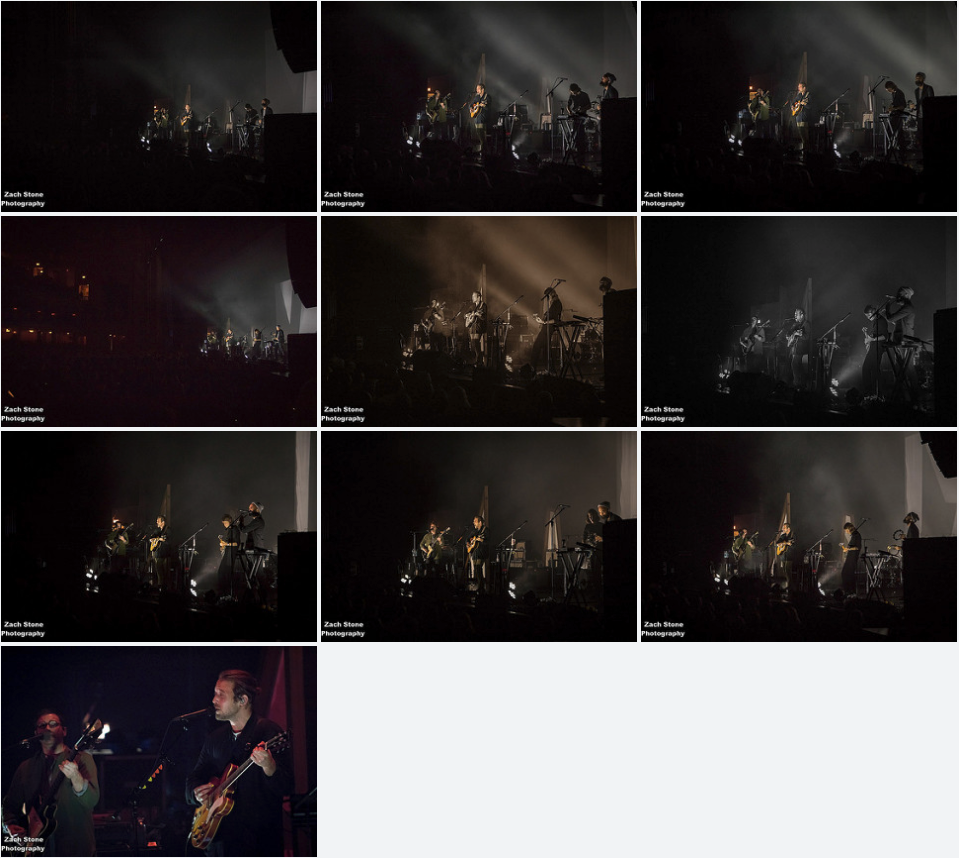