The Last Waltz was The Band’s swan song.  The legendary final concert for a band so elemental that they simply called themselves The Band took place on Thanksgiving Day 1976 at the Winterland Ballroom in San Francisco.  The show included guest appearances by several their musical friends and was captured on film by Martin Scorsese in what many feel is the best concert film of all time -- this fan included.

A little over a year ago, Warren Haynes and a number of other artists gathered together at the Saenger Theater in New Orleans during the Jazz and Heritage Festival to celebrate the 40th anniversary of the storied performance.  It sold out so fast that a second show was added.  The fan reaction for these two concerts yielded an 18 show tour in 2017 that brought them to Chicago Sunday night.

I was surprised to see how many empty seats there were at this show, but once the piped-in calliope tones of the "Theme from The Last Waltz" started to play over the loud speakers, it was "game on" for those in attendance and each unfilled seat represented a loss for missing this opportunity.  The recording ended and the lights went off.  The core of the band -- Haynes, Don Was (on bass), Jamey Johnson (on guitar), Danny Louis (Gov't Mule's keyboardist) and Terence Higgins (Dirty Dozen Brass Band drummer) walked on to stage meant to evoke the original to a loud ovation.

Scorcese's film kicks off with “Don’t Do It” which was actually the final encore of the '76 performance, but on Sunday the Last Waltz 40 band kicked it off with “Up on Cripple Creek” which the opening number for the true Last Waltz.  Jamey Johnson took the lead vocals and did a fine job of channeling Levon Helm in the performance.  Then the four piece horn section joined the core as Haynes stepped up to the mic and kicked off a great version of “Stage Fright”.  From my vantage, no one was suffering from this affliction that night. 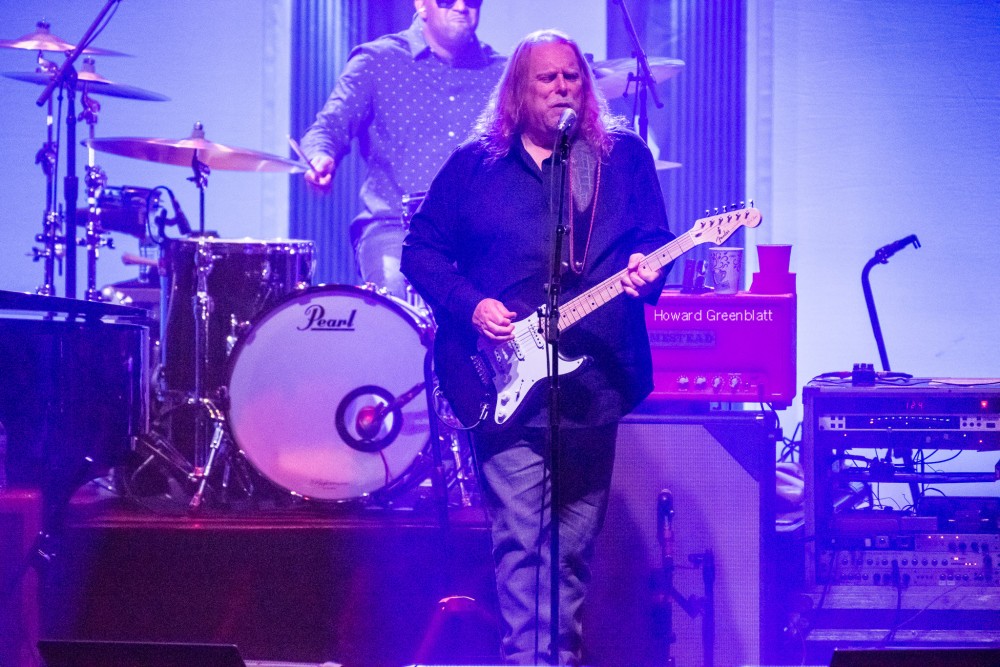 Next up, was a strange choice to me when Johnson took the lead again on the old classic “Georgia On My Mind”.  I had no idea that -- while not captured in the movie -- this song was performed at the original concert.  From the sound of the crowd, I was not the only one to be fully blown away by Johnson’s emotionally charged singing as the song hit its climax.

The exuberance carried right into the next two songs – Van Morrison’s “Caravan” and “It Makes No Difference” -- that were two of my favorites from the movie.  While the horns made their entrance during “Stage Fright”, they were fully in gear at this point basically dueling back and forth with Haynes’s direction during “Caravan”.  As rowdy as they were in the previous song, they were just as poignant as they hit the exquisite beauty of the final horn solo in “It Makes No Difference”. 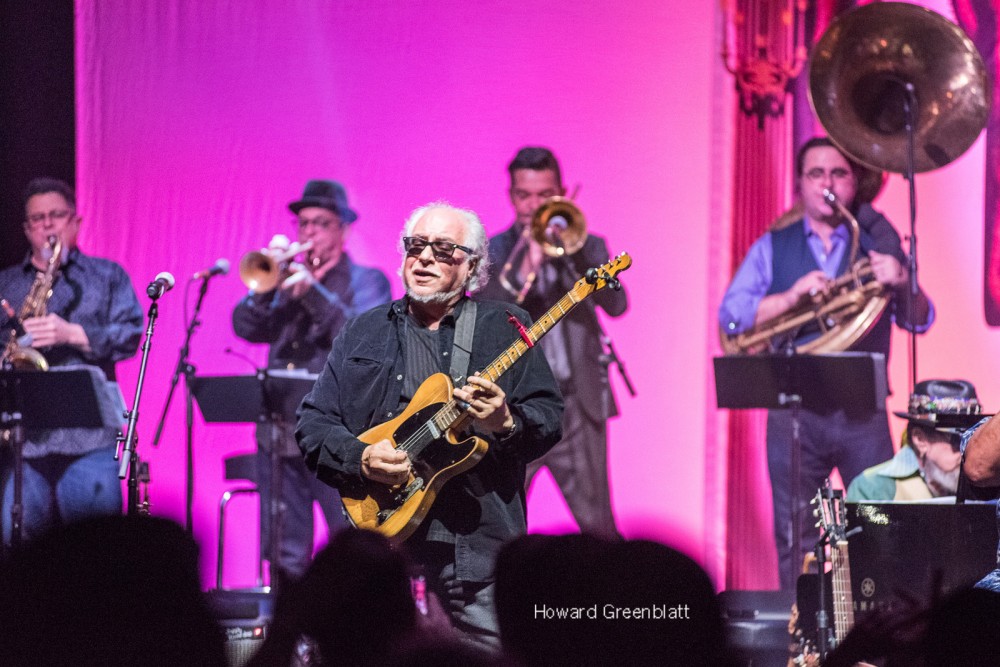 The first guest of the night, Cyril Neville, joined the show as the band pulled out another cover performed at the original show, “Mystery Train,” complete with a tuba solo.  He stood up while taking on vocals and percussion duties for this song and the next, “Who Do You Love.”  While Screaming Ronnie Hawkins sang this in full blown rocker style back in ’76, Neville took us down to the N’awleen’s swamp with a slow, down and dirty, funky version that everyone on stage participated in via trumpet, drums and a Haynes solo.

Danny Louis came down to center stage at the grand piano for the next two band originals, “Rag Mama Rag” and “This Wheel’s On Fire.”  Neither of these were represented in the movie and were unexpected but well received. 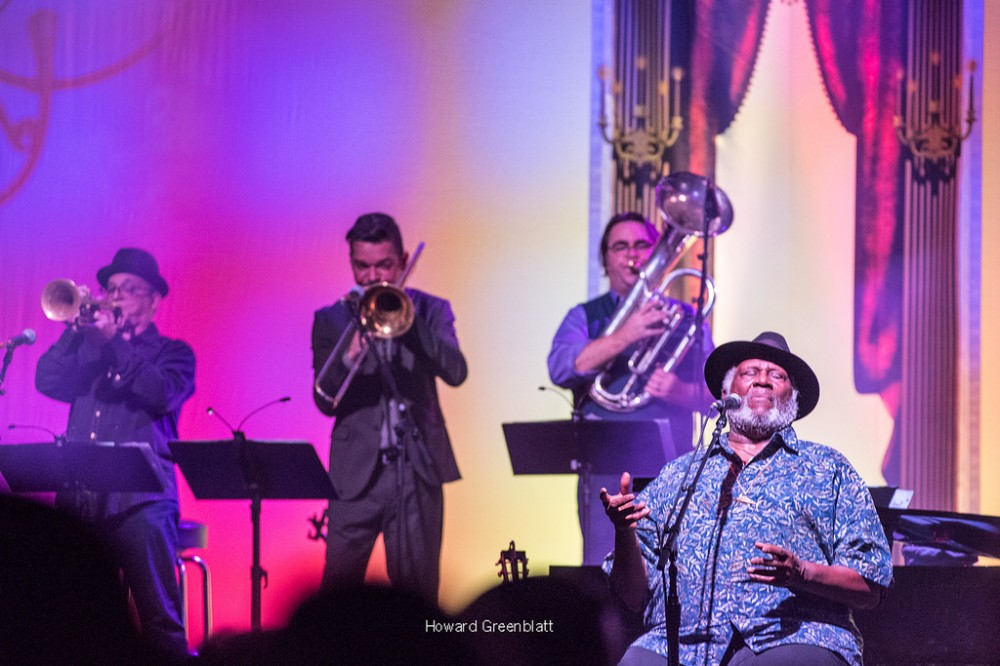 The first set was rounded out with the second guest of the night, Taj Mahal, who is a recent addition to the tour.  He absolutely added to the historic atmosphere of the night here in Chicago.  The 74 year old iconic blues legend, may move a little slower these days but was in great form as he ironically lead the all-star band thru “The Shape I’m In”.   He showed off quite a rollicking shuffle going to and fro from the side of the stage, while also holding court from his stool on another Band original “King Harvest (Has Surely Come), followed by the classic  “The Night They Drove Old Dixie Down”.

He looked as though he was genuinely having the time of his life as he never stopped enthusiastically pumping his fists and clapping throughout the songs.  Our voices that joined the band’s during the last song’s sing-a-long chorus still reverberated through the hall as the lights came on to signal the intermission. 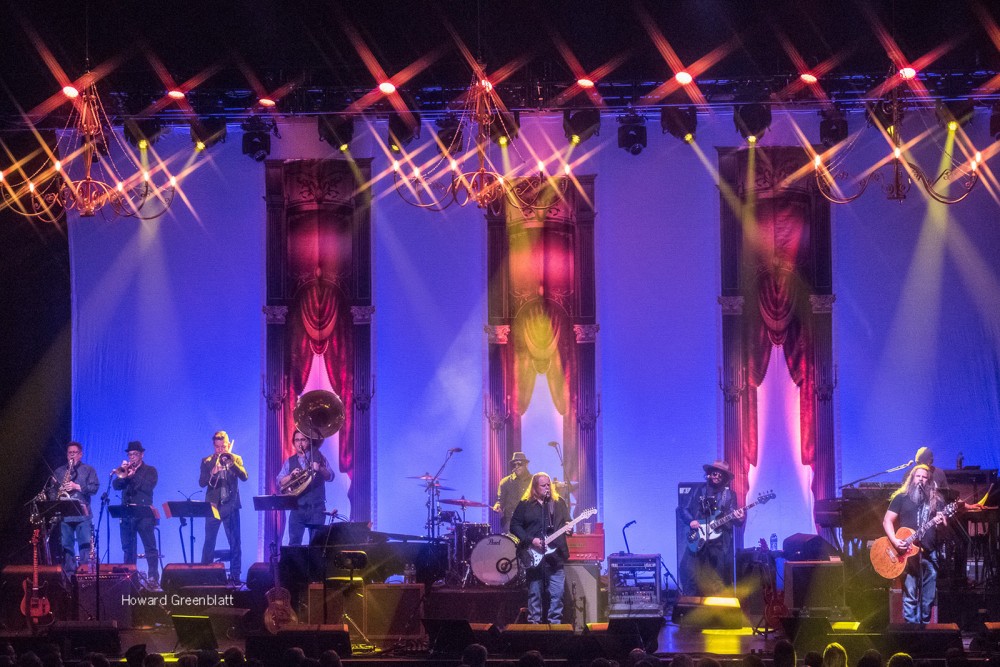 It was quite a set of music, and the chance to sit and soak it in was welcomed.

The second set started off with a couple of Band originals in “Ophelia” and “Life is a Carnival” and a cover featured in the film “Baby, Let Me Follow You Down.”  The latter two saw the return of Taj Mahal who wouldn't’t leave the stage for the remainder of the show.

This trio was followed by another favorite of mine from the movie, the Neil Young classic, “Helpless.”  Haynes’s vocals did not disappoint and while I think a female vocalist to replicate Joni Mitchell’s part from the original would have been lovely, we definitely were not cheated with this rendition.

It was at this point that in my eyes the show went from a great concert to truly special experience.  Our next guest, Mac Rebennack aka The Nite Tripper aka Dr. John was the first performer of the night that had also performed at The Last Waltz.  It was only fitting that he played the same song tonight as he played so many years ago, his original “Such a Night.”  We were continued to be served up some bayou home cooking as Dr. John brought us “Down South in New Orleans.”

“Such a Night” could not be a more appropriate song for the evening.  It truly was such a night!   A couple years back I was lucky to witness another Don Was production when a collection of musical all stars celebrated Mavis Staples 75 birthday at the Auditorium Theater.  That was a night of music that I will never forget.  While the music up to this point was top-notch, from the time Dr. John joined the band to the final note, this night hit a new dimension of epic proportion.

Dr. John would not be the only artist to have also been present at the original, as “Steady Rollin” Bob Margolin joined the festivities.  He played guitar for the legend Muddy Waters, and kicked the band into high gear by firing off “Mannish Boy”.  This was the same song Waters sang and he played back on that amazing Thanksgiving Day.  Before starting the tune, he gave praise to many of the legends he played with including Jimmy Johnson and Pinetop Perkins.  At the mention of Perkins, Haynes spoke up to say the last time he ever saw him was upstairs in this very venue just before he passed.  While those heroes were no longer with us, these stalwarts were, and it was really something to watch Margolin (on guitar), Dr. John (on grand Piano), and Taj Mahal (on harp) all within five feet of each other blasting out this vintage tune.

At one point Margolin put down the guitar, grabbed the mic, strutted across the stage to each of the other band members to have them join him in the chorus.  He ended up on his back kicking his feet in the air screaming out the chorus.  It was something I won’t soon forget.  It became a full blown blues session as the trio stayed on stage for the Robert Johnson classic “Kind Hearted Woman Blues”.

Dr. John’s night was done at this point but Louis left his keyboards and came back to the now vacated grand piano, and helped lay down a boogie-woogie opening to a rollicking “Caledonia” that created a lot of vocal participation from the audience.

The level was brought back to an intimate level by Taj Mahal with the performance of the Dylan standard “Forever Young.”  In my opinion, this was his shining moment in a night of shining moments.  The crowed swayed and sang along throughout the song and it instantly became another remarkable musical moment.  However, it was about to become even more remarkable.

A small little bent-over figure with a black flat brimmed hat and long fluffy white beard was led to the grand piano.  Haynes then with reverence introduced one of the two surviving members of the band, 79 year old Garth Hudson.  He comically raised The Last Waltz songbook that apparently had been sitting on the piano all night and held it up for all the see as though it was a copy of the holy Torah.

I am not sure what others expected from this tiny figure, but I sure was amazed by the sounds that then came from that grand piano.  It was a strong dose of classical playing along with fun little reoccurring rhythms that went on for about ten minutes before the familiar notes of the Bands signature “The Weight” took form.  The crowd enjoyed this last sing-a-long and then were brought back down with the solemn but very moving “I Shall Be Released” to end the second set.

Hudson was not done as the encore started with a dark stage except for a single light shining down on the keyboard area that had been Louis’s primary home for the night.  All you could see was the little black hat, but that was all you needed to see to realize who was at the helm.

He started by teasing the opening chords to “Chest Fever” before playing the instrumental “The Genetic Method” before returning eventually to the powerful “Chest Fever,” which was one last tip of the hat to a memorable moment from the historic original concert.  A powerful finale to an incredible night of music.

While we were not served a Thanksgiving dinner by Bill Graham and friends like the patrons were back in 1976 when the show was over, but I, for one, left with an overwhelming feeling of thanks for the treat I was privileged to have received. 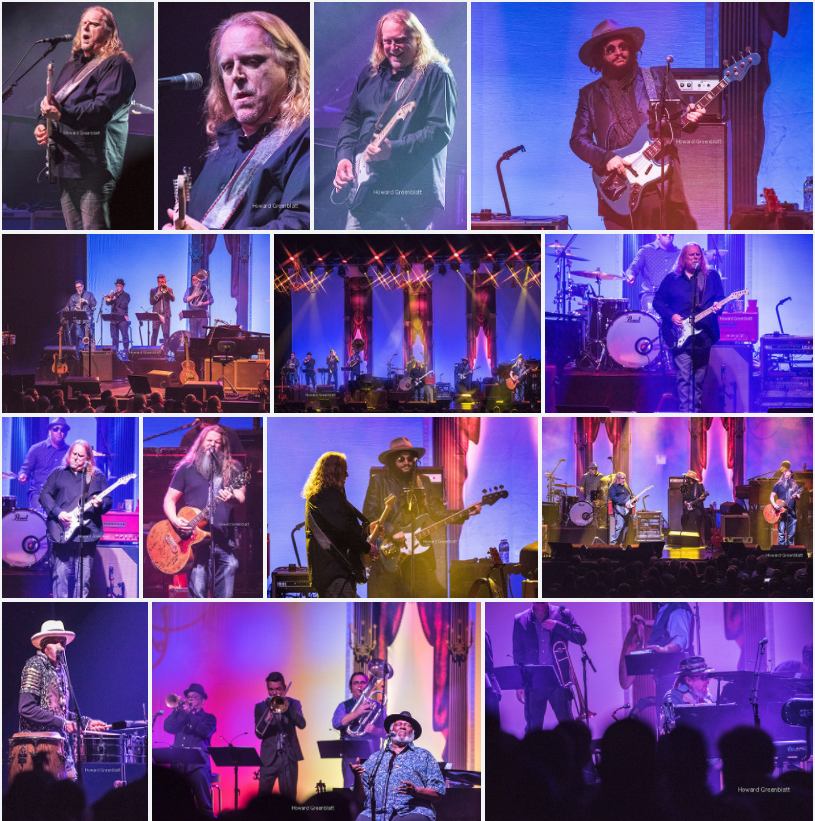