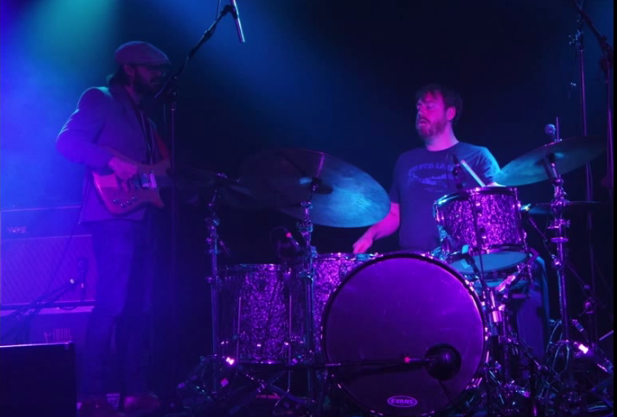 There are terms that you’ll often hear me use to describe my peak musical experiences:  “lose yourself”, “surrender to the music”, "let go". I suppose these terms mean different things to different people, but for me they are tied intimately with the ability to wrap my head around what is being performed, to make connections, and eventually, arrive at a place where there is no thought at all.  A meditation, not necessarily on the music, but enabled by the music. Joe Russo’s Almost Dead is as useful of a conduit into this space as any band presently performing.

Their show at Concord Music Hall on Friday, April 24th was nothing short of a triumph in this respect.  I thought I’d share ten thoughts that occurred to me on the way to the summit.

1. I was recently asked by a friend if I thought the Fare Thee Well shows would “blow my mind”.  Here’s what blows my mind:  when a band is hungry, excited about playing together, and uncovering new spaces every night.  When the band is committed to learning together but have played enough to cultivate a supernatural connection -- that’s when the magic happens.  With years performing in various configurations, the members of this band have stumbled upon this formula in a most interesting way.

2. That said, barring their return at North Coast Music Festival, this JRAD show could actually end up being the best Grateful Dead music played in Chicago this year.  It’s not a celebration of the music, or a nostalgic look back to a time and place --  it somehow captures the boundary pushing spirit that is imbued in the Dead’s most revered output.

3. Often times, JRAD reminds me of Grateful Dead around 1968.  Primal, crinkly, Anthem of the Sun era psychedelia.  They are not afraid to go to the mind-fuck, perhaps even lose a few people along the way.  There is an understanding that transitional passages will be tackled with a gentle touch and an uncommon grace. Yet, “Alligator” straddles the line between elegance and cacophony in the same way that it must have at the Carousel back in the day.

4. Just as often, I get the feeling this is a sequel to 1973-74 era, single drummer Grateful Dead.  The band’s got the same configuration (minus one Donna), allowing for swinging, ever shifting excursions that can lurch into free jazz.  It can sound like one thing in one moment and something completely different the next -- a riotous blues yielding to a searing tempo building jam (all in the middle of “Here Comes Sunshine”?  Yep).

5. Then out of left-field… JRAD can evoke nothing so much as the Grateful Dead in the 90’s.  Don’t freak out!  First, they have the full complement of songs to apply this late sixties or early seventies aesthetic to.   Secondly, they have access to all the sounds, colors and textures that the band employed in the later years.  Think of the meaty, pre-Drums improvs that would occur nightly out of a  “Terrapin” or “Uncle John’s Band”.  Loose and spacy, yet still purposeful.  They were the highlight of many late-era Dead shows. Now pluck that style out and plop it into any part of any song (“Crazy Fingers” might be the best example on this night) in any part of the show and you’ve really got something. 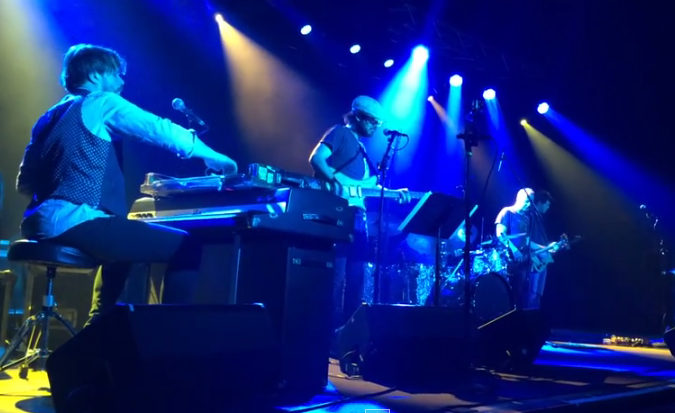 6. Now I realize that different folks sought different things in the Dead. But for Deadheads like me, this is kind of what we always wanted.  Big jams popping up anywhere.  Having to ask yourself:  “is this still ‘Throwing Stones’?”  Yes, that’s a thing!

7. This one is a little hard to write.  I was looking forward to this past NYE’s PhilRAD shows as much as anyone.  But can anybody point to one jam that happened over that three night run at The Cap that was the equal of the best 4-5 at the Concord.  Could these guys be better without Phil?

8. Take away Tom Hamilton and this a Led Zeppelin cover band (Bustle In Your Hedgerow).  I wonder how much that experience -- which certainly introduced a different sound to the Zep catalog, but simply didn’t get as far “out” as this -- must have shaped what was happening on stage.  What exactly does the Dead bring to the equation?

9. But honestly, these guys could be covering anything.  Joe Russo’s Almost Manilow might be just as satisfying.  With this level of commitment to improvise, the fact that the jams are launching out of my beloved Dead songs is just icing on the cake.

10. These same five guys should just be a band that’s not JRAD.  They have such an easy rapport and complement each other in just the right way.  Imagine a band that drew from the impressive song catalogs of each of the member’s “solo” careers (The Duo, Marco’s excellent albums, Tom Hamilton’s American Babies, Scotty Metzger’s WOLF!, even Ween), mixed with Zeppelin, Dead, and other covers over the course of two long sets. I think that band could be headlining festivals in a couple years.  Bring it. [box type="download"]Download Entire Show (mp3 .zip) via archive.org[/box] - Audio J. Frank