couldn't be happier with his contributions
.  Before his association with the site, it had been his yearly tradition to circulate a top albums list amongst his friends.  We're excited to publish the 2013 edition here to kick off our 2013 year-in-review coverage.

It’s easy to hate on an album that makes it as big as Random Access Memories. Many listeners who loved it initially quickly grew tired of it from hearing “Get Lucky” everywhere they turned.  Older Daft Punk fans ripped on it for taking such a large step into pop territory, and other less-informed listeners claimed it was simply a rip-off of 70s and 80s music.

Yet Random Access Memories doesn’t simply steal its sound from these eras. Daft Punk borrows (and even leans on) their favorite records to successfully evoke a specific period without sounding like any one of them. Though drawing comparisons to Chic, Donna Summer and the most-obvious Giorgio Moroder, not one of these muses has recorded a record like Random Access Memories, nor could Random Access Memories' success because it sounds natural, as though Daft Punk had been waiting to record it their entire career. Any other band trying to pull this off would sound forced or fall flat on their face.

Loaded with hooks in hits like “Get Lucky” and “Give Life Back To Music,” accessibility gives way to more experimental passages in “Touch.” The gentleness of “The Game Of Love” becomes the overwhelming intensity of “Giorgio By Moroder.”

Production remains flawless with depth and clarity throughout. Guests are always utilized perfectly, never simply there for the name.

With Random Access Memories, Daft Punk managed to live up to the overwhelming hype surrounding their return by playing it accessible but not necessarily safe.

Until this album, I never had overwhelmingly positive things to say about the Arcade Fire. I’m still confused by the hype surrounding Funeral. Thus I was skeptical of Reflektor. Hell, I didn’t even want to like it. Perhaps having twice as many band members than were ever needed made it easy, or perhaps James Murphy stepped in and fixed everything, but Arcade Fire’s move into LCD-style electronics worked better than anyone could have expected.

The first Arcade Fire album I would describe as “clean” or “precise,” Reflektor keeps the grandiose builds and big sound that characterized past releases but added upbeat dance backing and additional room per song to try out new ideas.

For a third studio full-length, Reflektor is surprisingly mature and coherent, even despite its long run-time and excessive promotion.

Though I know I shouldn’t be surprised to see Man Man left off of every major year-end list, On Oni Pond is good, clean fun. An engaging listen from start to finish, the constantly shifting grooves and broad instrumentation of its sound separate it from the bulk of this year’s releases.

The music is deceptively danceable and upbeat. Honus Honus’ gravelly vocals deliver constant hooks, the kind that make you sing along the first time hearing them. Though the band toned down their weirdness in recent years, On Oni Pond is still distinctively Man Man and unlike anything else around today. 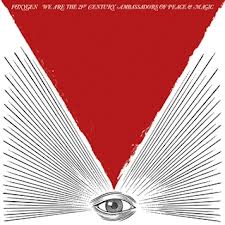 4. FOXYGEN - WE ARE THE 21ST CENTURY AMBASSADORS OF PEACE & MAGIC

Despite a year filled with turmoil and show cancellations, Foxygen’s We Are The 21st Century Ambassadors Of Peace & Magic accomplished more in 35 minutes than a lot of 60s psych throwbacks do in a career.

If this remains their only record, so be it.

With confidence and a clean production aesthetic, Foxygen channels 60s vibes of the Beatles, Stones, Velvet Underground and countless smaller psychedelic bands, creating an album both nostalgic and fresh.

Vampire Weekend altered their signature sound with each release since their highly successful self-titled debut. Modern Vampires Of The City feels like the next chapter. Koenig’s falsetto vocals and Batmanglij’s keyboards hold the spacious songs together. Using manipulated vocals, spoken word passages and diverse instrumentation, the band continues to pursue new directions.

Through the contemporary feel of the music and lyrical themes, Modern Vampires Of The City is a record of and about city life. Catchy as ever but sounding unlike their past work or their peers, Modern Vampires is another appropriate step for the band.

With Corsicana Lemonade, White Denim tone down the frantic craziness that was D, opting for more structured psychedelic jams.

Despite this change, Corsicana Lemonade still rocks with the force and energy listeners expect from the band. Each song builds to blistering guitar passages, tight percussion helping songs shift seamlessly from mellow to rocking.

Though immediately enjoyable, Corsicana Lemonade is a record that rewards repeated listening, its songs feeling simple on the outside but complex within. 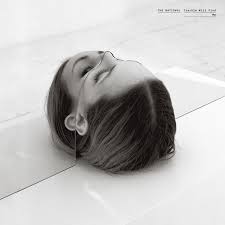 7. THE NATIONAL - TROUBLE WILL FIND ME

The National are, sonically, a combination of the deep, dramatic production of their instrumentation and the melancholy baritone of Matt Beringer, all wrapped up in the imaginative drumming of Bryan Devendorf.

Each song on Trouble Will Find Me seems to chug along slowly but build to massive, impenetrable walls of sound, each layer of guitars, horns, strings and vocals adding to its immensity. Beringer’s lyrics match the somber tone perfectly.

Understated but poignant, the National have mastered their craft with this record.

There’s a lot of folk and folk-rock records coming out these days, but Bill Callahan keeps rising above the rest with each new release. Dream River is simple yet dense, risky yet contained, effortless yet thorough. Lyrically clever as ever, Bill Callahan’s western imagery and dry daily-life observations combine into a narrative, or perhaps more of an autobiography.

Fast and sloppy like punk with the sharp, jagged guitars of 80s alternative or post-punk and the offbeat lyrics and vocal delivery of 90s indie, Parquet Courts sound like Minutemen, The Fall and Pavement all mixed into one. But, frankly, they sound like they don’t care who you think they sound like. This is a powerful, energetic debut that hasn’t grown old a bit over the last year.

After introducing horns and funk to the mix with 2011’s Kiss Each Other Clean, Iron & Wine continue their musical metamorphosis with Ghost On Ghost. The harmony rich, horn filled folk-rock record is filled to the brim with sunny melodies.

Though an easy listen, the record works thanks to the dense production, eclectic compositions and Beam’s sleek, layered vocals.

18.) Elvis Costello & The Roots- Wise Up Ghost And Other Songs

19.) Jim James- Regions Of Light And Sound Of God

29.) Steve Earle & The Dukes (and Duchesses)- The Low Highway

47.) Of Montreal- Lousy With Sylvanbriar

57.) Bonnie “Prince” Billy And Dawn McCarthy- What The Brothers Sang

63.) Sonny & The Sunsets- Antenna To The Afterworld

88.) The Knife- Shaking The Habitual

90.) Cass McCombs- Big Wheel And Others

120.) Murder By Death- As You Wish: Kickstarter Covers

123.) Case Studies- This Is Another Life