Phish Vs. DMB: The Rumored Festival of Our Discontent


The Internets are all abuzz these days about the potential for multi-day festivals featuring Dave Matthews Band and Phish, swapping out headlining spots that cap off a day-long music lineup.  While we know the DMB part of this is absolutely true, there is rampant speculation regarding who else is on-bard, a number of different locations and dates for these festivals.  Among them:

I'm not here to make any claims for the veracity of these rumors, though I will certainly stoke the fire a little.  Primarily because I'm a sucker for some good data, especially if its presented visually and somewhat creatively.  Most of the online chatter concerns whether this event is indeed happening, but some folks ask... should it?   This article from the Riverfront Times presents the summary of an informal, unscientific survey of folks who identify as Phish and Dave Matthews Band fans to get a feel for what they thought of each other.  The results are offered in InfoGraphic form below, and they don't bode well for this rumored festival. 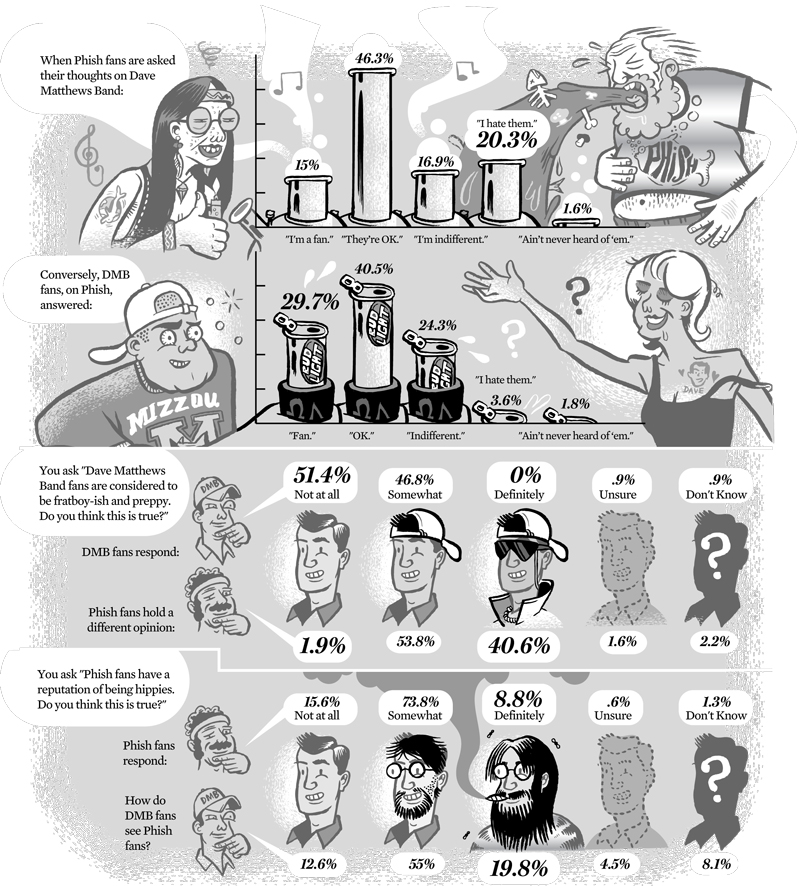 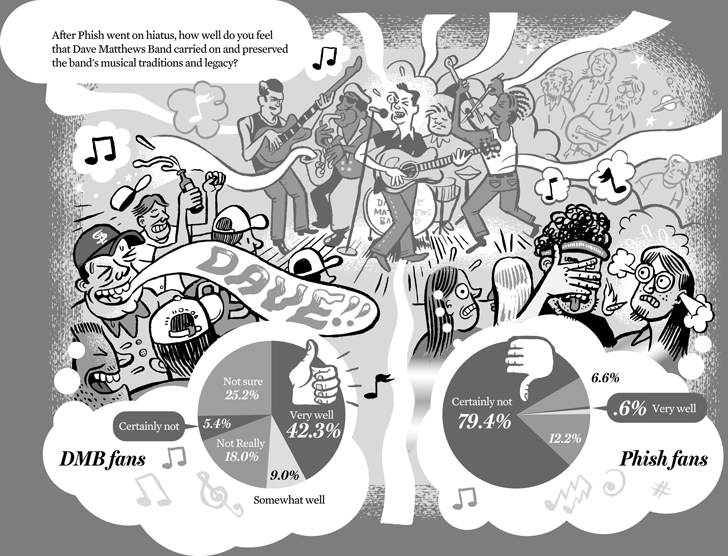 * I fully admit that I fabricated this one.