The Bob Weir Sit-In Was Uncharacteristic, Yet Essential, Phish 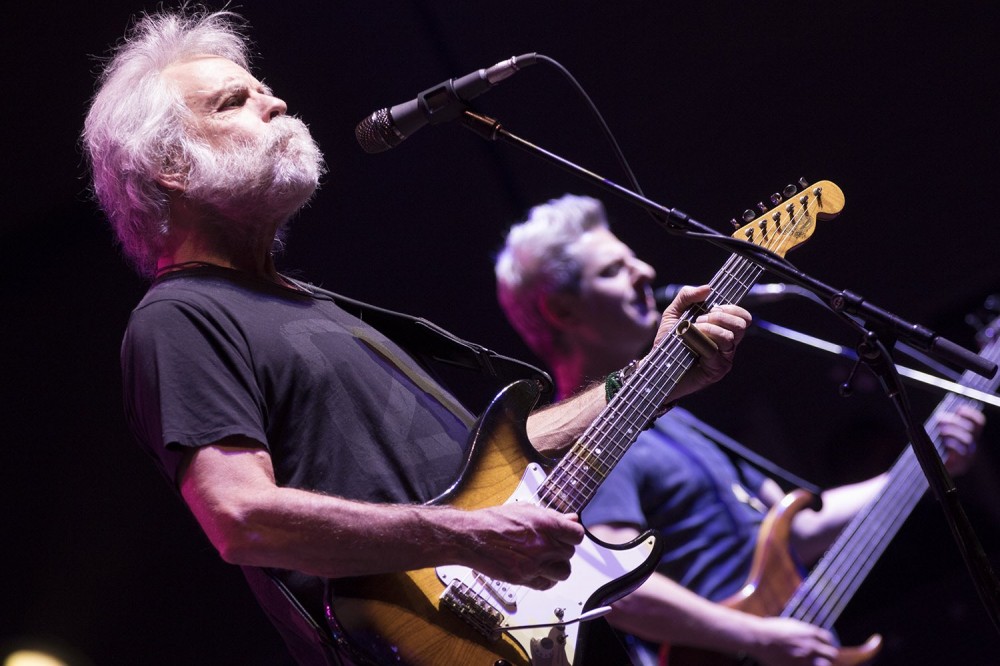 After more than seven years, the 3.0 era of Phish has offered many looks, with periodic ebbs and flows, ample fuel for both the fluffers and the haters.

But a general theme has held true since the "return".  Phish have looked decidedly inward, fortified themselves on an adventure of "just the four of them".

This was partially in response to outside forces which had fractured the group leading to the 2000 hiatus and 2004 breakup.  The band has retreated into the unit -- admitting in interviews that they have found as much solace in group texts and practice rooms as they have in performing for thousands.  More recently, they have prioritized their own repertoire over covers.  Even their last two Halloween albums have featured their own compositions.

Before last night, the 3.0 era has only featured thirteen shows in which other performers have shared the stage with Phish.  That's a total that could have easily been achieved in a single year during the nineties.

Two were superstar collaborations at Bonnaroo -- yet both Bruce Springsteen and Kenny Rogers guest spots smacked of novelty, yielding the spotlight to the star and playing backing band until a standard show could resume.

The remaining three have come on Halloween night -- and one of those was (ahem) Abe Vigoda.

With past collaborators and mutual admirers up-and-down the line-up at this year's Lockn' Festival, they managed to play four sets without inviting a single one up to share the stage.

As Twitter lit up on Tuesday afternoon with news of Weir sound checking "Walking Blues" in Nashville with the band -- the most typical thing, and most reasonable prediction that most fans could make, would be a quick first set run through a "standard".

And yet, in execution, the guest spot unfolded in a way that was essentially Phish. 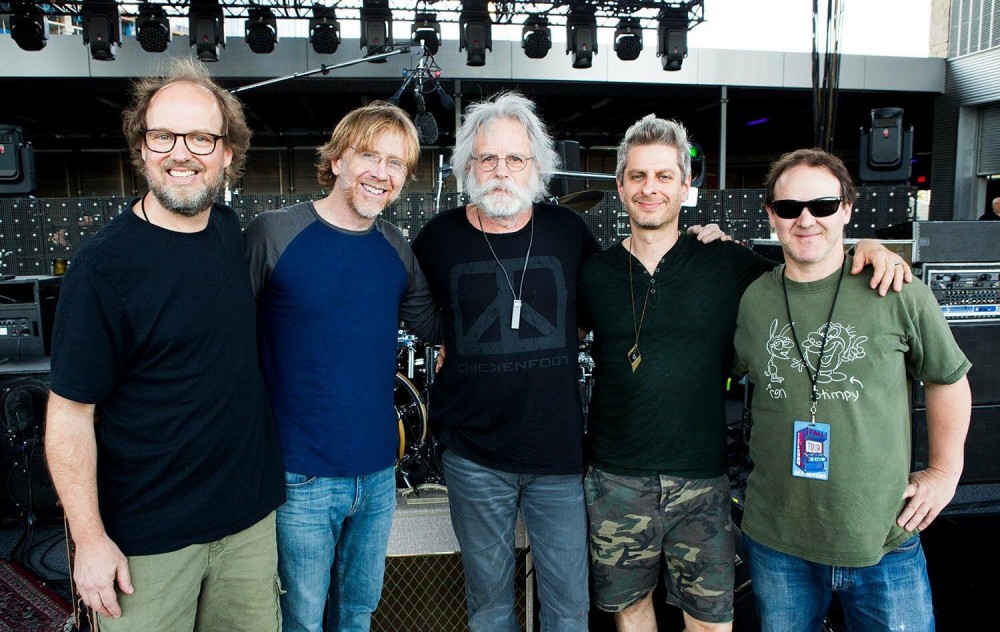 You've got to write the rule book first in order to throw it out -- so in a way, the Bob Weir sit-in was one that was seven years in the making.

When the first set passed with no Bobby, it seemed all but sealed that the rest of the night would be a regular Phish show.  But when Weir emerged, and those "in-the-know" braced themselves for "Walking Blues", the full limitless possibility of Phish was manifest.

That soundcheck was a glorious headfake into "Samson & Delilah", a sort of left-field choice made all the better through Bob's surprisingly strong vocals, Fishman's spot-on drumming and Trey remembering the licks from his performance on 7/5/15.

While Kenny Rogers and Bruce Springsteen may have been ushered off the stage at this point, Weir stuck around for "Twist", a Phish original that encourages the very open, angular improvisation that he is known for.  By about five minutes into the fifteen-minute jam, the guest spot had gone beyond novelty and reached a place where each of the artists challenged each other with what they do best.  By the end, it had almost dissolved entirely into Dead-inspired chaos.

And, of course, it didn't end there.  While this performance may have swayed public opinion in favor of "Miss You", there is no doubt the Bob Weir provides a much-needed gravitas to the otherwise saccharine lyrics.  What is sappy and momentum-sucking with Trey behind the mic trended more anthemic and emotional (think "Black Throated Wind" or "Looks Like Rain") under Weir's guidance.  What's more, examples of a guest taking lead vocals on a Phish-penned tune are rare (Ben & Jerry on "Brother" at Clifford Ball?).

"West L.A. Fadeway" was an interesting choice that evokes a reliable shuffle employed by both bands, and served as a callback to Weir's October 2000 sit-in with the foursome at Shoreline, on the eve of their hiatus.

At this point, the group had been through a classic Weir affiliated cover, two Phish songs (one with Weir on vocals), and a Jerry Garcia song.  It was only right to tackle a Weir tune, and the quintessential one at that.  It was one of Trey's highlights at Fare Thee Well and this rendition of "Playing In The Band" evoked classic single drummer Grateful Dead versions from the early seventies and was performed with a gusto that was seemingly absent from many of Weir's other projects.

The encore is always a bonus and once again, a solid choice:  "Quinn The Eskimo" is a cover in their shared repertoire, and subtle nod to Bob Dylan, who recently was honored with Nobel Prize in literature.

In the end, this show was Phish operating at full potential -- defying expectations, breaking new ground, not standing pat.  For about an hour on a Tuesday night, they tore down the walls that they have been slowly building around themselves over the course of a decade.

By not only letting Bob Weir into their world but also working through a setlist designed to provoke, push emotional buttons and offer a 360-degree view of their creativity, the band has shown that there is more there than just a closed system.  That's what they have always done at their best.