13 Questions About The Phish Baker's Dozen At Madison Square Garden 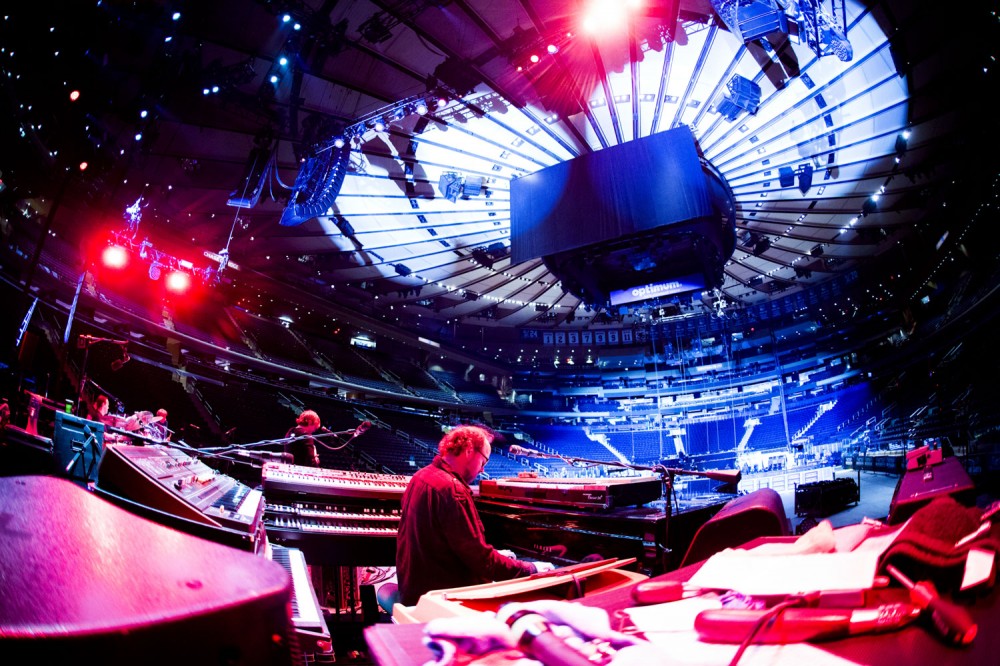 The much rumored, long awaited Phish residency -- The Baker's Dozen -- has finally been announced and with it, we are in (forgive the expression) uncharted waters.

So, while there is much celebrating amongst those who simply can't function without knowing when their next Phish fix will be, there are also a lot of questions about something so unprecedented.

I guess we'll know the answer to this question as soon as February 17th, the general public onsale (ticket request via Phish Tickets is open now through Sunday, February 12th).

I'm guessing thirteen shows at venues anywhere else in the country might struggle to find buyers for the 270,257 tickets available (13 x MSG's 20,789 capacity).  But the New York metro area is huge and Madison Square Garden itself holds a certain draw for travelers.  While this isn't the typical summer tour of lot scenes, long drives and campgrounds, some wil be disappointed, but I don't thing that will ultimately deter these tickets from finding owners.

The fact that the shows cover three seperate weekends, plus a couple of Tuesday/Wednesday mid-week specials lines up nice for folks just looking to catch a few.

Prediction: complete sell out.  The only question is: how fast?

2.  What will be ticket value on the secondary market?

That said, I think substantial number of these end up on the secondary market due to the five month lead team to purchase tickets and Phish fan tendency to buy up tickets "just in case".

This inventory should drive secondary ticket prices into relatively affordable ranges and those with patience, and any sort of network, shouldn't have a problem acquiring them.  With 13 shows at the same venue, none (other than perhaps the Saturday or Friday nights) will seem like "the show to be at".

The phrase "everybody gets in" likely will apply here more than just about any other run.

3. How many fans will attempt to purchase the The Baker's Dozen package? Who will actually going to all of em?

Phish is offering a Baker's Dozen package -- 13 shows for the price of 12.  While many will attempt to secure tickets via this method, that's a significant commitment in time and dollars to the cause.

If you're from out of town, spending that kind of time in NYC can be a costly proposition.

If you're from in town -- wouldn't real life get in the way of at least one of those shows?

I wish there were an accurate way of counting who gets to all of them.

4. What's the most likely scenario for the "average fan"?

While some touring freaks and Phish lifers will certainly attempt the entire Baker's Dozen, most will probably fall into similar pattern as previous summers.  They'll pick a run of shows (or two) and have a go at it.  The fact that these are all in the same place notwithstanding.

With all shows going on sale at once, it's possible that plans and tickets acquired don't exactly line up.  I bet there will be considerable post onsale scrambling / trading to piece together the desired runs.

5. How will this run shape up musically vs. a typical summer tour?

While contours of a typical summer tour are influenced by its structure -- one off shows vs. multi-night runs, old standbys vs. new venues, out-of-the-way/destination stops vs. city stops -- the dynamics are thrown off for a long residency.

Will we still see the "Saturday Night Special"?  Should we still "Never Miss A Sunday Show"?  How often will we see repeats?

Which brings us to...

6.  Will the band try to incoporate themes or anything "special" into the run?

Interestingly, the concept of The Baker's Dozen was first floated in a 2007 Relix interview with Page McConnell.  The band was broken up at the time.

Another idea had them playing a “baker’s dozen” of shows – 13 nights in Madison Square Garden, say, or, adding another layer of classic Phish humor to it all, the Providence Civic Center, rebranded by corporate interests as the Dunkin Donuts Center. Riffing on that absurdity, the band imagined giving away free donuts and even basing the theme for each show around that night’s variety. For ‘Boston Crème,’ a setlist might have included covers of songs by Boston and Cream.

The graphics and video for this run are highly suggestive of donuts. Perhaps there is something more to it than meets the eye. 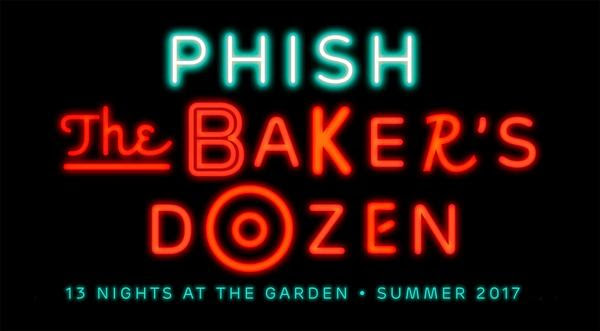 CID Entertainment has got you covered starting at $1800 for a three show run.  *Gulp*

8. Will lack of travel (for the band) have any bearing on the run?

No travel between shows, or on off days, means everybody is together in the same city and with time on their hands.

The band can use this time for leisure or for work.  If just the fraction of time they'd typically spend on airplanes, buses or checking into hotel rooms is spent in the rehearsal room, this could be a very special run indeed.

9. What will the blockbuster after-shows be?

There are no shortage of venues in New York City, or opportunistic bands willing to position themselves as the hot place to be after (or before) the main gig.

Within hours of the initial announcement, moe. has already dropped a post-Phish show 7/21 at PlayStation Theatre.

With many bands hoping to be on the road during summer weekends with festivals or tours of their own, I would expect a diverse lineup of folks willing to cash in.

Keep your eye, in particular, on Brooklyn Bowl who program great stuff regardless.  This could end up looking like a multi-week summer festival with Phish as the thirteen night headliner before this is all done.

10. What actually provoked this?

It was hinted in interviews late last yeaer that 2017 would be a light touring year for the band, with something "different", lending much credence to early Baker's Dozen rumors.

This could merely be a "shake things up" move to get out of what has become a fairly routine summer touring schedule.  They'd put themselves in different settings and presumably different mindset.  We'd call that a somewhat creative decision.

Or it could be a response to softer demand in non-core markets -- a chance to increase interest outside of the Northeast in subsequent years when a show isn't taken for granted.  We'd call that a business decision.

Realistically, it's probably a mix of both.

11. What does it imply for next summer?

That's the bigger question.  Will it be a heavier touring year to balaner 2017 out or have we witnessed the dawn of the "new normal"?  Time will tell.

12. Will NYE be somewhere else?

Ask any fan the first three letters that pop into their mind when you hear MSG, and you'll likely get N-Y-E.  Sure, the annual blowout has occasionally been in Florida or Massachussets, but YEMSG and New Year's Eve have nearly become synonmous.

Will the band be ballsy enough to return to MSG for four more shows after 13 in the summer?  Sales for a holiday run are probably not an issue, after all.

Prediction: NYE is somewhere else.

Labor Day.  It's what seperates summer from fall.  But which is it?  Summer or fall?

With the abrupt language in Phish's email -- "The band will not be touring this Fall" -- intended to send folks into BUY mode for these shows, perhaps some may be holding out for a Labor Day return to Dick's Sporting Goods Park in Colorado.

I say Dick's counts as summer and the language was chosen carefully.  It did not, after all, state that these will be the last shows of 2017 or last shows until New Year's.