Phish Releases Big Boat... But Why? 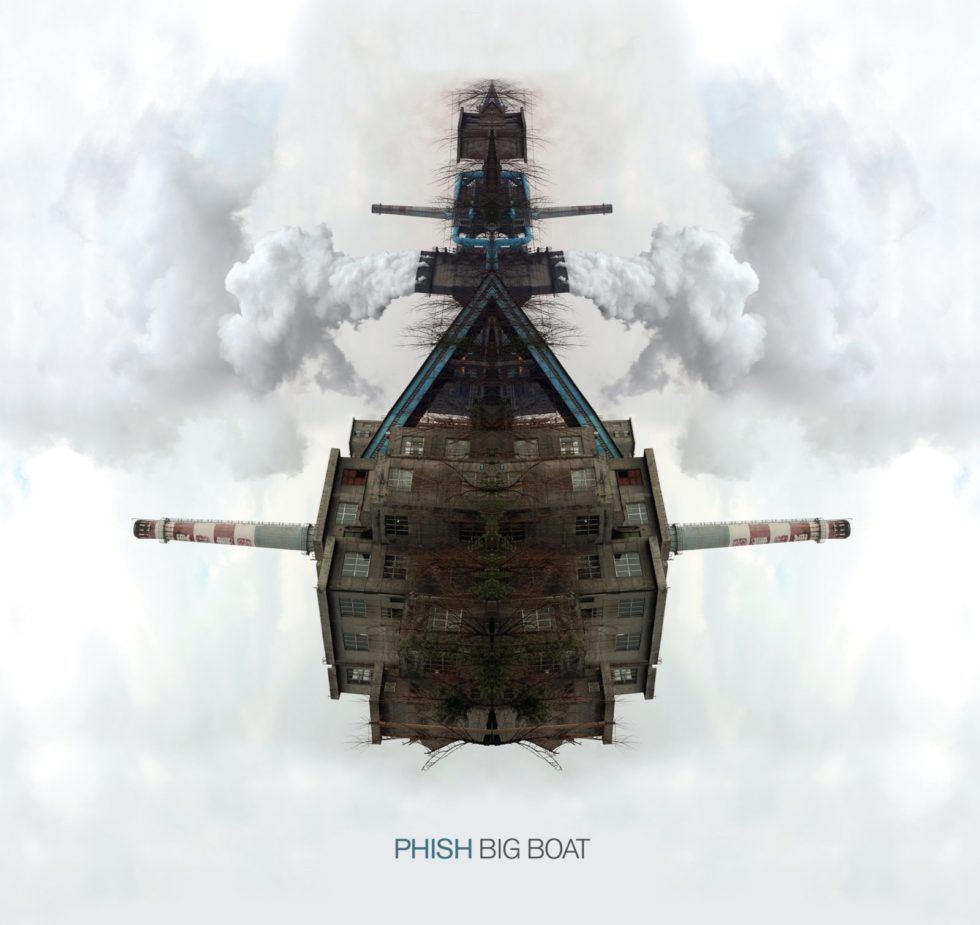 As we approach release of Big Boat, there's something that's bugging me, and it has little to do with what's on the record.

It's more of a philosophical question:  why does this thing even exist?

From the beginning, Phish has been a band whose business choices have been just as bold as their artistic and creative decisions.  As band that's decidedly different and had to be marketed differently, they've been at the vanguard -- blazing (like a comet?) a path that has continually demonstrated that you don't have to do things "the way they've always been done".

They allowed, even encouraged, live recordings to bolster a touring business in the age of lucrative record sales.  They offered mail order and subsequently web-based pre-sale tickets directly to fans.  They were the first to plan and coordinate their own massive multi-faceted festivals ("Thanks" - Bonnaroo, Lollapalloza, etc.).  The LivePhish series was a new way of offering live recordings and they cultivated the merchandising side of the business in a way that's been copied exhaustively.

They pioneered next day downloads of the live show.  They remain at the forefront of offering paid live webcasts. They've worked with VIP houses to offer travel and luxury packages to fans.  Even their deal with Coran Capshaw's Red Light Management was a forward-looking business decision, allowing the band to focus more on the creative side.

Clearly, Phish is not afraid to break new ground in putting themselves out there as a product to be consumed and monetized.  And they've found success in most of it.  So, why then, are they still putting out a physical album of studio-recorded tracks like this was 1975?

It's a choice that feels more "relic" than "leader".  The music industry game has changed.  It's a streaming world and, although it kind of sucks for olds like myself, it's a singles / tracks world.  It's an on-demand, social media-driven landscape.  Hype lasts just a fleeting moment.  There is no long tail.  An album no longer means what it used to; it's one of the last vestiges of an extinguished age of merchandising and marketing.  It seems most people I know are over Big Boat... and it's not even out yet.

Is Big Boat a way to get new fans?  The new music business paradigm is to always be a part of the conversation.  While that's hardly been a problem for passionate Phish fans.  What's the use of dropping 13 tracks all at once, especially if more than a handful will be underwhelming?

Phish is a band who is largely out of the public eye for ten months a year anyway.  What if these tracks (plus out-takes) were dropped once a month over the course of a year? Some would generate considerable buzz, some would probably fade away quietly.  Good or bad, there'd be some new Phish out there year round, something that hasn't occured in years.  There'd be some data for the band to measure and a way to enage fans and even monetize that engagement.

Is Big Boat a way to get played on the radio? To increase exposure and accomplish the same?  Radio play for a band like Phish has never meant less than in 2016. NPR debuted Big Boat on their website -- will they ever play a single track?  Of course, the echo-chamber of Sirius XM will give it some spins, but that's niche and predominately preaching to the choir.  Although these tracks seem ready made for rock-radio, their chances of catching on are slim in the face of younger, fresher competition.

Is it just an excuse to work with a producer like Bob Ezrin?  Well, they can still work with him, or whomever, in a new model.  It might even give them the flexibility to create different looks as certain personell become available rather than package everything up together as the product.  It seems like this album was recorded in fits and starts anyway.  Why not offer a glimpse of what the band is up to at any given time?  A real time audio window into the inner workings of the band?

Is it a way to boost ticket sales for their fall tour?  Phish tickets gonna sell.  They've seemed to master the art of supply and demand at this point in their career and I hardly think Big Boat will have much of sway on that.  In fact, it may actually have the opposite effect, filling first sets and (lord help us) second sets with songs that haven't been road-tested or been weeded out.

Maybe it's just that they listen to (and love) albums -- and just feel like making one. Understandable, but for a band who has rarely played by the rules, it sure seems like "playing it safe" -- which can also be a three word review of the album itself.