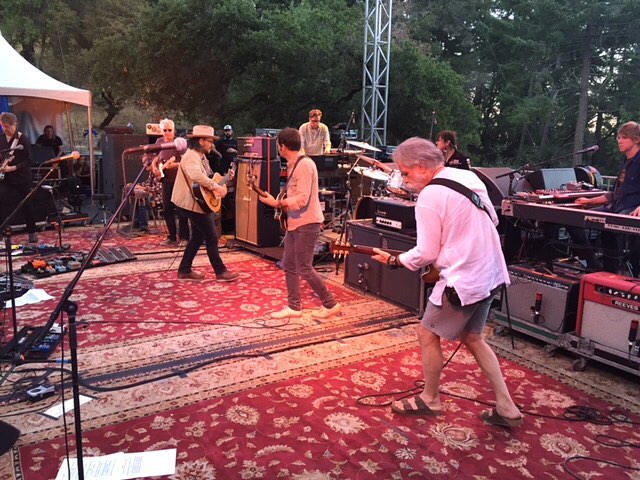 Bob Weir has some history appearing with Wilco (he even guests on their contribution to the enormo-Dead Tribute Album Day Of The Dead, "St. Stephen").

He joined the band again last weekend in California as a part of their Schmilco tour, and recently full video of the sit-in has emerged, and interestingly they bypassed the Dead covers altogether.

Jeff Tweedy causally introduces the guest ("I hear he's from around these parts") before the location appropriate "California Stars" (captured by Ramie Egan).

They dip into the covers side of the house with Bill Frisell and Greg Leisz (yes, there were enough amps) for a lengthy take on The Beatles' "Tomorrow Never Knows" (captured by Paul Stefansson) 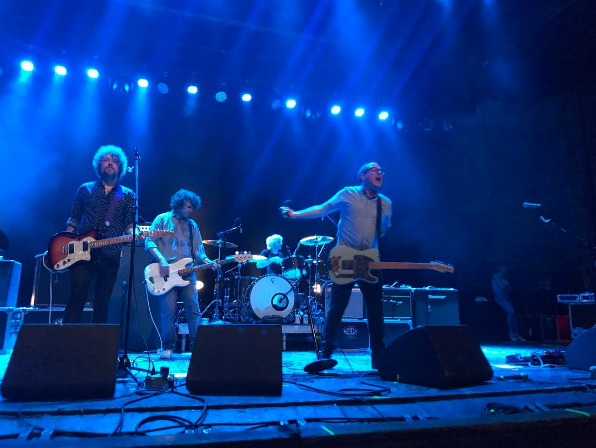