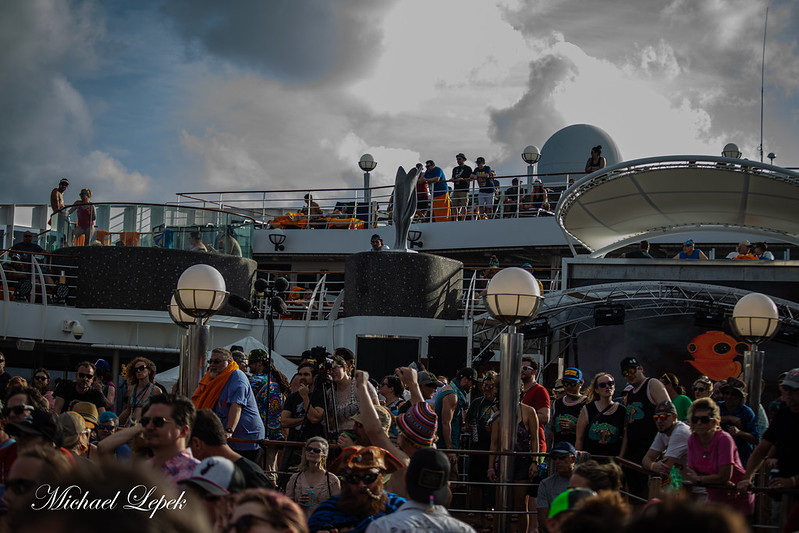 Not caught up?  Here's Day One and Day Two.

Day three brought us to the first of two Days at Sea. By this time, fellow travelers are becoming familiar. You may have shared a ledge for Pigeons, or hung out next to each other on the stairs at Ivan’s Atrium set, or “I remember you and your crazy costume last night!”

I started my day on the pool deck with another yoga class. This one had music from Joe Hertler and the Rainbow Seekers. While yesterday’s class was under a gazebo with a nice breeze off the beach, today’s was directly under the sun. The “rainbow” above us on the stage definitely gave us yogis inspiration to make it through the hour practice. I was certainly inspired to track them down later that night for their set in the Black and White Lounge.

Grateful Shred started the real sets on that same pool deck stage. It was fun to go from yesterday’s bluegrass Grateful Dead to some solid rocking tunes from (let's face it...) many cruiser's favorite band. As Anabelle said in her intro, if not for the Grateful Dead, many of us may not have made the musical explorations that find us on this musical boat. Without their music, there may not be a Jam Cruise. The band did not disappoint running thru a number of standards, and killing it with the obvious choice of “Ship of Fools.”

I stayed put for another Jam Cruise newbie and Samantha Fish thoroughly shook the boat. She had no problems feeling right at home on the pool deck and took us through a number of originals, many from her latest album. She is a complete package with the old school blues seasoned with a little New Orleans. Add in the stage presence and striking looks and she is a literal N’awlins storm taking over the ship. 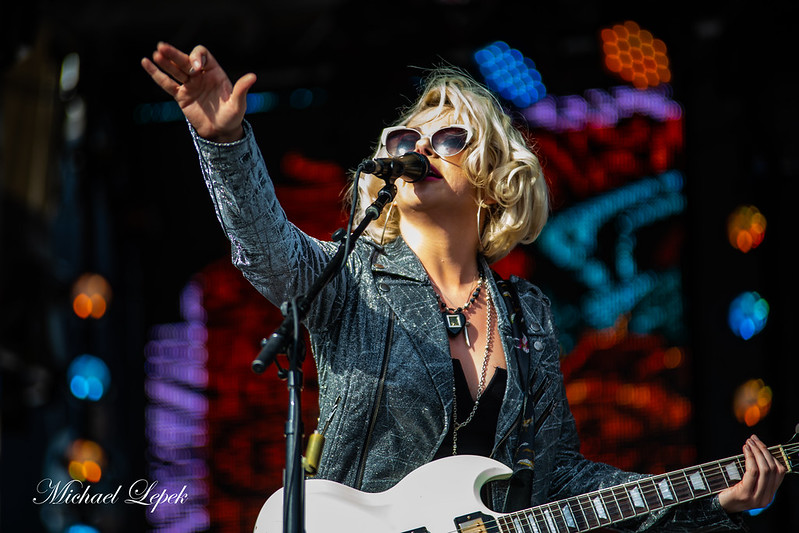 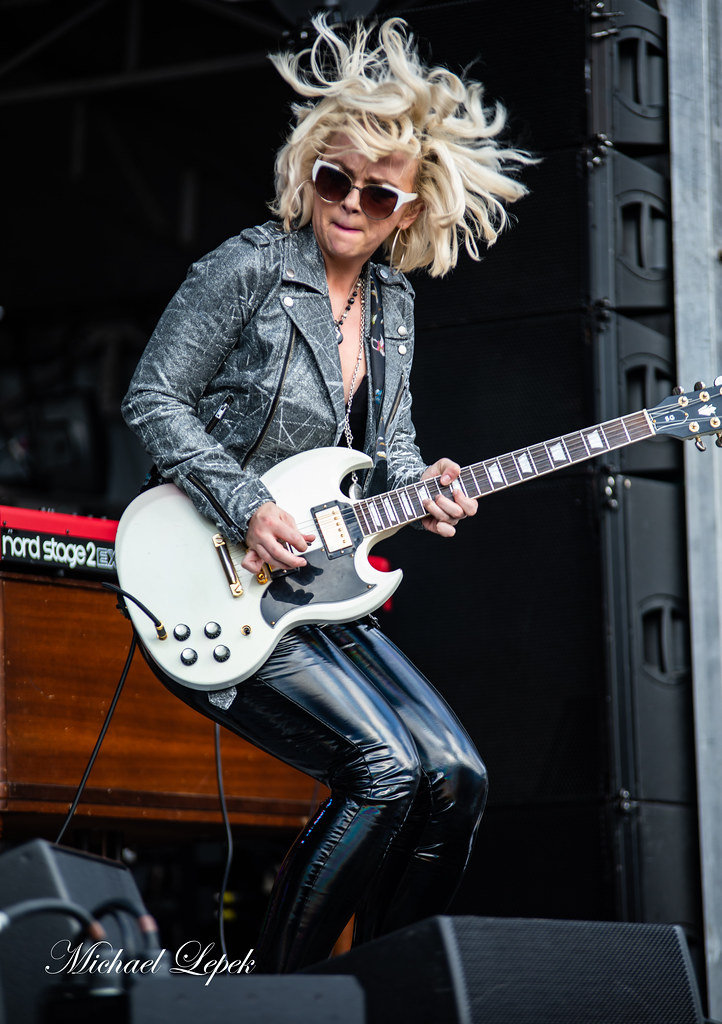 Next stop, the Garden Pool for my first experience in this more intimate and unique setting. The Garden Pool is a small stage set up at the front of the boat surrounded by a saltwater pool and a sunning area with a bunch of lounge chairs.

I missed the first half of Lebo’s set while watching Samantha Fish, but got there in time to see him joined by George Porter, Nicki Blum, and Pigeons' Jeremy Schon doing an outstanding folkish “The Harder They Come.” It was a guest swap out as Reed Mathis replaced George and Al Schnier from moe. was swapped for Schon for a beautiful gospel “Amen.” 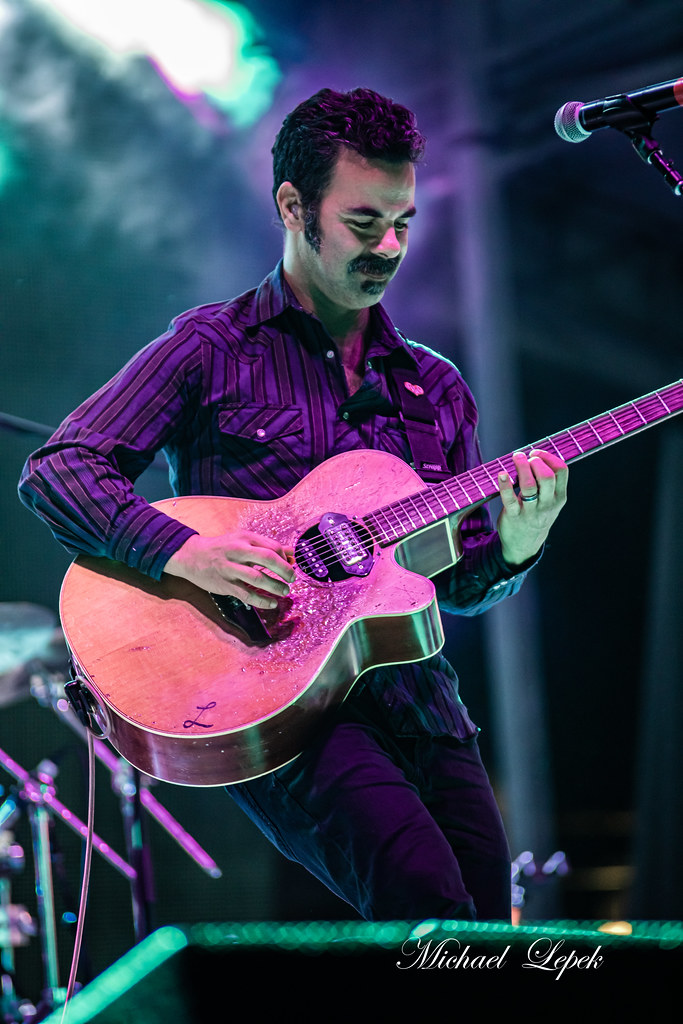 A funny side note: I was sharing a step with Al without even knowing it for the whole “Harder They Come”. This is one of the great things about Jam Cruise. Once on the boat, there is very little difference between musician and voyager. Some are just a little more talented musically.

I stayed put once again for the next set which was a stripped-down solo autistic set by Tom Hamilton. He mentioned that this was something he doesn’t do often and how he had stressed a little all day about it.

There was no need to stress. He was spectacular -- playing a few originals and then a sweet rendition of the Boss’ “Thunder Road.” Hamilton joked that it was a song he wrote during his early years. He finished by calling up his Ghost Light bandmates for “Best Kept Secret.” Holly Bowling, Raina Mullen, and drummer Scotty Zwang added vocals to Hamilton’s acoustic guitar. It was a tasty appetizer for the entree later that night.

Over the next couple of hours, I bounced around the boat, catching bits and pieces of sets. First Keller Williams solo on the pool deck. He opened with ”The Big One” where the Alpine Valley references got some cheers. He brought Mike Dillion out for some xylophone accompaniment where -- among other things -- there was a quick nod to the George of the Jungle theme song. This was perfect, considering the costume theme of the night was All Toons On Deck, and everyone was dressed as their favorite cartoon character.

I moved to the theater to catch some brass blasting with New Orleans Soul Rebels, followed by Mahali and Torrin Daniels in the Jazz Lounge. The billing was a bit deceiving, After one song it became the full Kitchen Dwellers and Mihali. They nailed “High on the Mountain Top” and turned some Twiddle songs from reggae jam to bluegrass. Then it was back to the pool deck to hear the end of Keller’s set with the oldie “Freaker in the Speaker.” Could this song really be as old as Jam Cruise??? 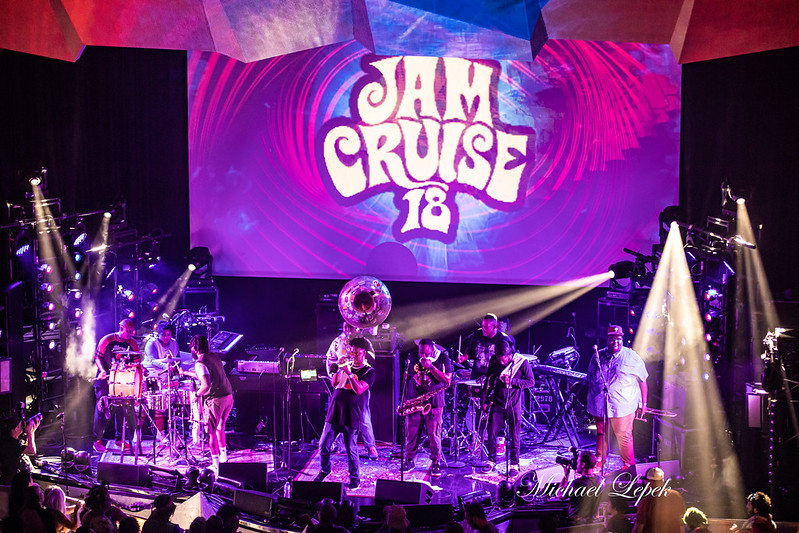 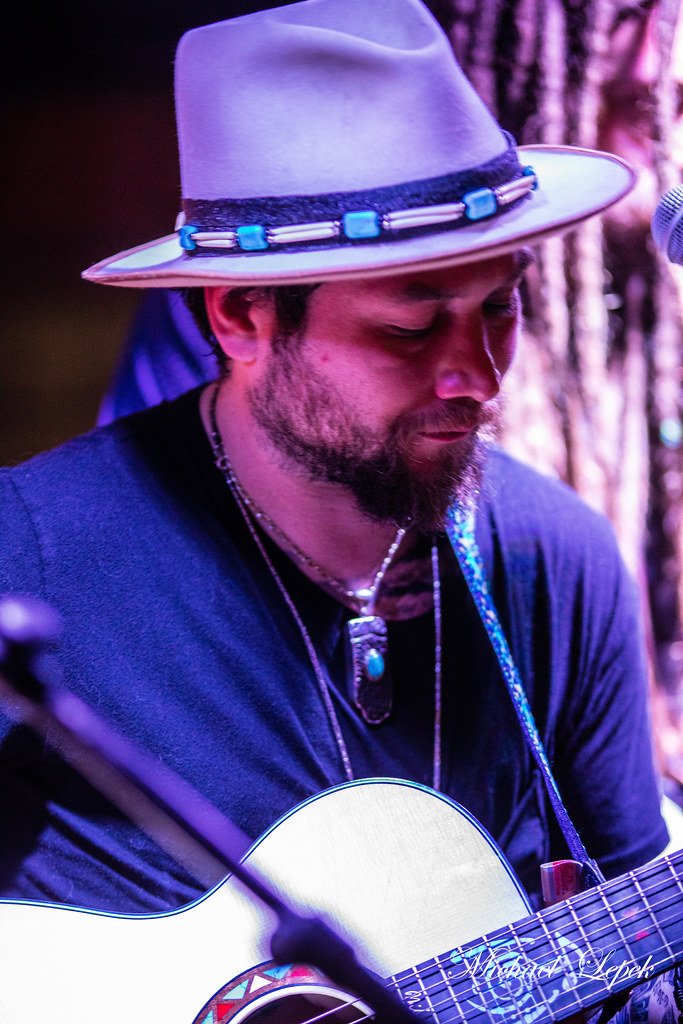 It was then time for another Cruise Virgin with Ghost Light taking the main stage. I have seen this band a handful of times in the past year and a half. They just get tighter and tighter. There is a connection between Tom and Holly that is something special as they book-end the band from right to left. The under-the-radar gem is Raina who is not only a powerful voice but a perfect rhythm guitar to Hamilton’s lead. 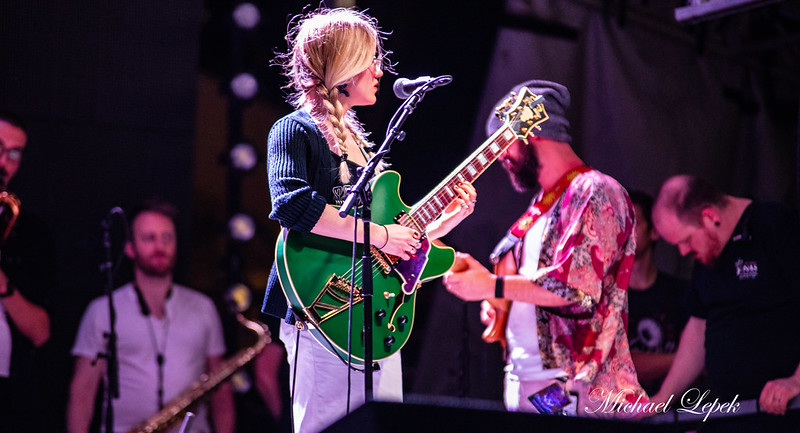 It’s high praise but their interplay is similar to Garcia and Weir where is it less backing rhythm and more filling in the empty spaces. As they usually do, their set is a no-break affair, weaving in and out of songs and returning to the main riff of an earlier tune only to move onto the next. “Keep Your Hands to Yourself” and “Best Kept Secret” were the continuing strings throughout the whole set. 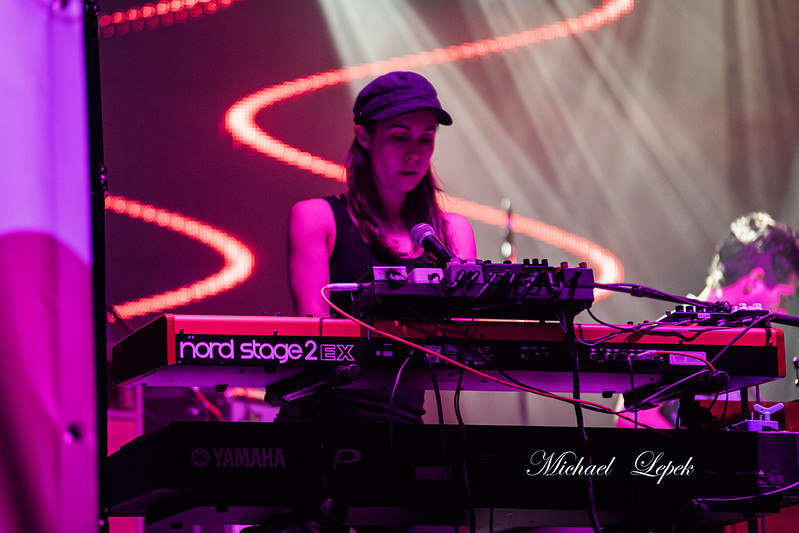 In what could arguably be the ultimate Jam Cruise moment, a brief rainstorm hit at the musical crescendo leading back into “Best Kept Secret.” As the band peaked and sang the “Let it Roll!” chorus, the rain came down as if it was theatrically timed. It was reminiscent of the rainbow appearing after the first set of the Fare The Well show in Santa Clara. You can’t plan nature like that, and like the rainbow, it was another magical moment that I feel lucky to have experienced.

I followed thru with my promise to see the Rainbow Seekers, and they were a lot of fun. The lead is basically shared between guitarist/ vocalist Joe Hertler and sax player Aaron Stinson. They sound like a jam version of a radio band from the 90s, and proved it with a cool version of the Wallflowers “One Headlight.” 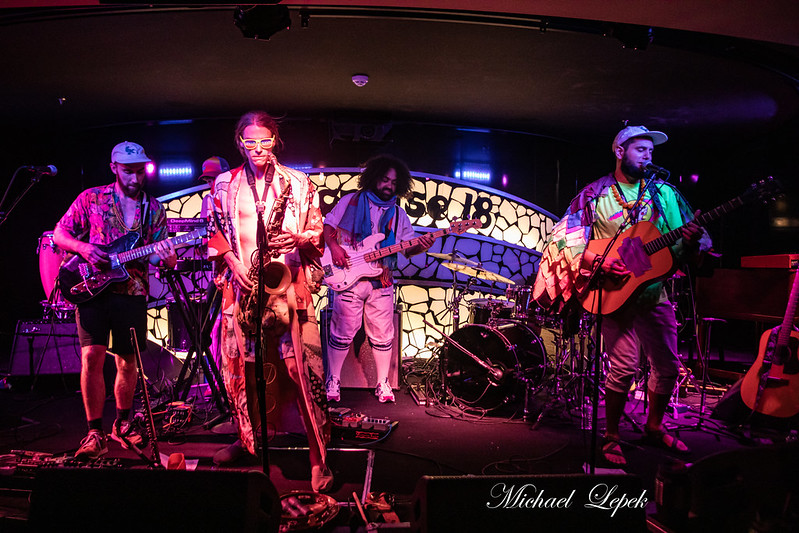 Then, it was back to the Pool Deck for Lotus. Annabelle introduced them by saying there was a full-blown campaign called GLOTS - Get Lotus On The Ship. It worked. This was just as amazing as their first set in the Theater. Steve Kimock was invited out as a guest and fit in as though he was an original member of the band. 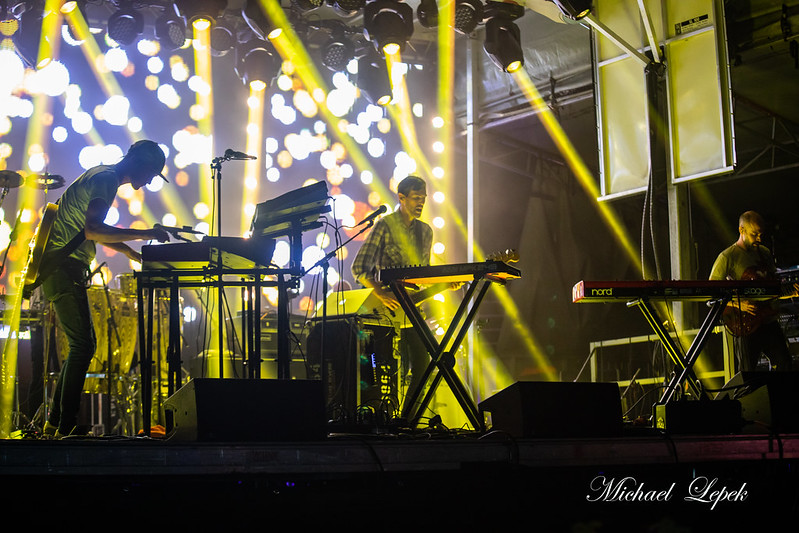 The theater for Karl Denson’s Tiny Universe was so loud it left my ears ringing. The band is so much joy to watch as they play and dance like a souped-up version of the Temptations. A slicked-up Eric McFadden in a suit was part of the band for the night and absolutely shredded. Denson just watched him and smiled. 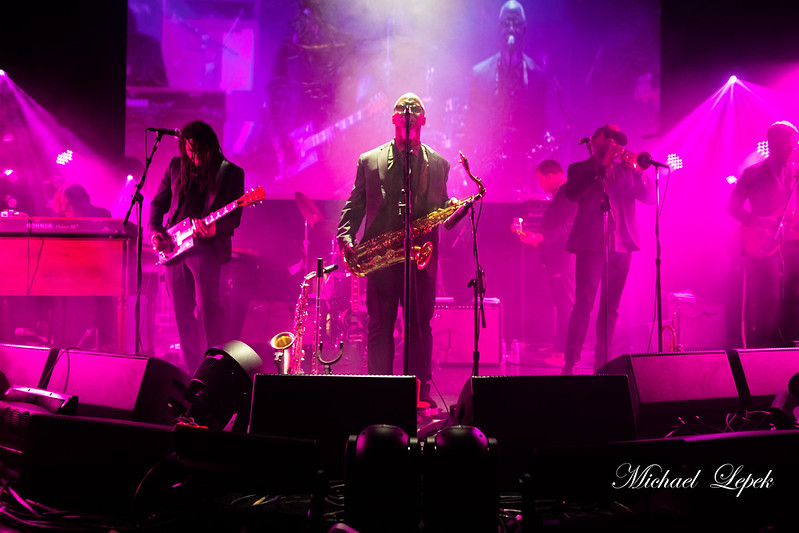 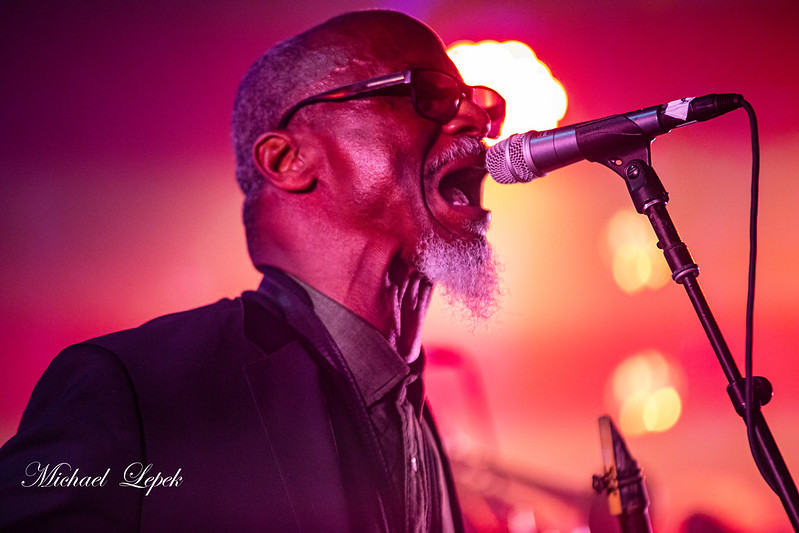 Another night, and another venture to the Jam Room. This was probably my favorite as Kyrina Rykman was night’s host. 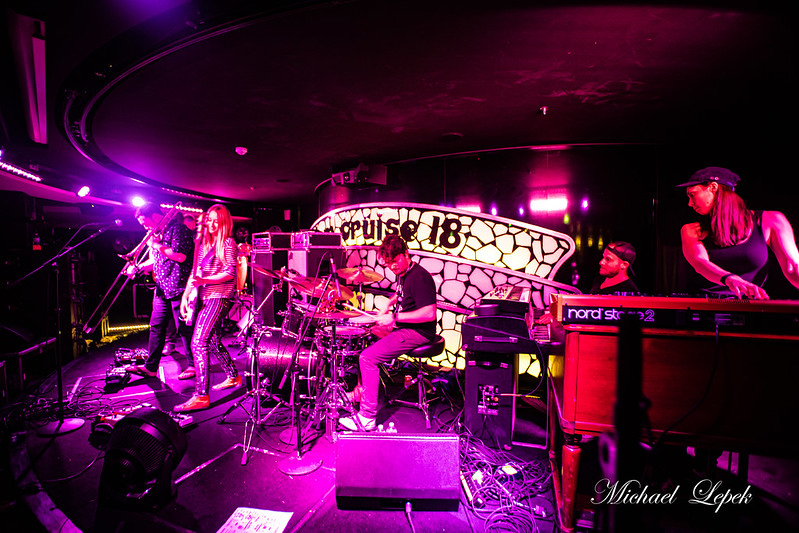 The talent and soul in such a young person left me awestruck. She was accompanied by John Kimock on drums. I am not sure if they have ever played together before, but they were completely in sync for a heckuva a rhythm section. The stars continued to come out as Aaron Merger and Holly Bowling showed up to each play keys, as well as both Pigeons guitarists.

But the highlight -- and another of my top 5 moments -- was when Karina coaxed Dumpstaphunk’s Tony Hall to join her for a serious bass dual. It was back and forth between the two with what seemed to be a Woman Are Smarter/Aiko-Aiko beat. 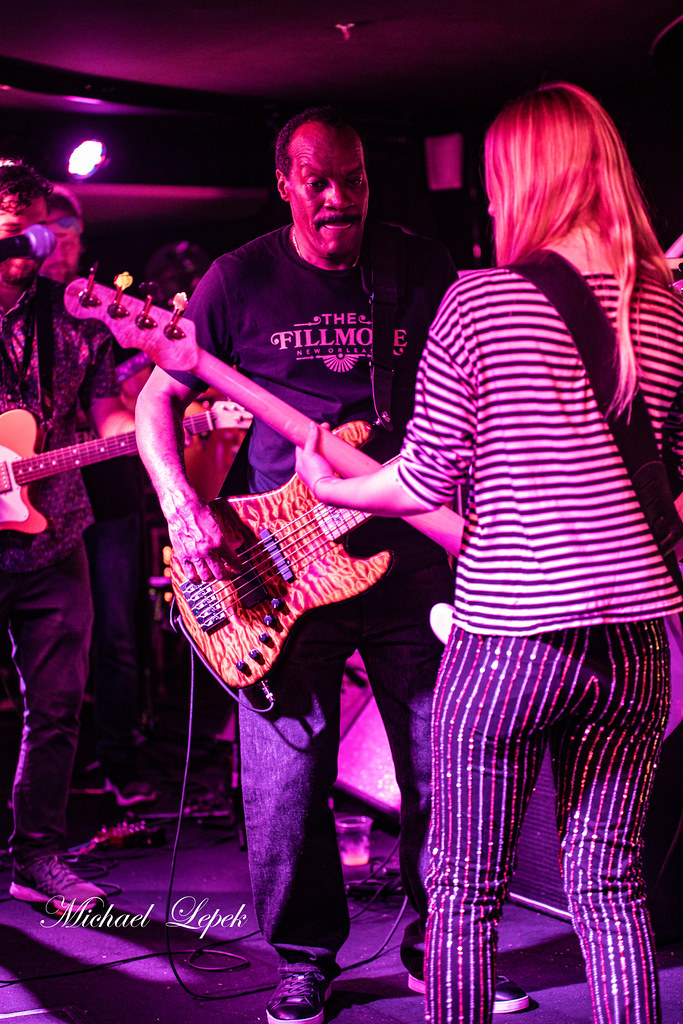 Old and young were represented in a phenomenal moment I will never forget. These are the memories that only happen on JamCruise.

Cruise On!  The adventure continues on Day Four. 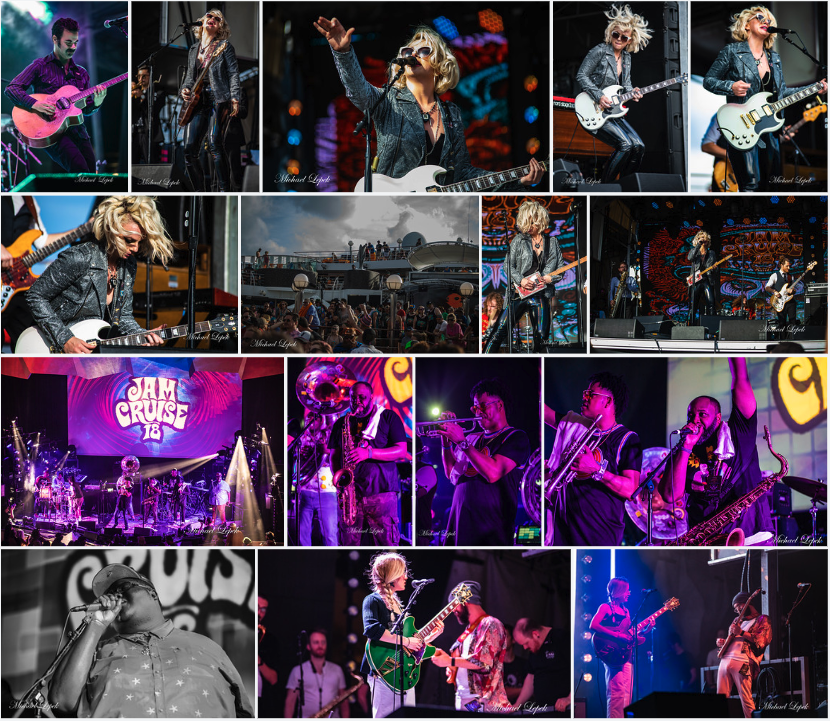 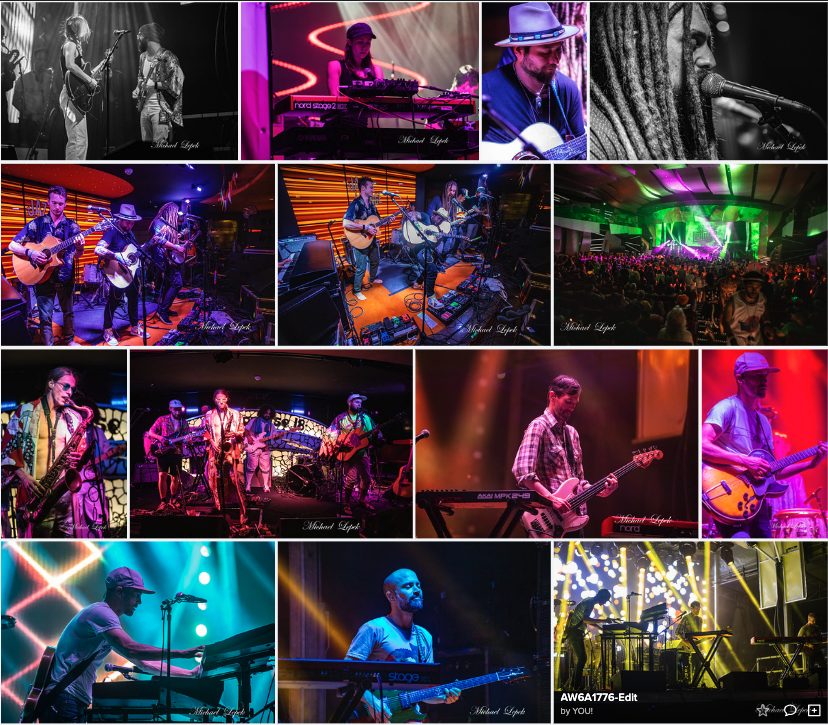 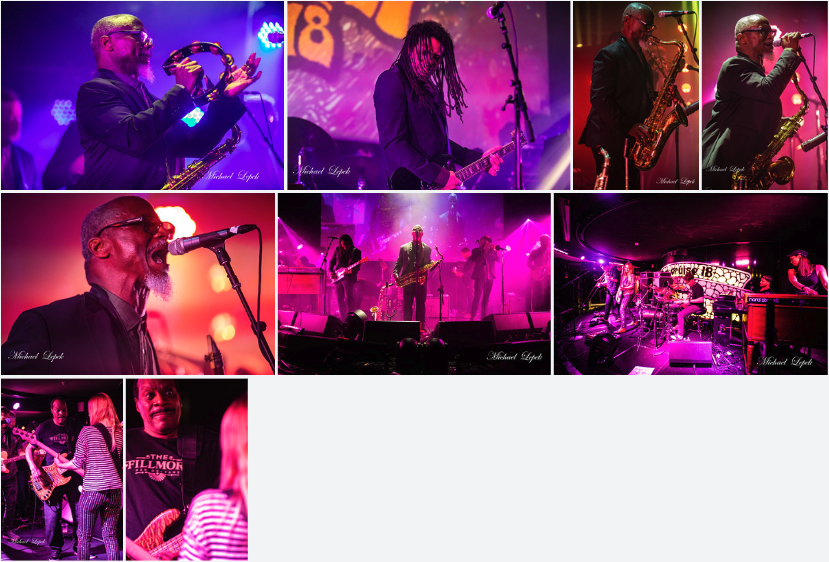