So Many Roads is an academic symposium held at San Jose State University that focuses on Grateful Dead phenomemon.

As you might expect, there's some data driven research as well.

Had to share this one that popped up on my Twitter feed via Jesse Jarnow (@bourgwick), who attended the conference and shared a picture of this map by Hannah Gunderman -- breaking the location of  businesses whose names refer the Grateful Dead.

So Many Roads will bring together scholars, participants, and enthusiasts for a ground-breaking four-day international conference and symposium exploring the meaning and impact of the Grateful Dead phenomenon.

She's got several hundred on here, but I'm sure there are many yet uncataloged. Sunshine Daydream in the Chicago area leaps to mind. What else has she missed? 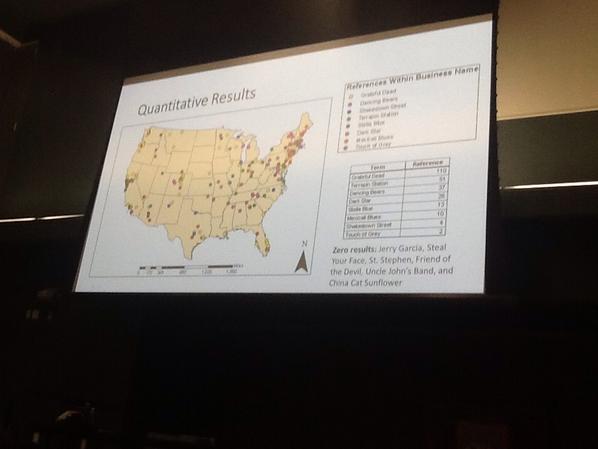